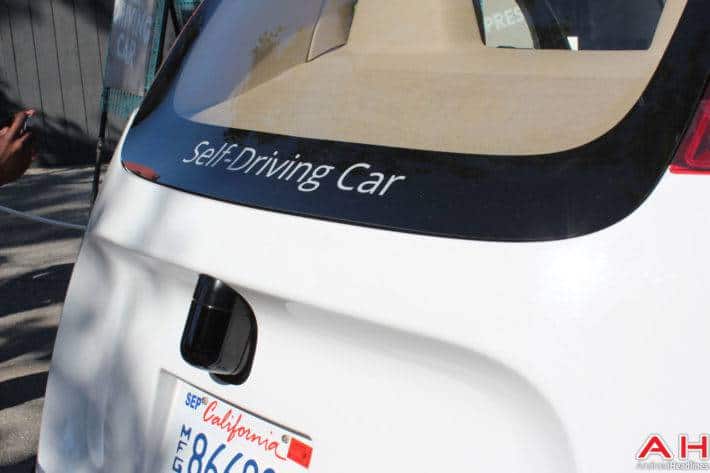 According to a recent survey conducted by AlixPartners, a large percentage of drivers in the United States are reluctant towards self-driving cars and claim that they may not consider purchasing an autonomous vehicle once the technology will be available to the general consumer. This reluctance is attributed to a wide variety of factors, including the fear of software malfunctions or the system not recognizing new driving environments. Many survey participants also expressed concerns towards hardware malfunction and the possibility that autonomous vehicles could be remotely hacked.

AlixPartners conducted the recent survey with the help of 1,500 drivers in the United States, and according to the research, there are many factors leading to potential customers not being eager to relinquish control of the steering wheel. 84 percent of participants fear that self-driving vehicles are susceptible to software malfunctions, while 80 percent are more worried about potential hardware issues. 79 percent seem to be worried about the autonomous system’s capability to handle extreme situations like the popular trolley problem, and fear that self-driving cars are unable to choose between protecting the vehicle’s passengers or others involved in an accident. 77 percent of participants fear that their autonomous vehicles could be hacked and controlled remotely, while 75 percent are worried that their vehicle and personal data may be stolen. An unsuitable road infrastructure also seems to worry 76 percent of American drivers, while 74 percent fear that it may be too difficult to control an autonomous vehicle. Lastly, 70 percent of drivers don’t trust autonomous technology to determine whether the vehicle should be moving faster or slower according to the surrounding traffic.

Interestingly enough, the research also shows that 78 percent of potential self-driving car adopters in the United States have more trust in companies such as Apple and Alphabet’s Google to develop autonomous software. In contrast, when it comes to developing hardware, 79 percent of participants have shown more trust towards traditional automakers such as Ford Motor Co. and General Motors. Lastly, only 1 percent of drivers seem to have faith in ride-hailing services to develop hardware and software for self-driving vehicles. Today, numerous carmakers aim to launch self-driving vehicles on the market within the next four years, and according to AlixPartners, car manufacturers will have to educate the consumer in regards to self-driving technology. The key to increasing their trust is to take them for a ride in autonomous vehicles, says the firm, as the research shows that participants who have previously had the chance of experiencing a self-driving car are nearly twice as confident in regards to safely compared to drivers who have not yet ridden in an autonomous vehicle. 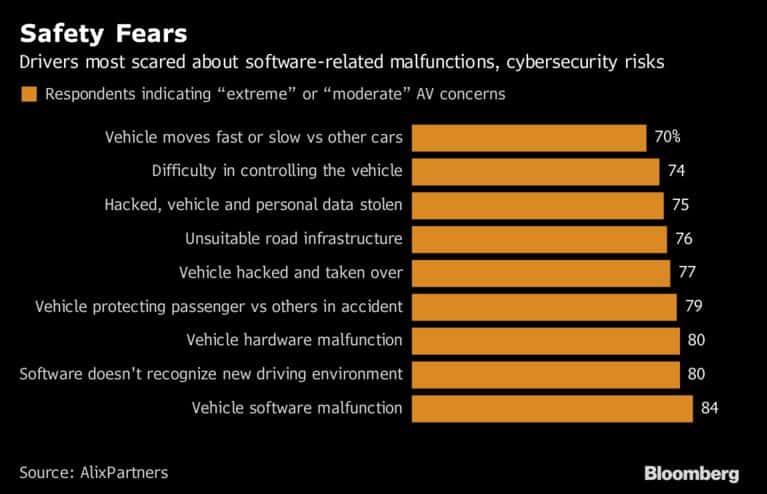 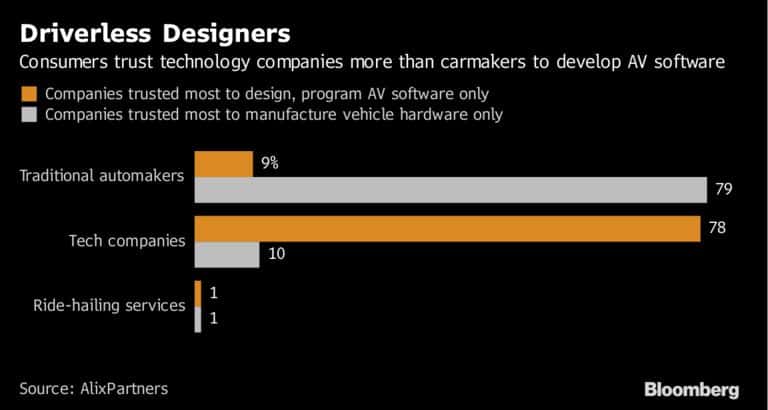