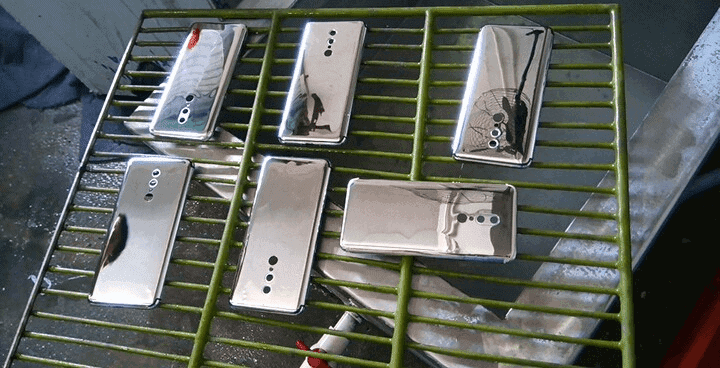 The Mercury Silver Edition of the UMIDIGI S2 Pro leaked online earlier this week, with the image that can be seen above originating from the Chinese phone maker's home country. The special variant of UMIDIGI's smartphone has already been announced earlier this summer but wasn't actually seen in a real-life image until now, with the company previously only sharing several renders of the device. The newly uncovered photograph shows six identical handset models with a glossy silver finish that's limited to this particular variant of the S2 Pro.

Much like the original device, the S2 Pro Mercury Silver Edition is set to offer high-end specs in an affordable package, with the company opting to equip its new flagship with a sizeable 5,100mAh battery which should be more than capable of getting you through the day on a single charge and is rated for nearly 800 hours of standby time, the firm previously revealed. The main selling point of the new revision of the S2 Pro is its eye-drawing aesthetic, with the phone itself still adopting the metal unibody design of the original lineup. UMIDIGI's new offering comes with a 6-inch display panel with an FHD+ resolution, boasting a tall aspect ratio of 18:9 (2:1) which original equipment manufacturers started adopting en masse over the course of this year. The S2 Pro is also powered by the MediaTek Helio P25 SoC and 6GB of RAM, features 64GB of internal storage, and comes with two 13-megapixel Sony sensors on its rear panel, in addition to boasting a 16-megapixel front-facing camera module.

It's currently unclear when the Mercury Silver Edition of the UMIDIGI S2 Pro is meant to hit the market, though recent rumors point to a late October release. Other variants of the flagship should be out by the end of this month, with UMIDIGI already confirming that pre-orders are opening on Monday, September 18. The company is also organizing a pre-sale period during which all buyers are eligible to receive a $50 discount on the handset, as well as a chance to get one S2 Pro unit free of charge. Refer to the banner below for more details on UMIDIGI's latest promotion.

Advertisement
$50 Discount + Chance To Win The S2 Pro
Advertisement
Trusted By Millions
Independent, Expert Android News You Can Trust, Since 2010
Publishing More Android Than Anyone Else
29
Today
186
This Week
106
This Month
4093
This Year
105570
All Time
Advertisement