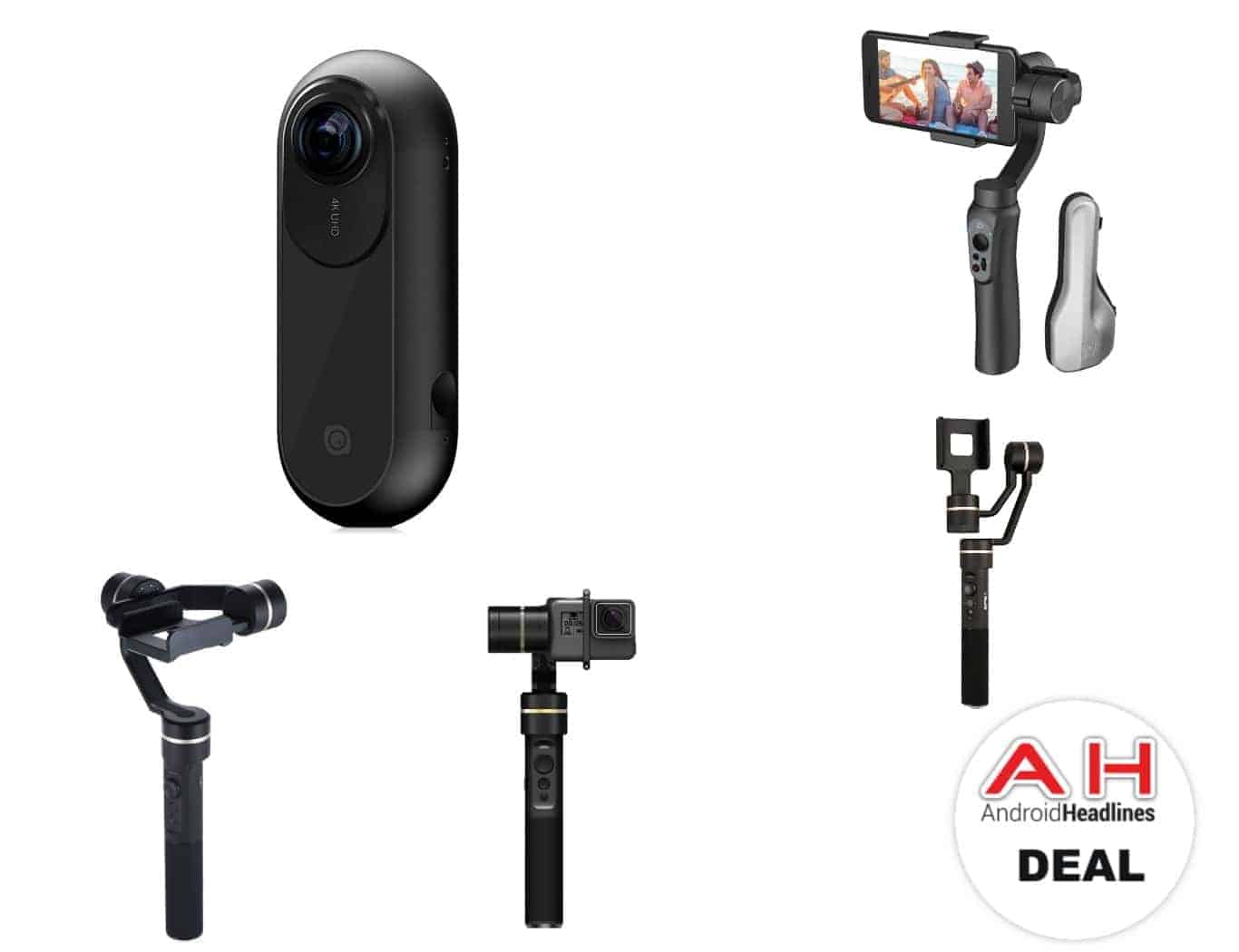 If you are in the market for some new camera-focused accessories then it is worth knowing Tomtop now has a number of products including gimbals and 360-degree cameras at discounted prices. To take advantage of these price reductions, simply use the relative coupon code listed below during checkout. Although some will not need a coupon code at all as they have been dropped in price to reflect a limited time flash sale. Which does mean that supplies are likely to be limited.

Gimbals are a great way to make sure the images and videos you take with a smartphone look as good as they can, as one of the most obvious benefits of a gimbal is that it can be used to steady the shot. An aspect that while good for any image in general is certainly beneficial to those who take videos on a smartphone and especially while on the go. Resulting in video quality which is as steady while moving as it is when standing still. Anti-shake features aside and the gimbals of today now also come with a number of additional features for extra added value. So besides the ability to pan, tilt, and roll, you can also expect aspects like a built-in battery which not only powers the unit but can also power external devices – like for example powering the smartphone attached to the gimbal. Likewise, some gimbals are also compatible with corresponding Android apps which offer even more advanced features like face-tracking, time-lapse, and more.

If you are not in the market for a gimbal but are looking to improve the quality of your mobile photography endeavors then the Insta360 ONE 4K 360° VR Video Action Sports Camera is also on sale today. in addition to being a small and portable camera, this is one which is capable of recording in 360-degrees making it an ideal option for those looking to capture more immersive videos, including VR videos 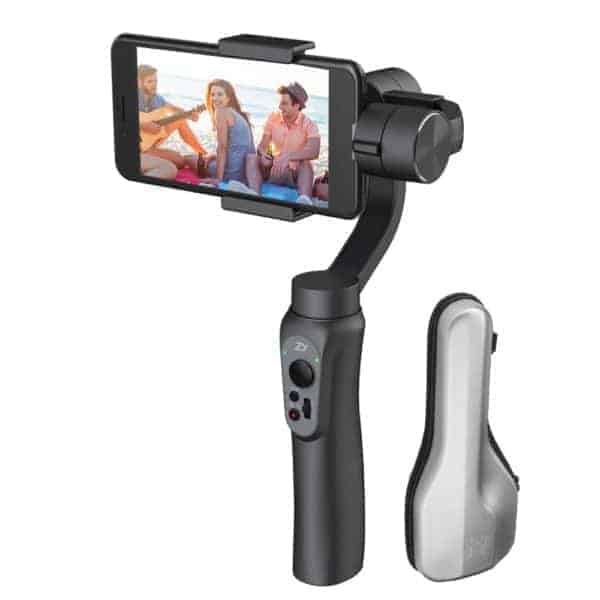 The Zhiyun Smooth-Q 3-Axis Handheld Gimbal Stabilizer is a gimbal designed with smartphones in mind and can accommodate any smartphone larger than 3.5-inches and smaller than 6-inches. This one offers a 360-degree panning angle and also features a built-in 26650 battery which offers up to 12 hours of usage. This gimbal is available to buy through Tomtop priced at $139 although coupon code YYMUS will take $15 off that price bringing the total down to $124. 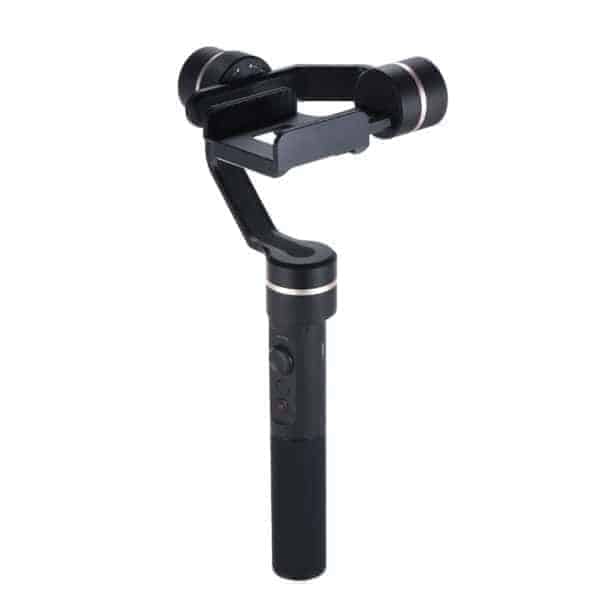 The FeiyuTech SPG 3-Axis Handheld Gimbal Stabilizer is another option built for smartphones, although it can also be used for other small cameras such as the GoPro Hero series. In either case this one is a splash-proof gimbal making it ideal for use in just about any environment and regardless of the conditions outside. This gimbal is currently available to buy through Tomtop priced at $238.99 but coupon code YYMD4882 will bring that price down to only $123.99. 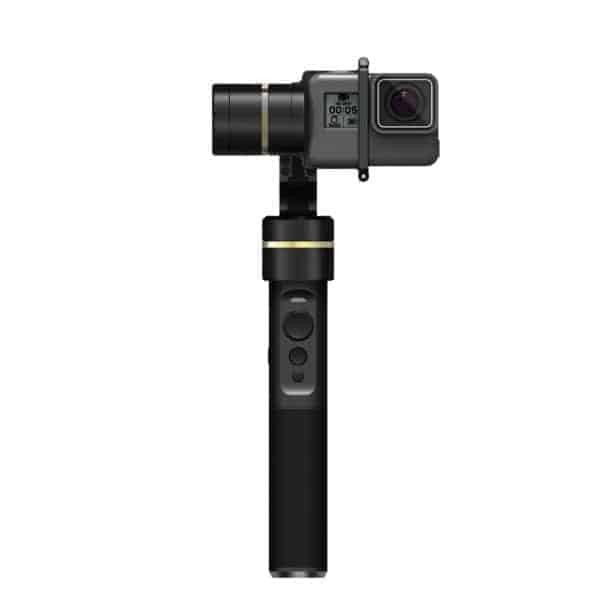 Another good option worth considering is the Feiyu G5 3-Axis Handheld Gimbal. This one also accommodates a wide selection of smartphones and action cameras, and also comes with a splash-proof design, as well as a 360-degree panning angle and a built-in battery offering up to eight hours of usage off the charge. This option does normally cost $252 through Tomtop but coupon code YYD4423 will take $90 off that pricing bringing the final total down to only $162. 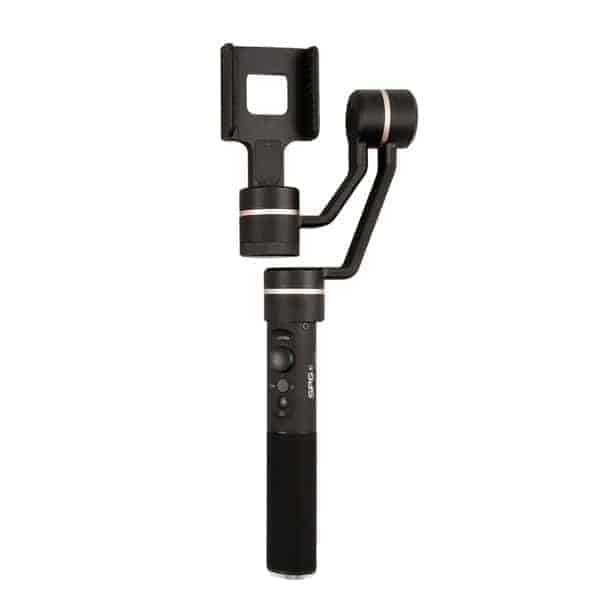 The FeiyuTech SPG c 3-Axis Stabilized Handheld Gimbal is an older version of the SPG gimbal already mentioned although much of the same features and benefits are also on offer with this model. The difference being that it is available at an ever better price than the newer model. For example this gimbal is now available as part of a flash sale priced at only $117.84.

The Insta360 ONE 4K 360° VR Video Action Sports Camera can be used in conjunction with any of the gimbals listed above just as easily as it can be attached to a simple selfie stick. No matter how it is used, this one offers the ability to capture video in 360-degrees and up to a 4K (3840 x 1920) Ultra HD resolution. The use of a 24-megapixel camera along with the various software tweaks, features, and different modes that are on offer, makes this a great option for capturing moments that are far more immersive than what can be captured by a smartphone. This camera currently sells for $417 through Tomtop although coupon code YYMIN will take $118 off that price bringing the final total down to only $299.