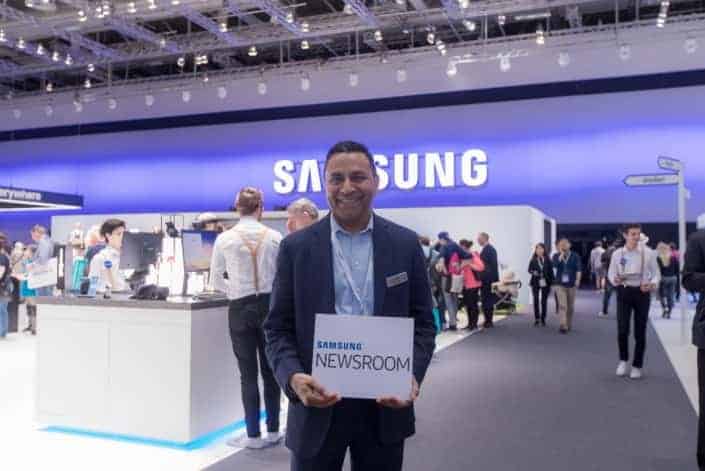 Samsung Electronics’ smart speaker that the company is looking to introduce in the near future will be “unbeatable” and superior to the Google Home and Amazon’s Echo lineup, Harman International Chief Executive Officer Dinesh Paliwal said on Sunday at IFA 2017 in Berlin, Germany. In a statement issued to The Korea Herald, Mr. Paliwal revealed he attended a private meeting with Samsung President and CEO Yoon Boo-keun at the latest iteration of the consumer electronics trade show, with the two discussing a number of topics with their distribution and business partners, including Samsung’s upcoming smart speaker that’s been in the works for over a year now, according to recent reports.

Mr. Paliwal is confident that the “AI platform” of the unannounced speaker will be superior to the one supporting the Google Home and Amazon’s Alexa ecosystems, adding that Samsung and its subsidiary Harman have been closely collaborating on the project for some time now. While Samsung approached the Internet of Things (IoT) segment with some reservations in the past, the wider release of its digital companion Bixby saw the company ramp up its efforts on this front in previous months. However, Mr. Paliwal’s latest comments implied that the two may be working on an entirely new ecosystem which isn’t necessarily reliant on Bixby and is simply compatible with it. The possibility of Samsung making another significant investment in a new AI ecosystem at a time when Bixby is still far from being an established solution remains somewhat dubious, though more details on the matter should be available shortly. 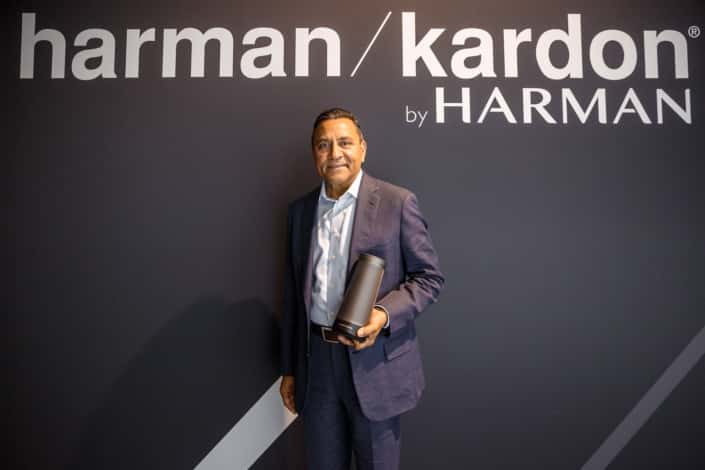 The South Korean original equipment manufacturer (OEM) officially took over Harman in March for $8 billion as part of the largest foreign acquisition in its history. Back then, the company described the deal as the latest step in its endeavor to diversify its core business and strengthen its position in the connected car systems and vehicle entertainment segments, and it’s currently unclear whether Samsung was always planning on using Harman’s talent and other assets to facilitate the development of its artificial intelligence (AI) speaker, though that seems like a probable scenario. Samsung’s smart speaker is said to be codenamed “Vega” and will hit the market at some point next year, Mr. Paliwal suggested, indicating that Harman’s parent finally found or is close to finding a way to make Internet-enabled speakers “marketable,” something that the company was supposedly struggling with in recent times.

According to reports from earlier this year, Samsung was skeptical about the short-term prospects of the global IoT market and Internet-enabled speakers in particular due to the fact that its largest portion — the United States — is being dominated by Amazon, whereas other countries are still far from truly embracing this new product category in consumer electronics. Even if Samsung and Harman are creating a new AI service, the company’s first smart speaker is still likely to be powered by Bixby, with its latest digital companion having just recently expanded its availability to more countries and the Family Hub 2.0 refrigerator lineup. Samsung’s representatives often described Bixby as the start of a new ecosystem of connected devices and Mr. Paliwal’s comments on the upcoming smart speaker are largely in line with these previous statements, even if Harman’s top executive implied that the two firms are now also developing another similar solution. Alternatively, it’s possible that some of his comments were lost in translation and Mr. Paliwal was simply indirectly referring to Bixby without outright naming the assistant, suggesting that the companies are working on extending the capabilities of Bixby’s ecosystem in the near future instead of developing a new service. 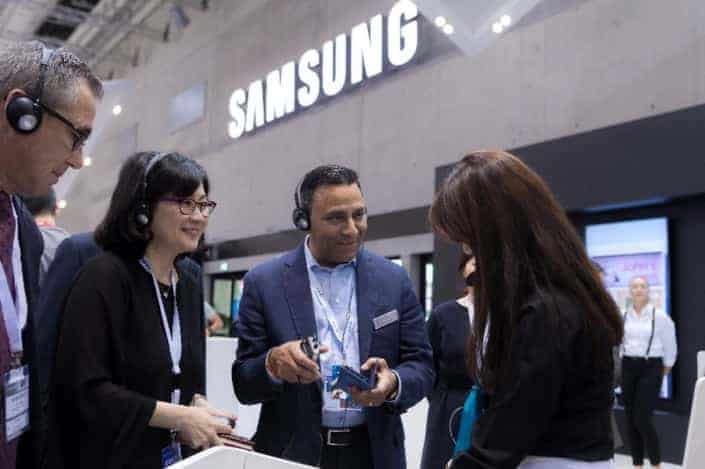 Mr. Paliwal also talked with Samsung’s PR team at the latest iteration of IFA over the weekend, with the Seoul-based company publishing its own interview with the CEO of its tech subsidiary on Monday. Harman’s chief wasn’t as forthcoming regarding the firm’s future product lineups on this occasion, though he still mentioned AI assistants in the context of the next potential (r)evolution in consumer electronics, clearly indicating that the two are adamant to work together and explore new options in this emerging segment. Samsung’s acquisition of Harman was the last major purchase approved by the firm’s de facto leader Jay Y. Lee, Samsung Group Vice Chairman who was recently sentenced to a five-year prison sentence for bribing top government officials, embezzlement of corporate funds, perjury, and several other charges. Mr. Lee is currently in the process of appealing that verdict with a competent Korean court and it remains to be seen how Samsung will cope in his absence in the near future, as Mr. Yoon revealed his “devastation” with the recent turn of events while speaking at IFA 2017 over the weekend, thus mimicking a sentiment which was previously expressed by the majority of the company’s top executives following Mr. Lee’s sentence.