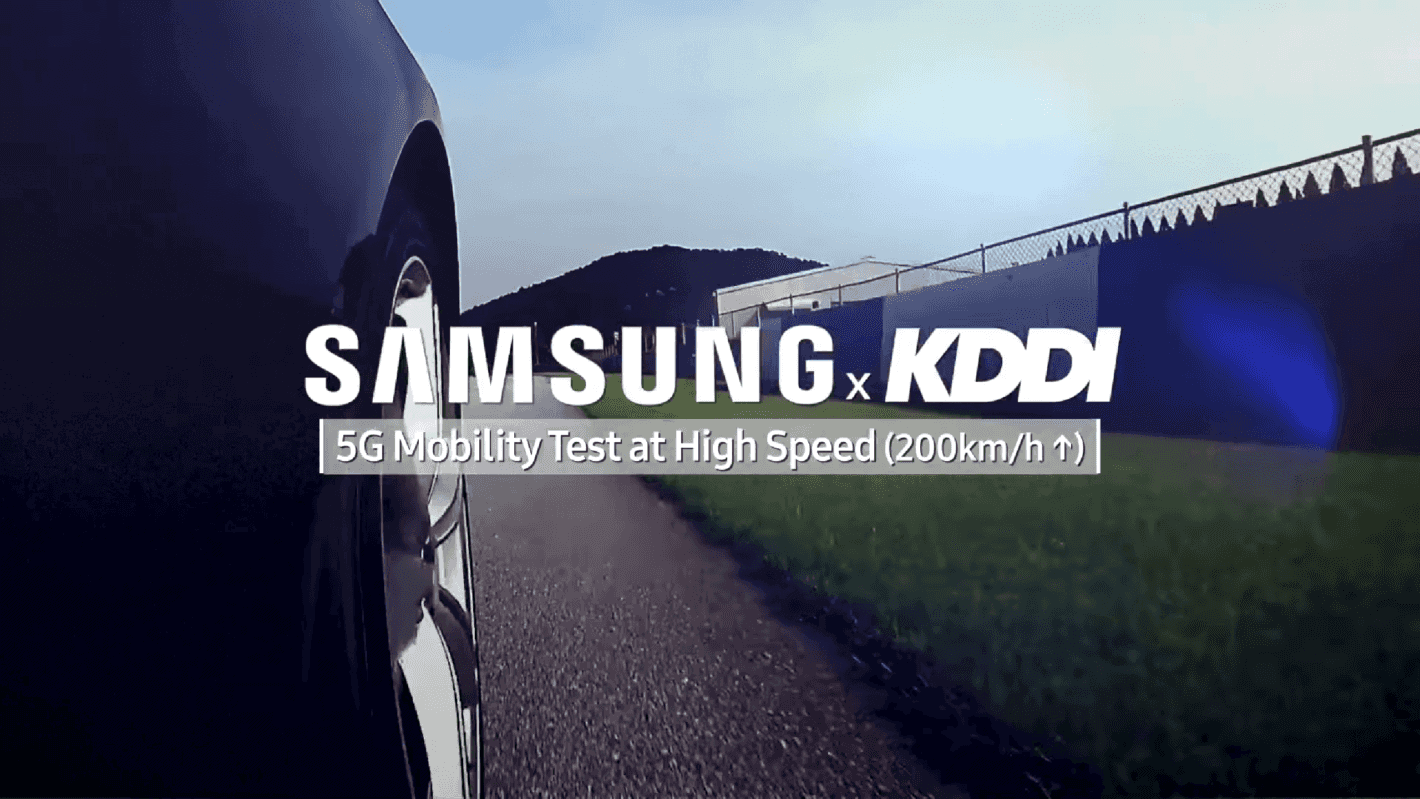 Samsung has announced a successful test of 5G data transmission technology using Millimeter Wave spectrum while traveling at speeds reaching in excess of 200 kilometers per hour, in partnership with Japanese telecom corporation KDDI. The test took place in a race car on a closed track. The professional driver maintained average speeds around 180 to 190 kilometers per hour, and shot over 200 at times. Meanwhile, a cellular connection created between small cells laid out along the track and testing equipment in the car maintained connection at speeds in excess of a gigabit per second, thanks to quick and seamless handoffs. 

Samsung and KDDI conducted the joint testing at South Korea’s famous Everland SPEEDWAY, a racetrack and surrounding park that make up a grand total of 2,125 kilometers of track to race around on. During the testing period, Samsung and KDDI weren’t just seeing if their hardware could maintain a steady connection at high speeds, but just how well the hardware fared in a variety of categories, and where things could be improved. Handover time, connection latency, and the stability of the uplink and downlink stability throughout the test were all among the metrics that went into the data harvested from the test.

Samsung has conducted a variety of 5G tests before, but this one focused more on maintaining connection at high speeds through smooth handoffs, rather than doubling down on data transmission rates or overall network stability. According to Samsung, the main purpose for this test was to ensure that users in vehicles will have a consistent and stable 5G experience. The company had already demonstrated successful use of a 5G connection in an urban testing environment at speeds of about 60 miles per hour. Future vehicle infotainment and self-driving systems, among other parts, will likely rely on 5G, making Samsung and KDDI’s high-speed testing much less of a novelty than it may seem at first glance. Samsung executive Woojune Kim, one of the key figures in charge of next-generation network initiatives, said that this test reflects Samsung’s push to improve 5G technology in all metrics, rather than just pushing for pure network speed. This push is what will make Samsung’s brand of 5G viable for things like the Internet of Things, virtual reality, and autonomous cars.