HMD Global will launch the Nokia 2 in November, according to one of the people managing the official Nokia Myanmar Facebook page. In an exchange with one local fan that happened yesterday, the Myanmar division of Nokia stated that the handset should launch in the Southeast Asian country in November but hasn’t provided a more specific release window. No further details on the matter have been given by the company, though the conversation itself was recorded by the source, as evidenced by the screenshot below.

The Nokia 2 has been the subject of several rumors in recent months and is supposed to be HMD Global’s most affordable smartphone offering to date, with most industry insiders agreeing that the handset will be even cheaper than the entry-level Nokia 3 which debuted this spring. The device was already sighted in several benchmark databases and is likely to come equipped with a 4.7-inch IPS LCD panel with an HD resolution of 1,280 by 720 pixels amounting to a regular widescreen aspect ratio of 16:9. Qualcomm’s Snapdragon 210 is expected to be part of the package here with four cores clocked at a maximum operating frequency of 1.27GHz, and the SoC will likely be accompanied by 1GB of RAM and 8GB of internal flash memory which will presumably be expandable via a microSD card slot. By all accounts, the Nokia 2 will be aimed at the most affordable market segment where it will try to stand out using its famous brand and the fact that it’s running a stock version of Android 7.1 Nougat. With the Finnish phone maker previously saying that all of its 2017 smartphones will be updated to Android 8.0 Oreo, the Nokia 2 should also make the jump to the latest version of Google’s operating system shortly after hitting the market this fall.

Being an extremely affordable offering, it’s possible that the Nokia 2 will only be released in developing markets and never make its way to the West where HMD Global is instead offering a somewhat more powerful Nokia 3, as well as the Nokia 5 and Nokia 6 mid-rangers. The company was recently also rumored to be working on a new high-end device in the form of the Nokia 9 but it’s currently unclear whether that particular model is meant to be unveiled by the end of the year, provided that it’s actually planned for commercialization. 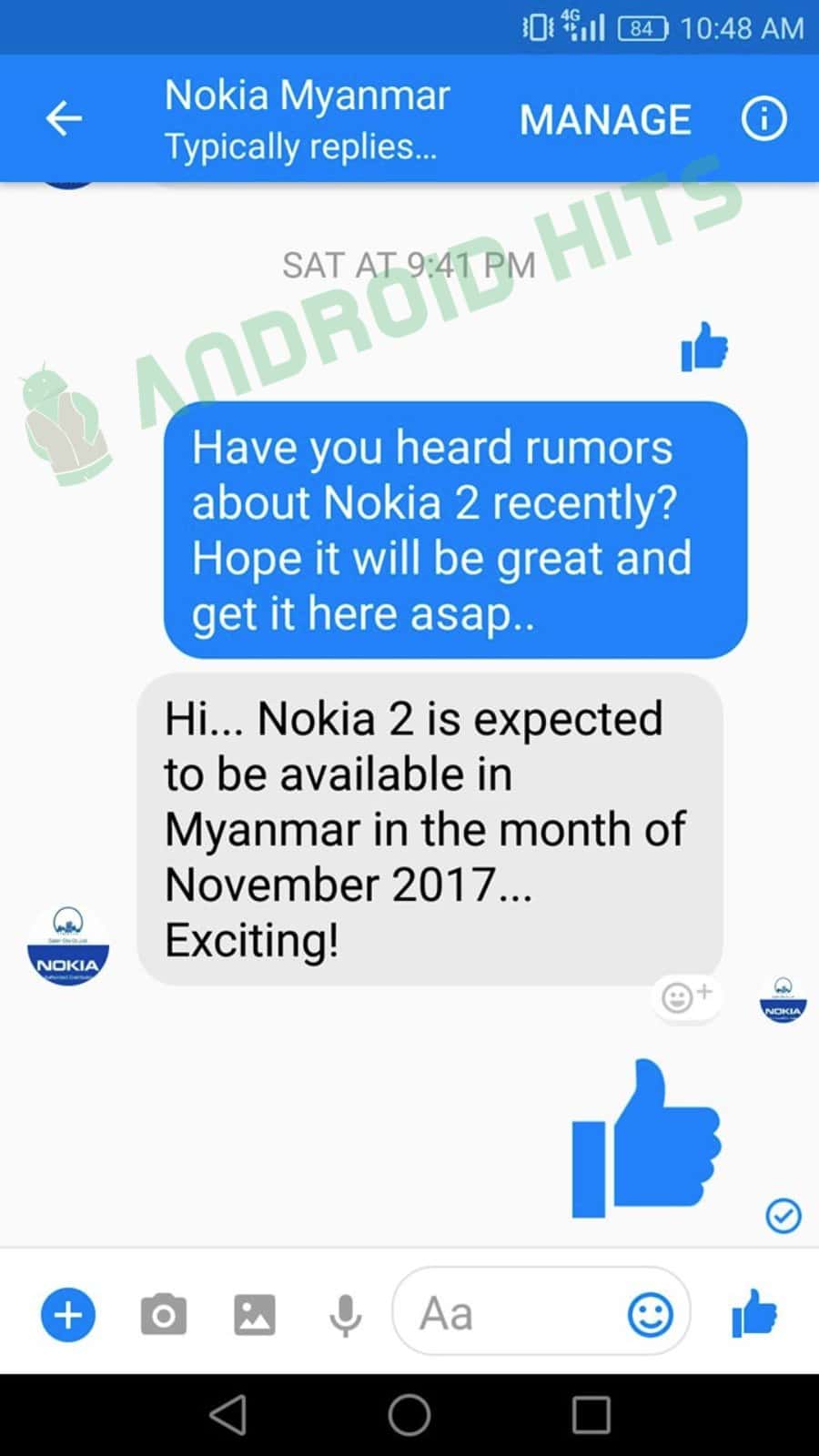