A Samsung Electronics-made tablet bearing the model number SM-T395 was certified by the United States Federal Communications Commission (FCC) earlier this month, as evidenced by a newly published set of certification documents which appeared in the agency’s public database. The device in question is widely believed to be the Galaxy Tab Active 2, a successor to the Rugged Galaxy Tab Active from 2014. The aforementioned model number is said to denote a 4G LTE-enabled variant of the device, whereas another one is presumed to be in the works, boasting only Wi-Fi connectivity and shipping with the model number SM-T390.

The sole fact that the SM-T395 was certified by the FCC doesn’t guarantee a stateside release, though the thereof still seems like a probable scenario. The original Galaxy Tab Active was also available for purchase in Europe and Latin America, though it remains to be seen whether its successor ends up coming to these same markets. Samsung’s Active-branded rugged devices aren’t a particularly common sight; the South Korean original equipment manufacturer has recently been mostly focused on Active revisions of its flagship Galaxy S lineup, with the latest product of that endeavor being the Galaxy S8 Active which debuted earlier this summer as an AT&T exclusive. Not long after its August release, another potential Galaxy S8 Active surfaced online, having been certified by the Wi-Fi Alliance. That particular variant of the device was apparently of the unlocked variety, suggesting that Samsung may be looking to expand the availability of the Galaxy S8 Active beyond AT&T.

It’s still unclear whether the possible unlocked version of the Galaxy S8 Active is in any way related to the SM-T395 and SM-T390, i.e. whether the Seoul-based phone maker is planning a more aggressive push in the rugged smartphone segment which is traditionally dominated by lesser known brands. Samsung presumably already held its final major product keynote in 2017 following the launch of the Galaxy Note 8, its most powerful smartphone to date which is set to be officially released on Friday, September 15. Provided that the company is already working on a number of rugged devices, they may not be unveiled before early 2018 after the holiday season is over and the next iteration of CES begins in Las Vegas. 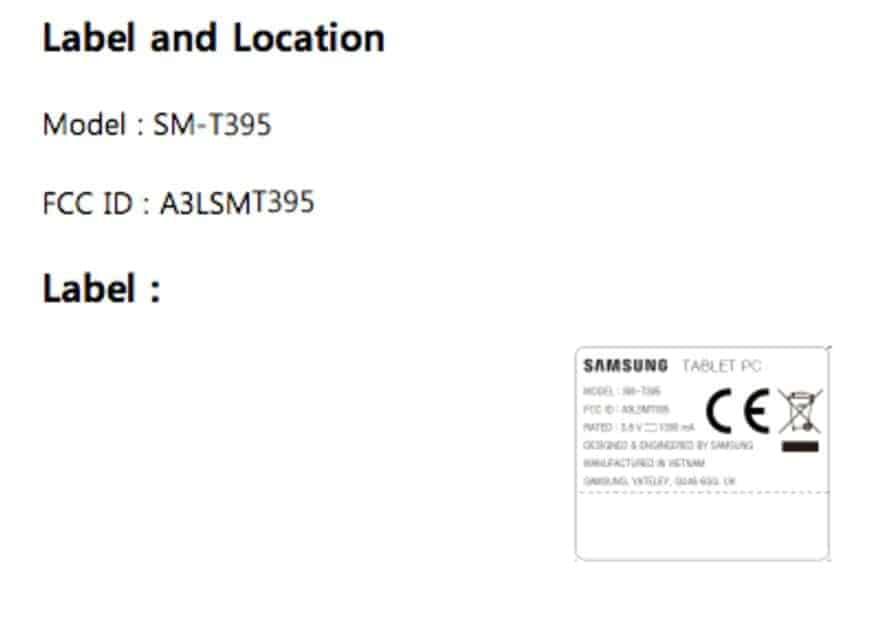