Google started distributing the September Android Security Update to the Pixel, Pixel XL, and eligible Nexus devices earlier this week, some owners of the company's smartphones are reporting. The latest turn of events isn't in line with the firm's recently unveiled Security Bulletin which suggested that the September security patch won't be distributed to compatible handsets as a standalone over-the-air (OTA) update and will instead be delivered as part of Android 8.0 Oreo which is currently making its way to the same devices. The company usually publishes security bulletins alongside system images for its patches but that wasn't the case this month, with most users still being stuck on the software package dated August 5.

Reports of the September Security Update becoming available on certain devices are still scarce and it's currently unclear which regions is Google initially targeting with the rollout, provided that the thereof has even started, which the screenshot that can be seen below seems to suggest, showing that at least one Nexus 6P in the world is currently running the latest security patch. As of this writing, at least some reports from both the United States and the United Kingdom have emerged, with both claiming that the update became available in certain territories. Pixel and Pixel XL owners on Verizon's networks are reportedly some of the first to receive the new software which comes as part of the build OPR3.170623.007. Google's OTAs usually take at least several days to be completed, meaning that the existence of the patch should be confirmed by the end of the week once it's supposed to become more widely available.

The rollout itself is also supposedly somewhat buggy, with some users receiving the notification to download "Android 7.1.2" despite being presented with the September Security Update and Android 8.0 Oreo. It's currently unclear what's causing issues for the rollout, with Google usually distributing OTAs in a much more straightforward and transparent manner. The Mountain View, California-based tech giant has yet to post system images of the latest patch on its website, which will presumably happen by the end of the week. The company is currently also in the process of preparing for the launch of its Pixel 2 lineup which is expected to be unveiled on October 5. 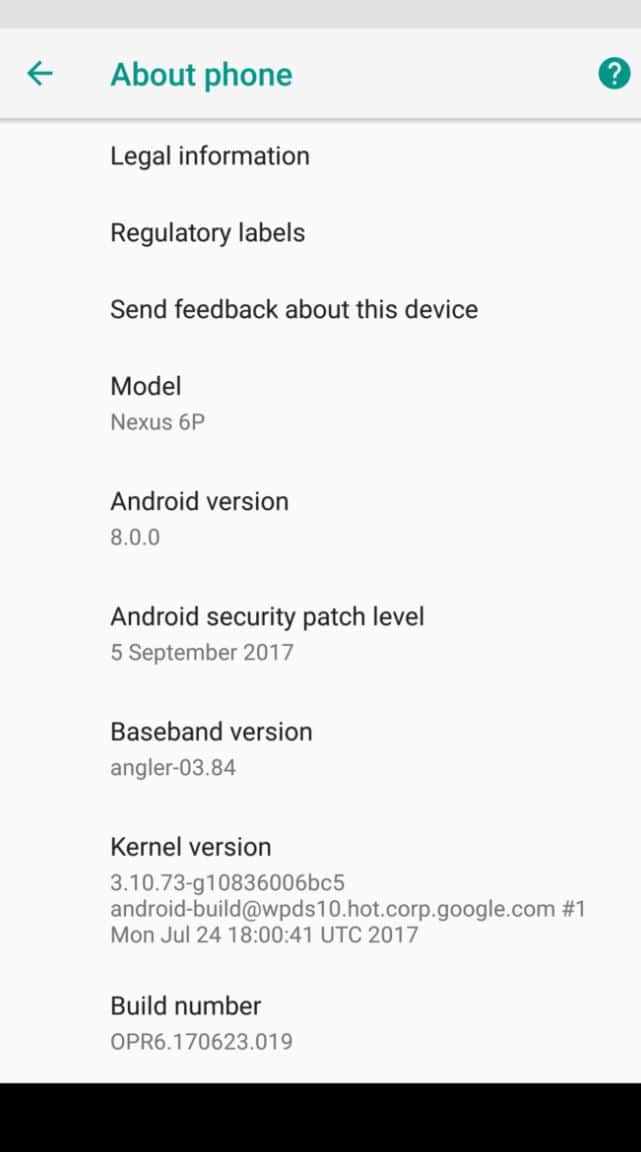