Google's rivals are avoiding the company's shopping platform which it revised following a compliance order issued to it by the European Commission earlier this year which concluded that the firm abused the dominant position of its internet search engine to promote its price comparison service at a direct expense of alternative solutions, consequently hurting the competitiveness of the market. The changes introduced to the tech giant's offering were officially made on Thursday, with Google previously presenting a mockup of how its revised service will look; using the example of the "Cuisinart Toaster," the company showed search results including links to price comparison websites like Shopzilla and Kelkoo. The reality is still somewhat different, with the screenshot that can be seen below showing the current state of affairs in several European countries – top advertising spots shown above the search results for the aforementioned toaster are still exclusively dominated by Google Shopping.

The development suggests that the majority of Google's rivals aren't using their new ability to bid for the most prominent ad spots which were previously reserved exclusively for Google Shopping as part of the company's practices that the European Union deemed monopolistic. A Google representative later told Bloomberg that the service is still in its infancy and is hence yet to experience high adoption rates, stating that the current lack of rivals bidding for ad space against Google Shopping is normal as only those who participated in the experimental version of the platform are now being featured. Some industry watchers are speculating that even if smaller services eventually start paying Google for its top price comparison ad spots which were previously unavailable to them, the damage stemming from the firm's previous behavior that has now been sanctioned by the EU already limited their financial prowess and made them unable to consistently pay for advertising space related to a wider variety of products.

While Google Shopping is required to stay profitable and is hence unable to outbid its rivals by having its parent subsidize its advertising fees, the momentum it gained through practices that the political bloc deemed anti-competitive already put it well-ahead of smaller platforms whose marketing budgets are significantly smaller, some of Google's critics argue. The Internet search giant officially appealed the EC's ruling several weeks back and presumably has a years-long legal battle on the matter ahead of it before being compelled to pay a $2.7 billion fine to the political bloc or overturns the historic ruling. 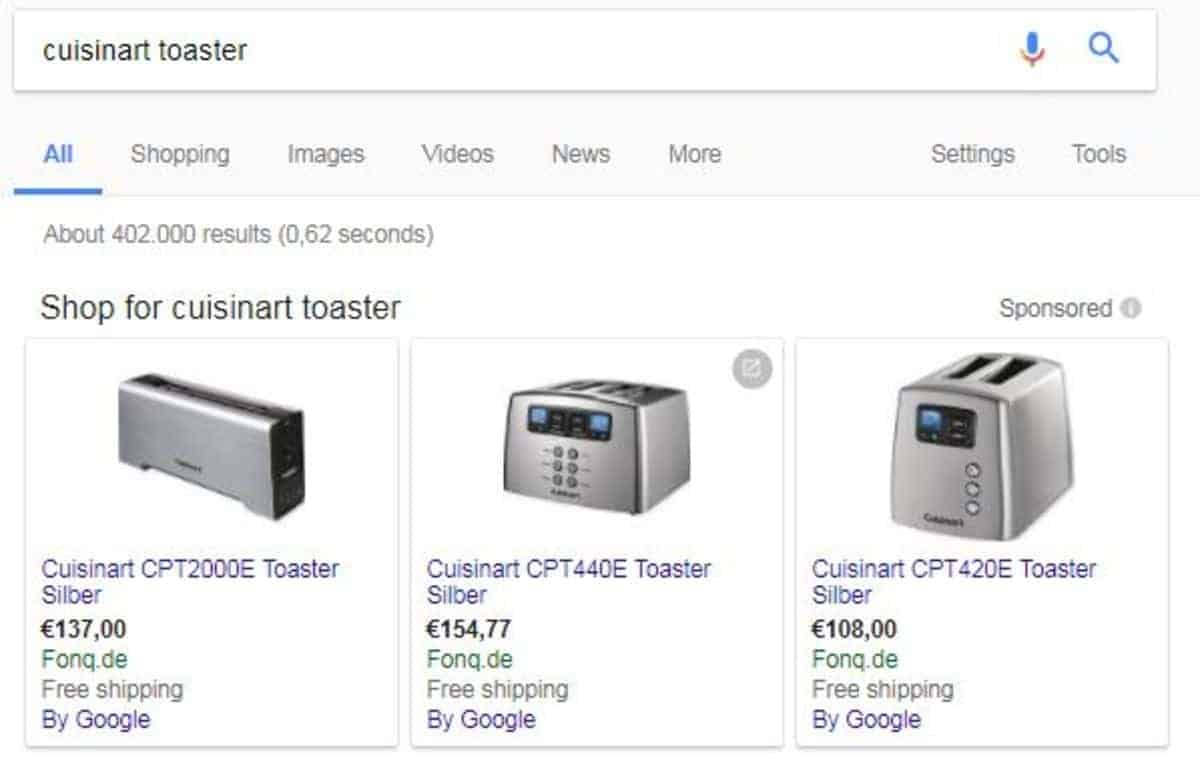