In any case, this retail box is not all that revealing, the ‘5 Plus’ branding is clearly visible on it, but that’s pretty much it, this box did not reveal any spec info regarding this smartphone, or anything of the sort. Having said that, the Redmi Note 5 and Redmi Note 5 Plus are expected to sport similar specs. The Redmi Note 5 is rumored to ship with a 5.5-inch fullHD (1920 x 1080) display, 3GB / 4GB of RAM and 32GB / 64GB of native storage. MediaTek’s Helio P25 64-bit octa-core processor is expected to fuel this smartphone, though a Snapdragon-powered model is also expected to land in some markets, as was the case with its predecessor. It is still unknown as to what Snapdragon-branded processor will Xiaomi utilize, but it’s possible, and even probable, that the company will go with the Snapdragon 660 64-bit octa-core SoC, as that is one of Qualcomm’s most powerful mid-range offerings at the moment. It’s worth noting, though, that a rumor which surfaced back in July suggested that the Redmi Note 5 will ship with the Snapdragon 630 SoC.

In any case, the Redmi Note 5 will probably ship with a 4,000mAh non-removable battery, just like its predecessor, and you can expect the phone’s fingerprint scanner to be placed on the back. The Redmi Note 5 will almost certainly be made out of metal, and the device will ship with Android Nougat, with the company’s MIUI 9 OS on top of it. The Redmi Note 5 Plus will sport similar specs to the Redmi Note 5, as already mentioned, though we’re still not sure whether the ‘Plus’ branding stands for a larger display, or more RAM and storage. If it’s the latter, then it’s possible that the 4GB RAM variant will be called the ‘Redmi Note 5 Plus’, even though Xiaomi usually uses the ‘Prime’ branding for such units, so who knows, maybe we get to see a 6-inch Redmi Note 5-branded phone after all. 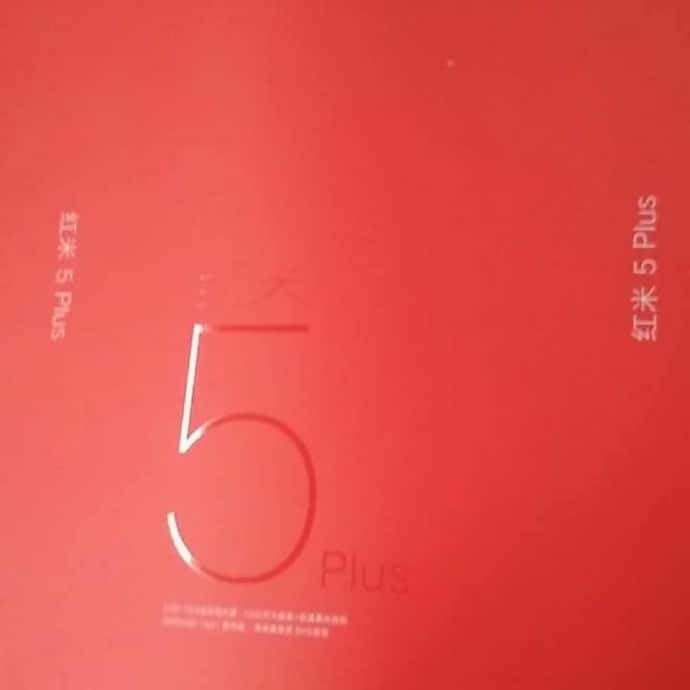