A Samsung Electronics-made device bearing the model number SM-A530F surfaced in the database of mobile benchmarking tool Geekbench earlier this month, with some industry watchers speculating that this could be the Galaxy A5 (2018) due to the fact that it appears to be related to the Galaxy A5 (2017) which was also known as the SM-A520F. The letter "F" at the end of the model number indicates that this is a single-SIM international variant of the phone and that the South Korean original equipment manufacturer is also seeking to deliver a dual-SIM one, with the device itself being tested as running Android 7.1.1 Nougat, presumably enhanced with the firm's proprietary mobile software suite known as Samsung Experience.

The handset also seems to be equipped with an unannounced system-on-chip from Samsung's own foundry, possibly the Exynos 7885 which has been the subject of numerous rumors in recent months and was previously said to be powering at least some members of the Galaxy A (2018) lineup. The SoC is of the octa-core variety and its energy-efficient cluster appears to be clocked at a maximum operating frequency of 1.59GHz, though the clock speed of the more capable quartet of cores wasn't disclosed by Geekbench. According to previous reports, the Exynos 7885 will be Samsung's first mid-range chip built on the 10nm process node and should boast an efficiency comparable to that of the high-end Exynos 8895 found inside the Galaxy Note 8 and Galaxy S8 series. The possible Galaxy A (2018) was also identified as featuring 4GB of RAM but the mobile benchmark revealed no other details about the device.

The Seoul-based tech giant was previously rumored as considering adopting its Infinity Display panels with its upcoming mid-range offerings like the Galaxy A product family, though it remains to be seen whether the company opts for such a move as early as next year. Its next trio of mid-range handsets is likely to be launched and released in early 2018 and will presumably be targeted at the West, as is traditionally the case with the Galaxy A lineup. Apart from the newly sighted model, the upcoming series is also expected to consist of the Galaxy A3 (2018) and Galaxy A7 (2018). 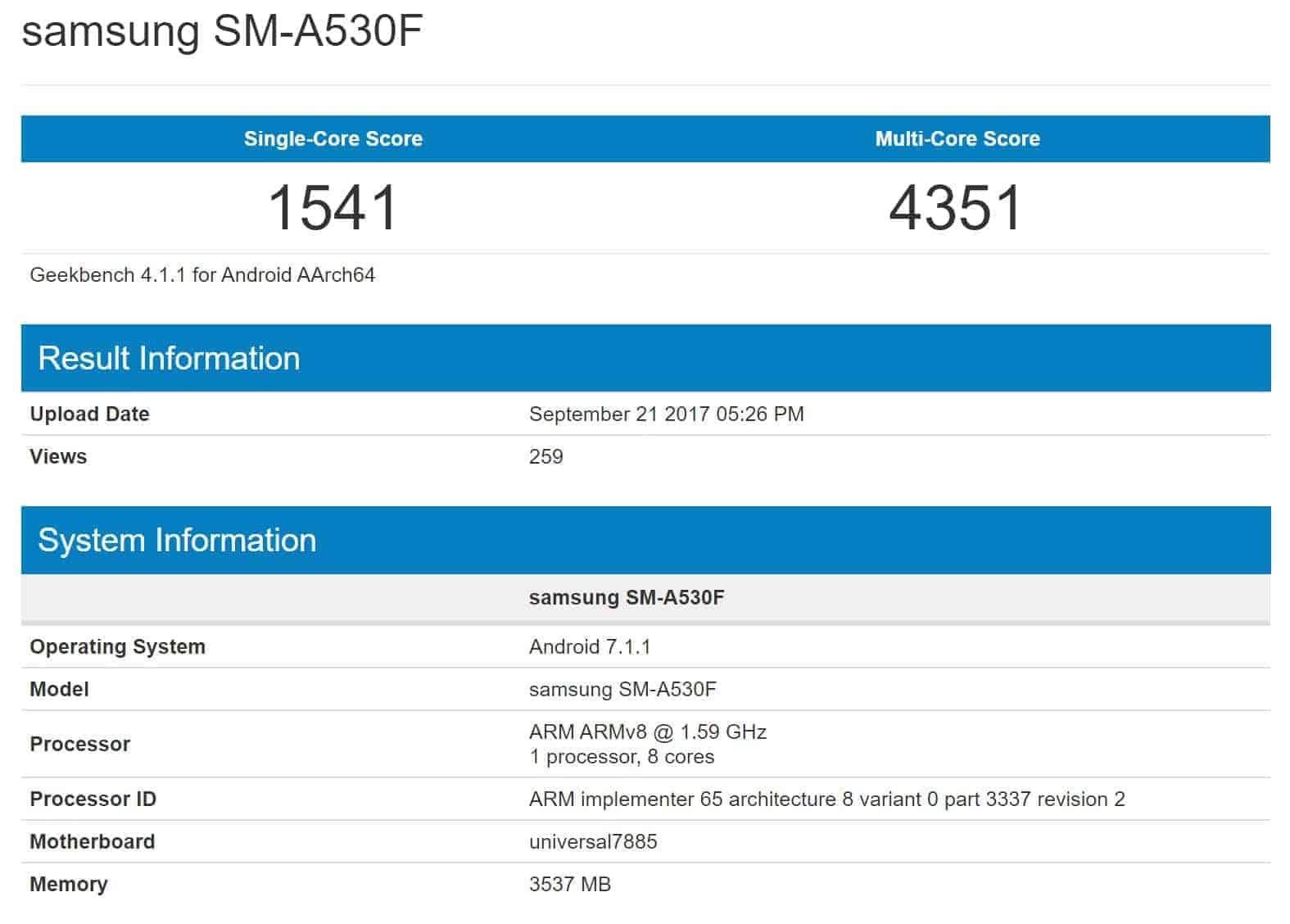