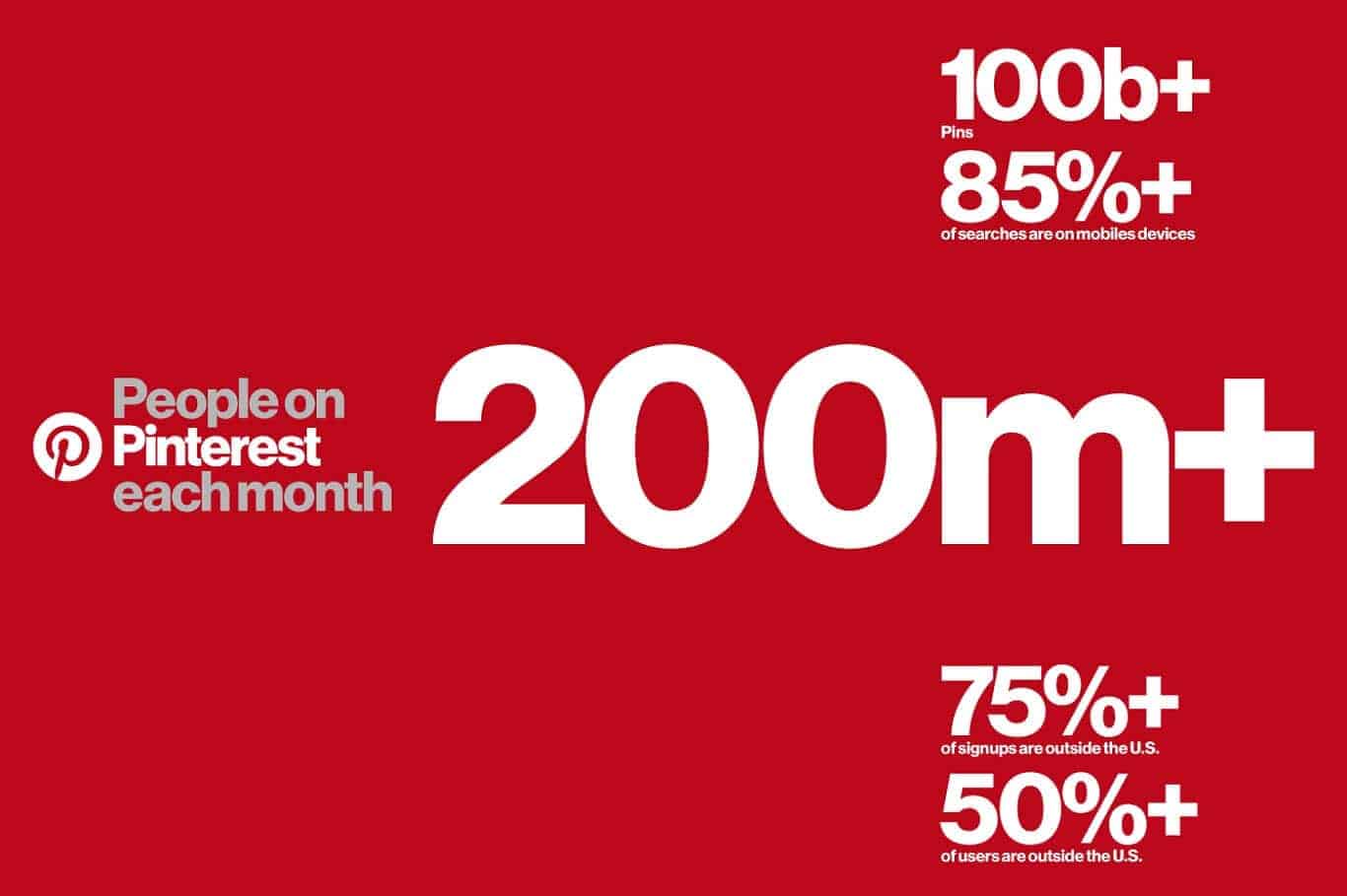 This week Pinterest announced that it now has 200 million people using its service every month. A monthly active user number that Pinterest states is almost 40-percent higher than it was a year ago. Suggesting that the rate of growth of Pinterest is now starting to increase significantly compared to previously years.

As part of the announcement detailing the new milestone, Pinterest also points out that more than half of those 200 million users are based outside of the US. With the suggestion that number may grow even more as time goes on due to the company declaring more than 75-percent of new signups now come from outside of the US. In either case, and as a result of the 200 million users, Pinterest states that more than one billion pins have now been created, while also adding that more than 85-percent of all searchers now come from mobile devices. An aspect which is likely why Pinterest has recently been introducing a number of mobile-specific features of late, such as the ability to pinch to zoom on mobile.

Speaking of new features, along with the confirmation of the 200 million monthly users, Pinterest also announced that a number of "features you've always wanted" are on the way. With the exception of one of those features, the company did not provide any specifics on what the new features will be. As for that one, Pinterest announced 'Board sections' will soon become available to Pinners. Once live, this feature will allow users the option of adding a section to a board, essentially creating a board within a board. Pinterest notes this has been one of most sought after and requested features while also confirming that the feature has already entered its testing stage. With availability for all users due to go live once the testing phase is complete. Last but not least, Pinterest took the opportunity to announce it will be launching an early access program where invited Pinners will be able to test out the rest of the new and currently-unannounced features before they are made widely available. Although no details were provided on how those interested can go about securing their place as a tester. With Pinterest simply asking those interested to "stay tuned' for more details.