Skip to content
Advertisement
Trusted By Millions
Independent, Expert Android News You Can Trust, Since 2010
Publishing More Android Than Anyone Else
3
Today
38
This Week
275
This Month
5539
This Year
123087
All Time
Advertisement 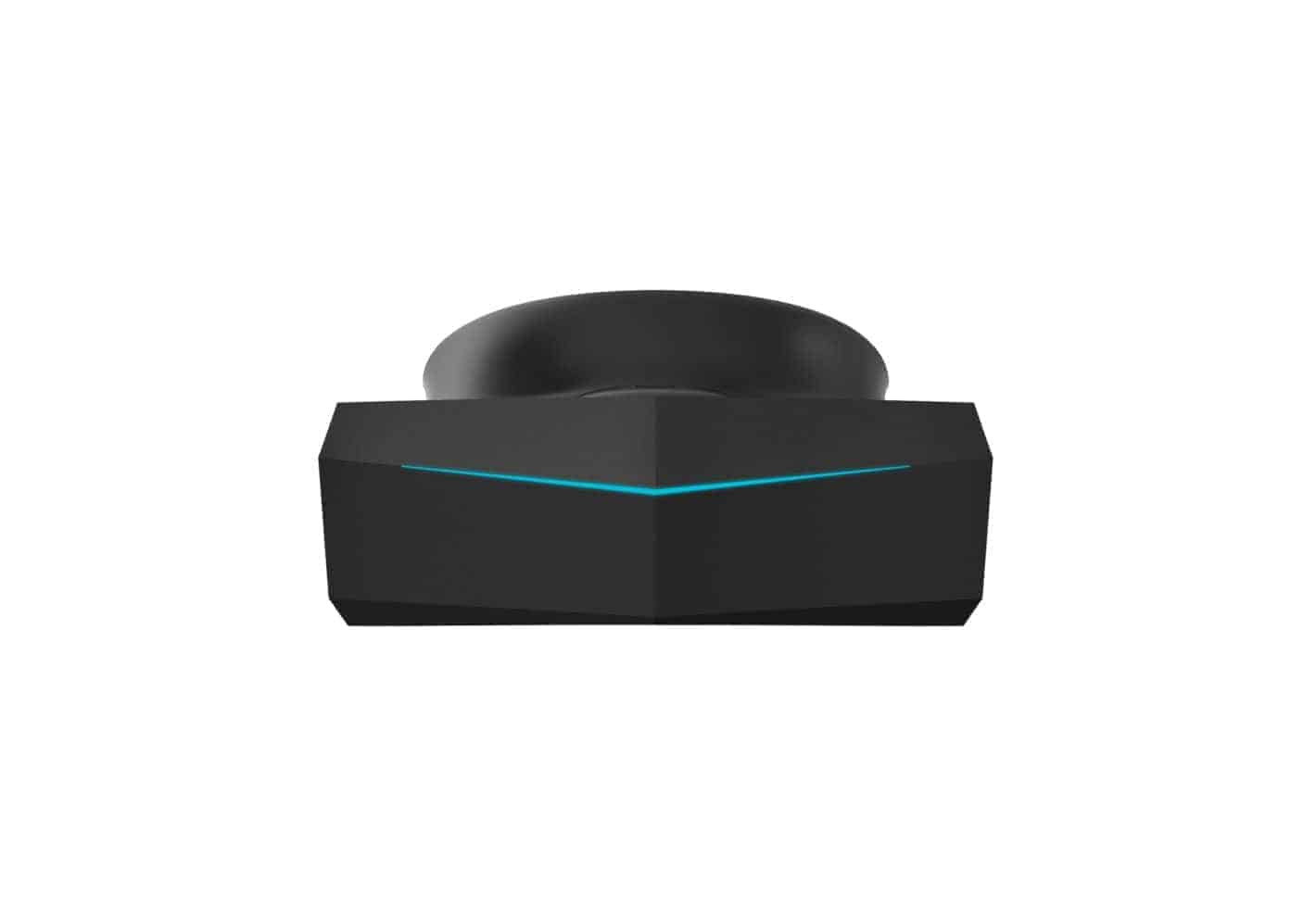 Pimax on Tuesday officially announced the start of a crowdfunding campaign for the first 8K virtual reality headset in the world, with its creation being simply called the Pimax 8K VR. The same device was already showcased in early 2017 at Consumer Electronics Show in Las Vegas and has been refined to a significant degree in the meantime, with the San Francisco, California-based company hoping that it now has a sufficiently advanced product at hand which consumers will deem worthy of backing. Pimax set the funding goal for its VR headset at $200,000 and has launched its campaign on Kickstarter, offering the device for as little as $399. It’s understood that once Pimax is commercialized, it’s full retail value will be somewhat higher than the price for which backers are able to get the head-mounted display, as is usually the case with crowdfunded projects.

The headset has a field of view spanning 200 degrees and boasts two 4K display panels, with each having a resolution of 3,840 by 2,160 pixels, amounting to 16.6 million pixels in total. The Pimax 8K VR supports refresh rates of 75 and 90Hz per eye, or 150 and 180Hz with Brainwarp, in addition to being compatible with USB 3.0 data transfers and having two 3.5mm audio jacks. The headset itself requires a relatively capable computer in order to operate, with users being expected to have a rig featuring the Nvidia GTX 980, GTX 1070, AMD R9 Nano, or a GPU of equivalent power at a minimum. The device was designed to be as versatile as possible, supporting both seated and standing virtual reality experiences, as well as hand motion and room-wide positional tracking. The Pimax VR is also meant to be compatible with Steam and PiHome, as well as Oculus Home content which can be accessed with a third-party tool. 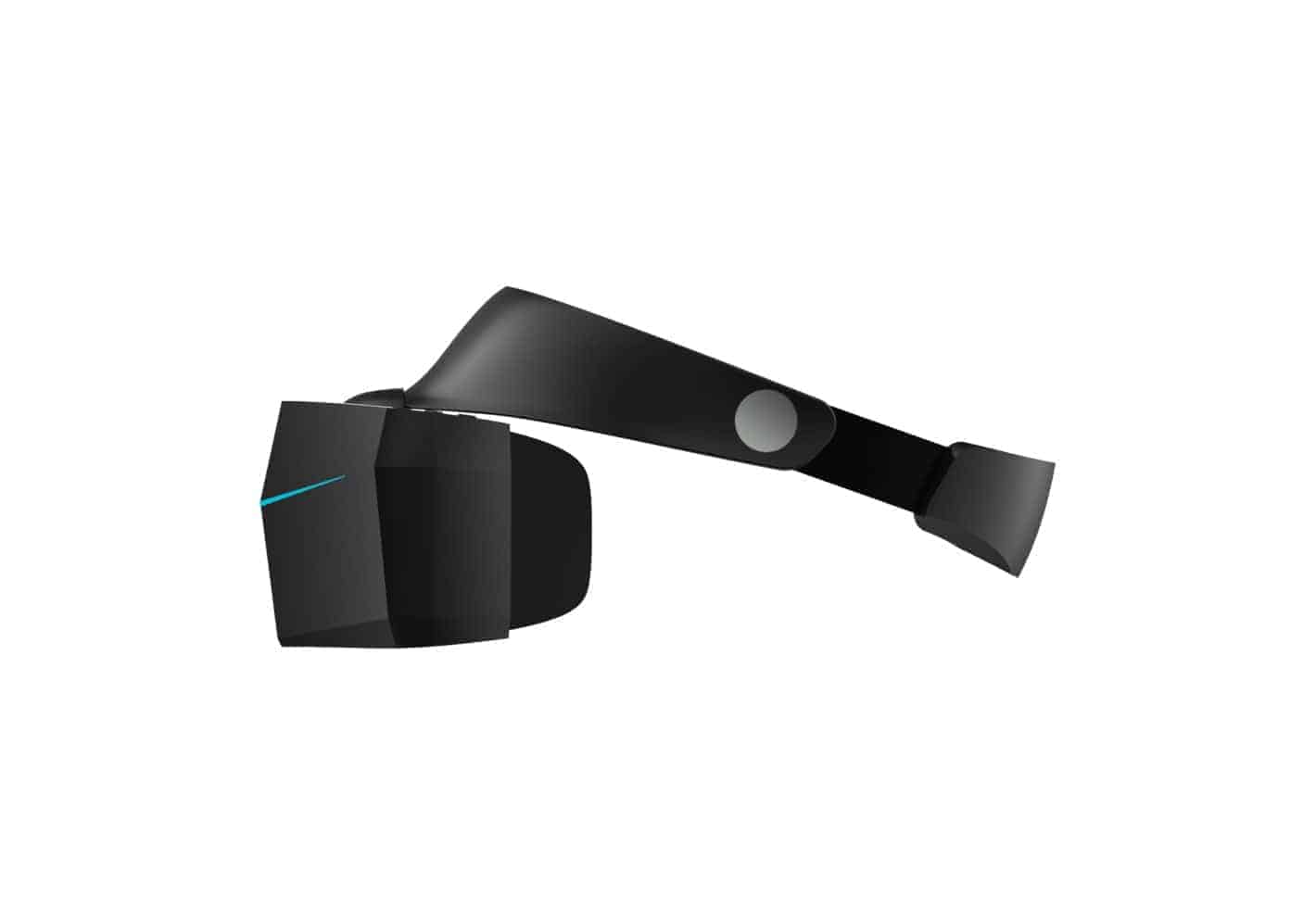 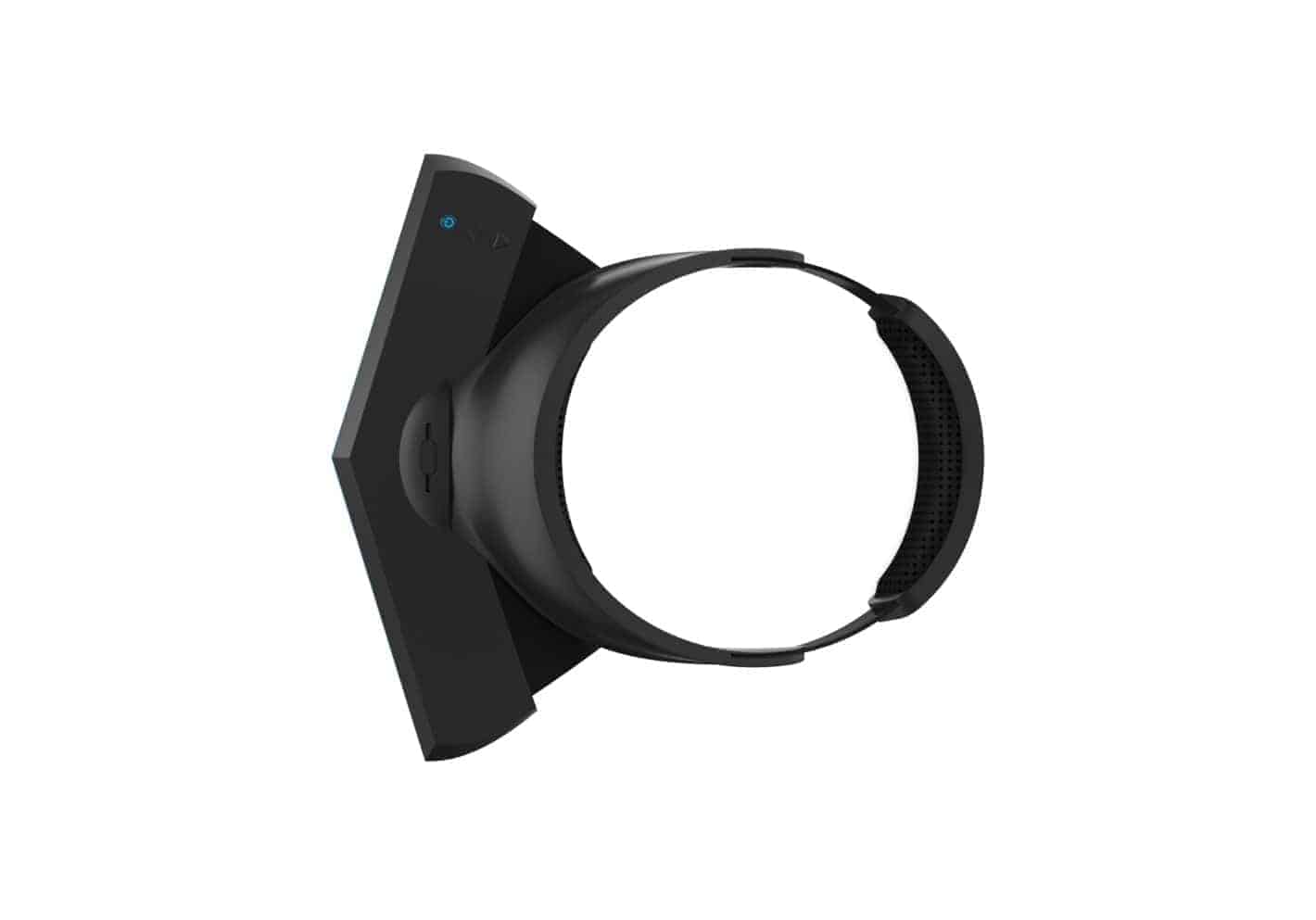 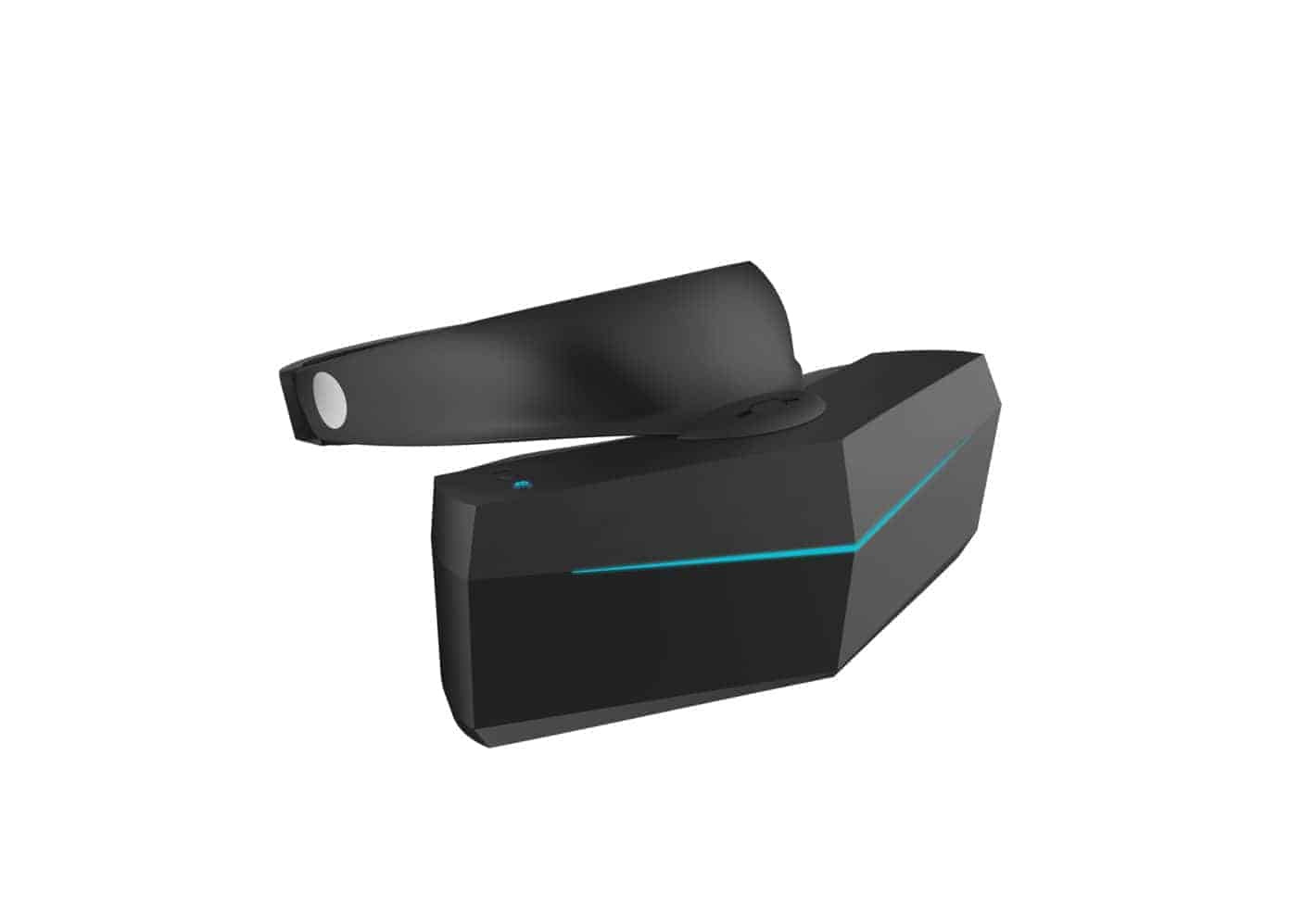 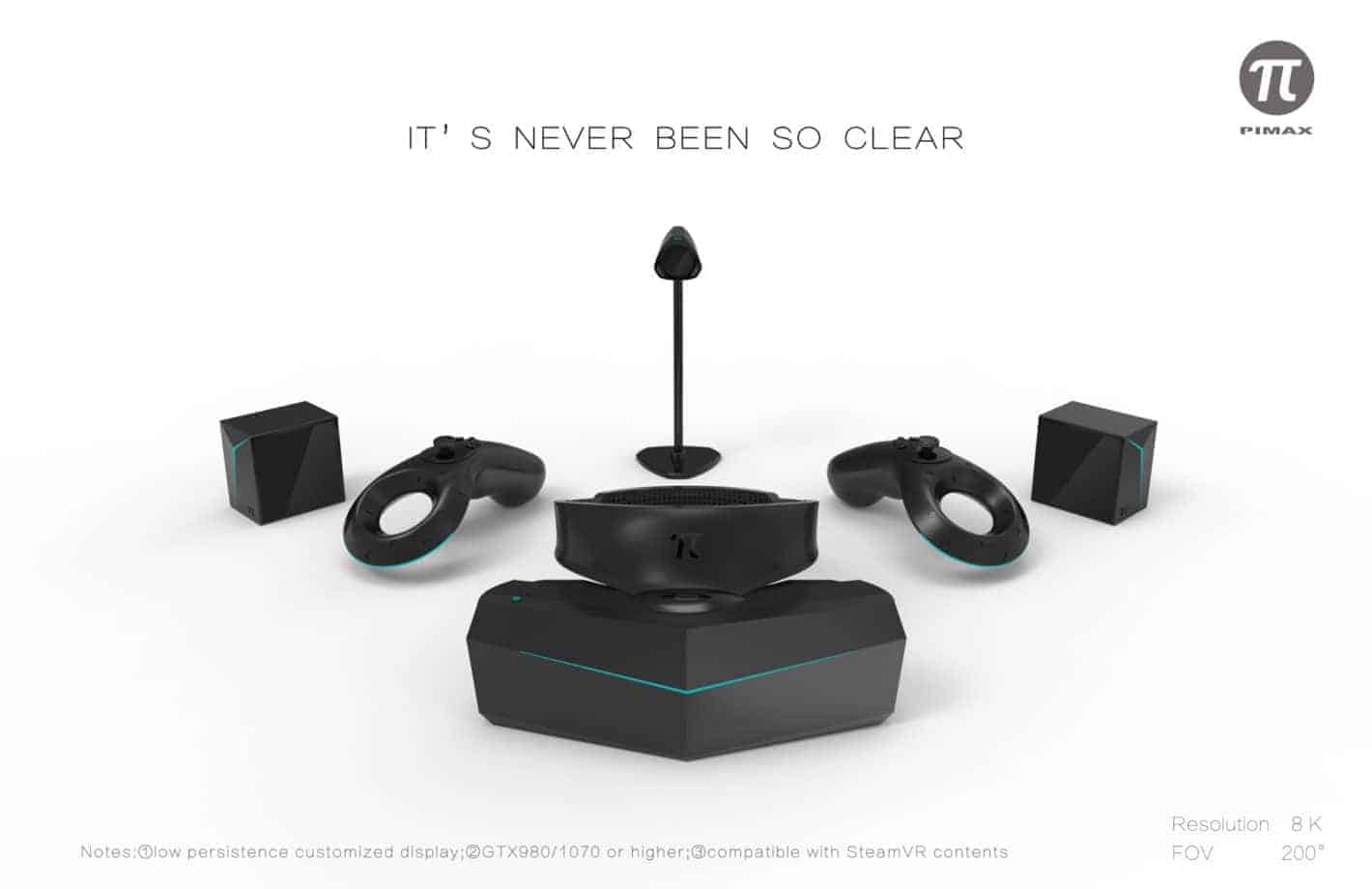 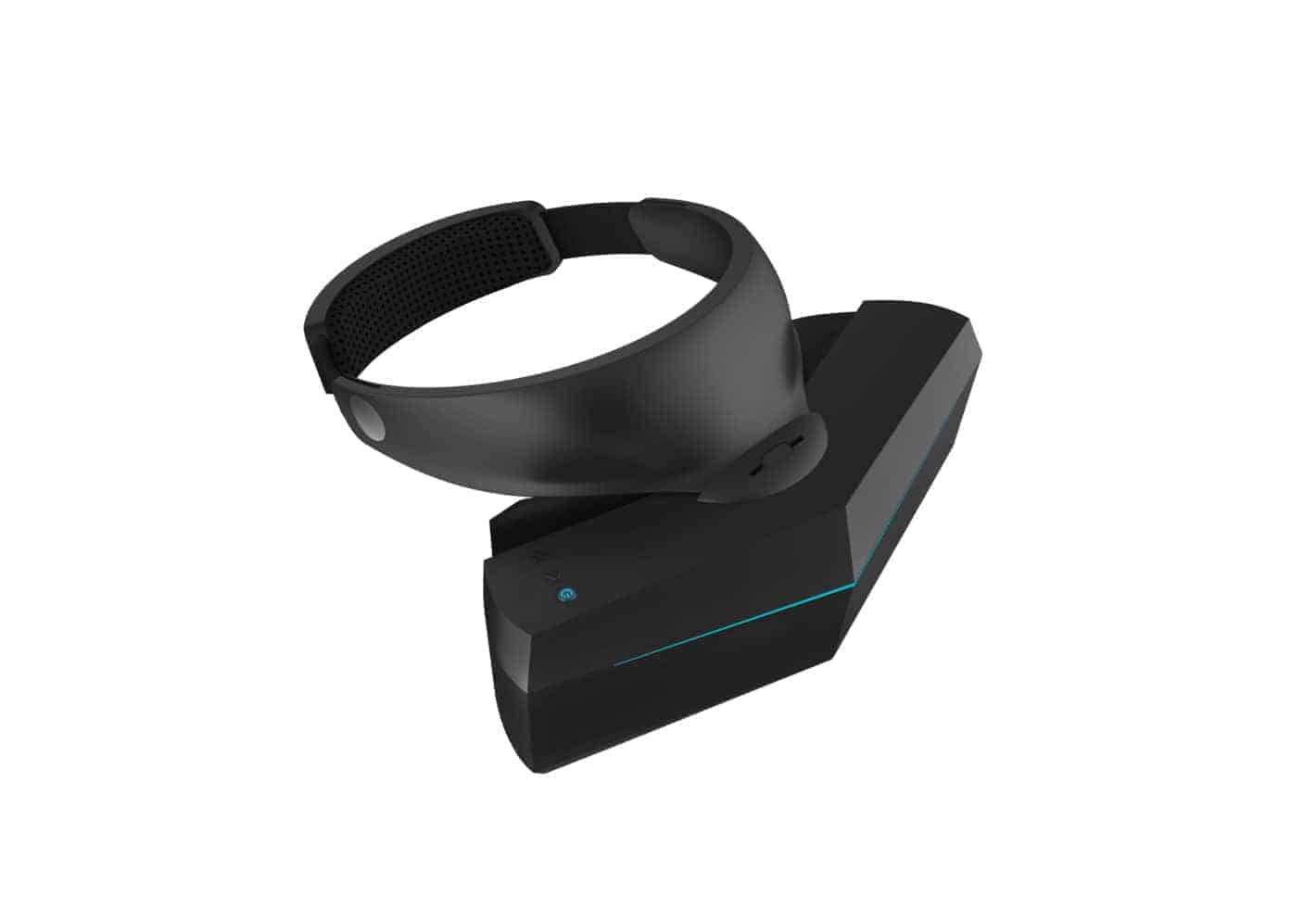 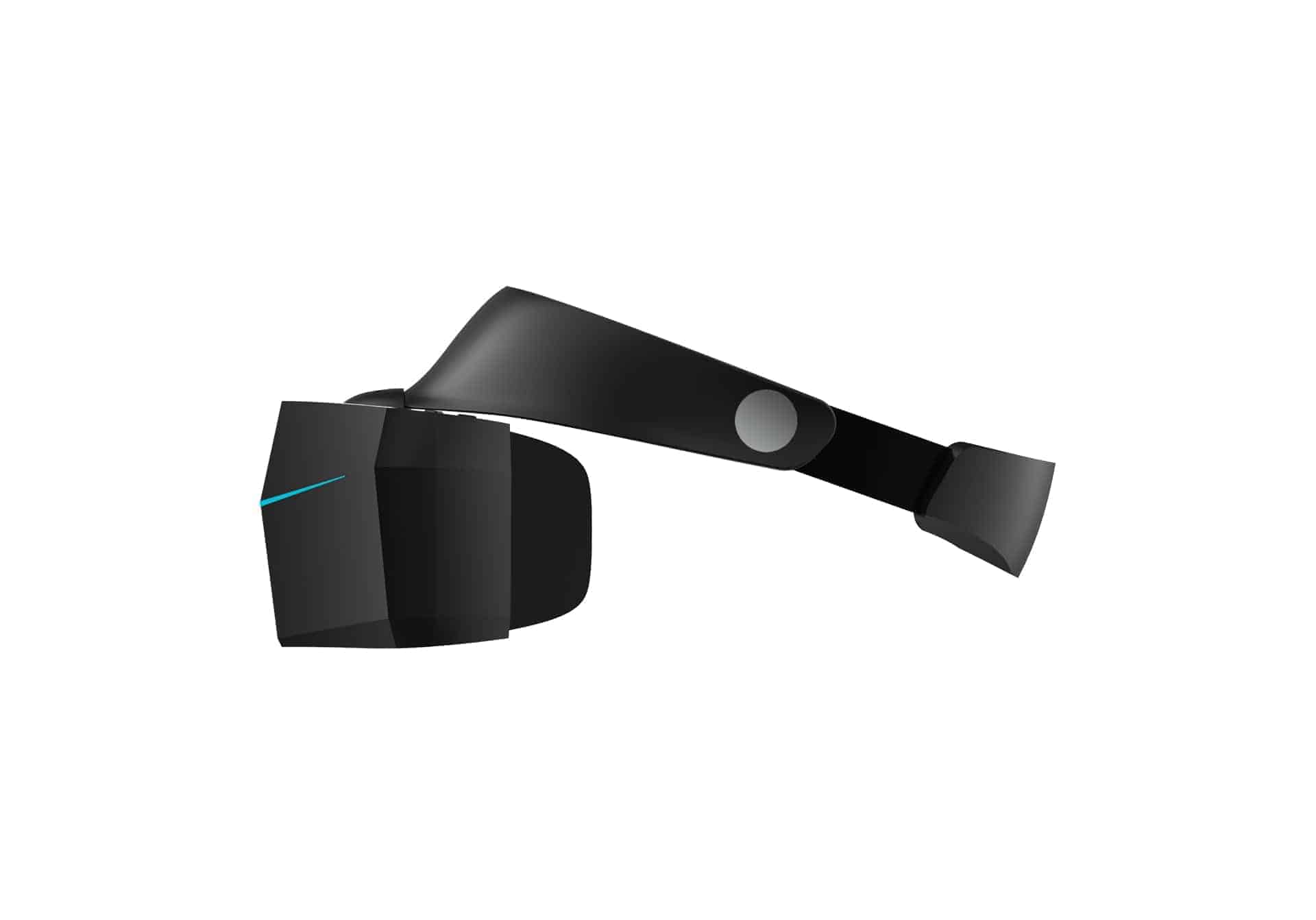 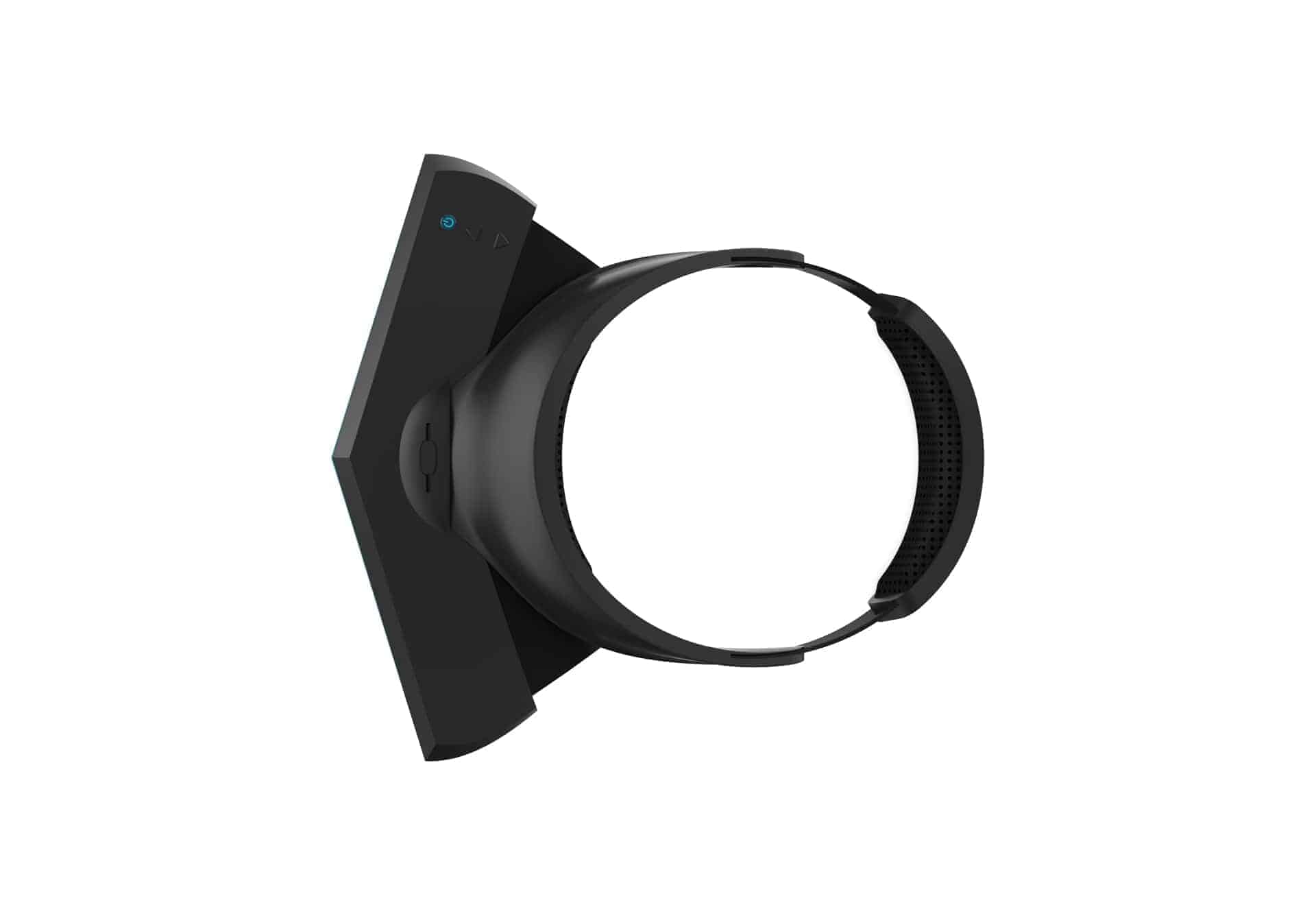 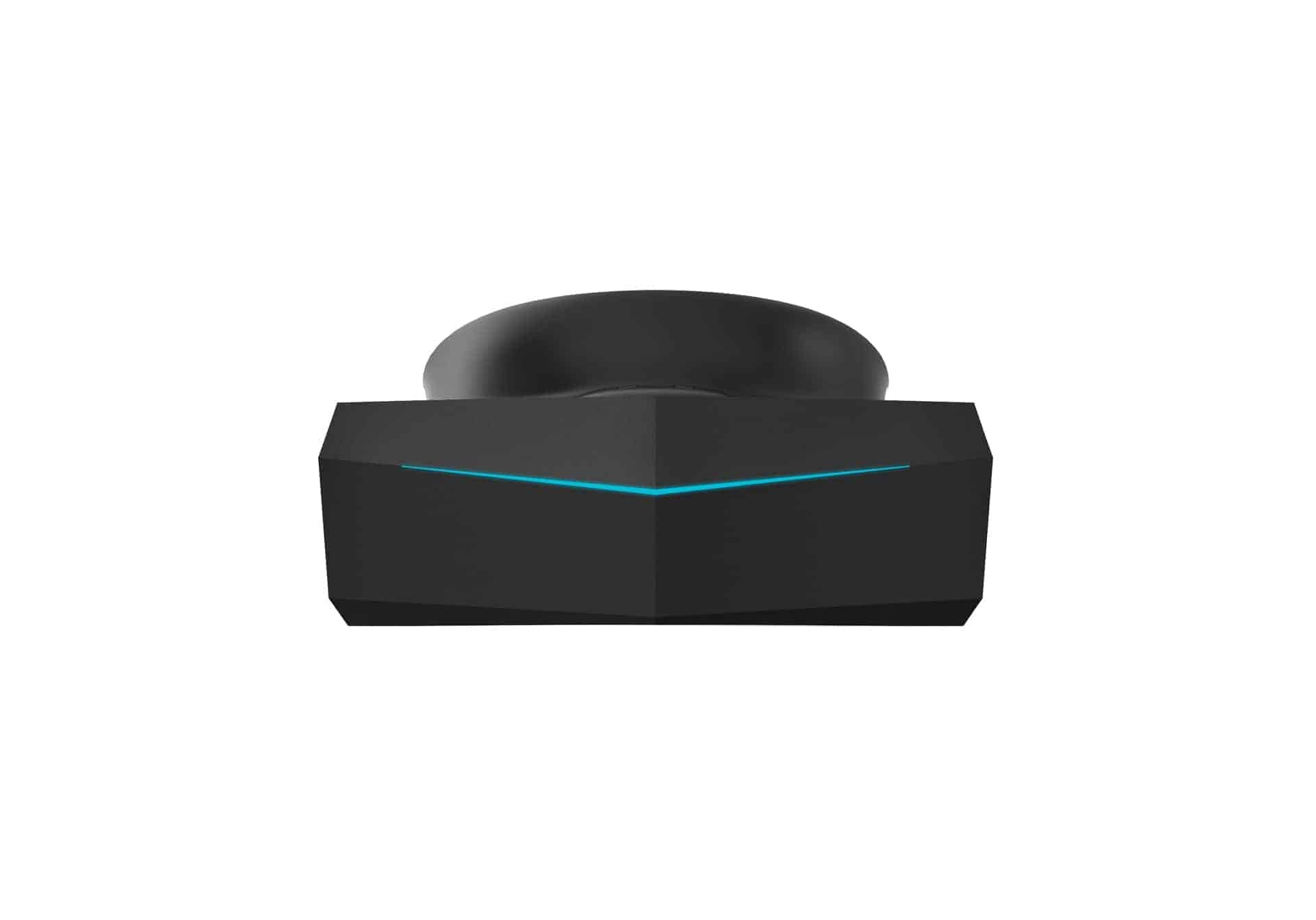 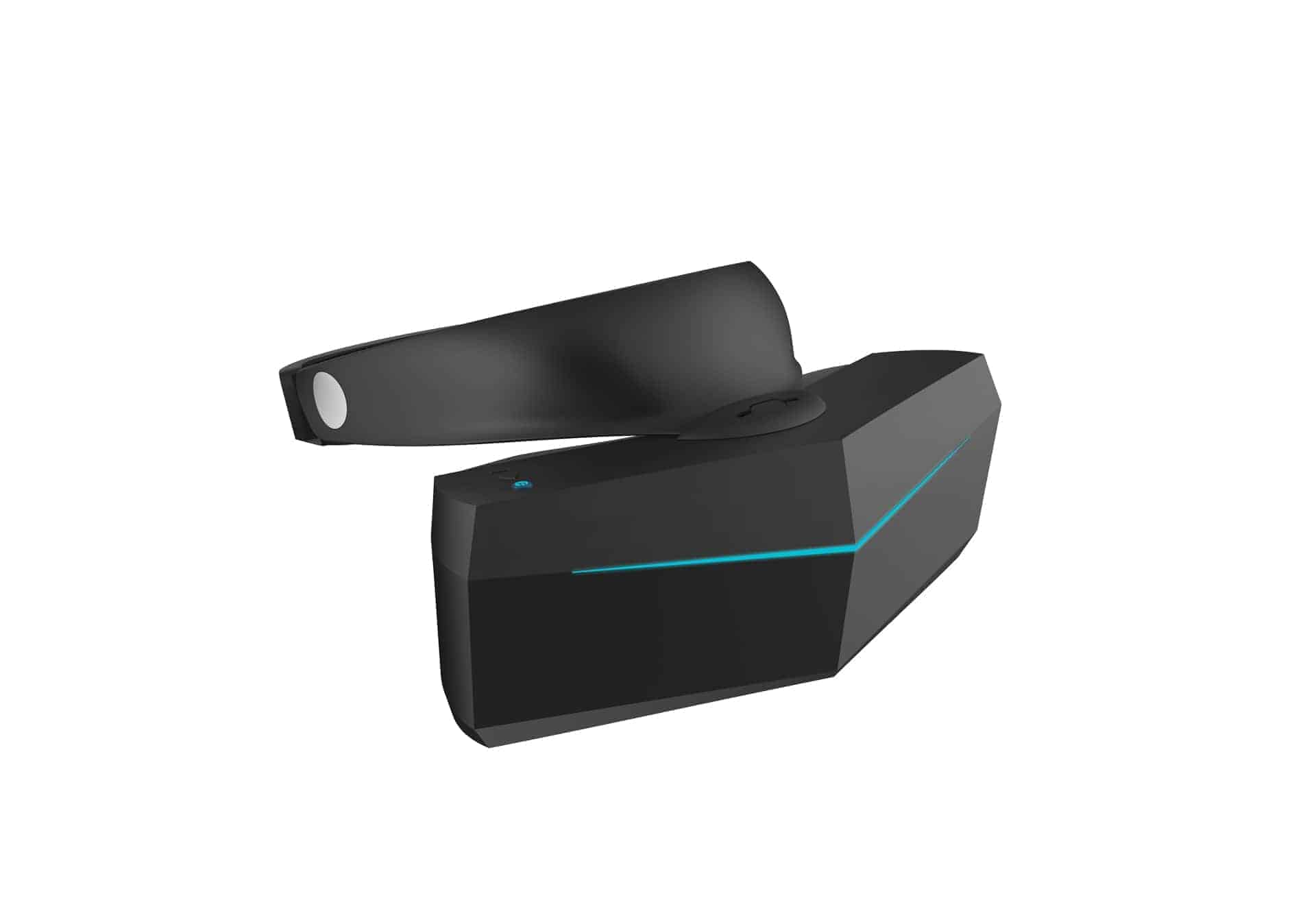 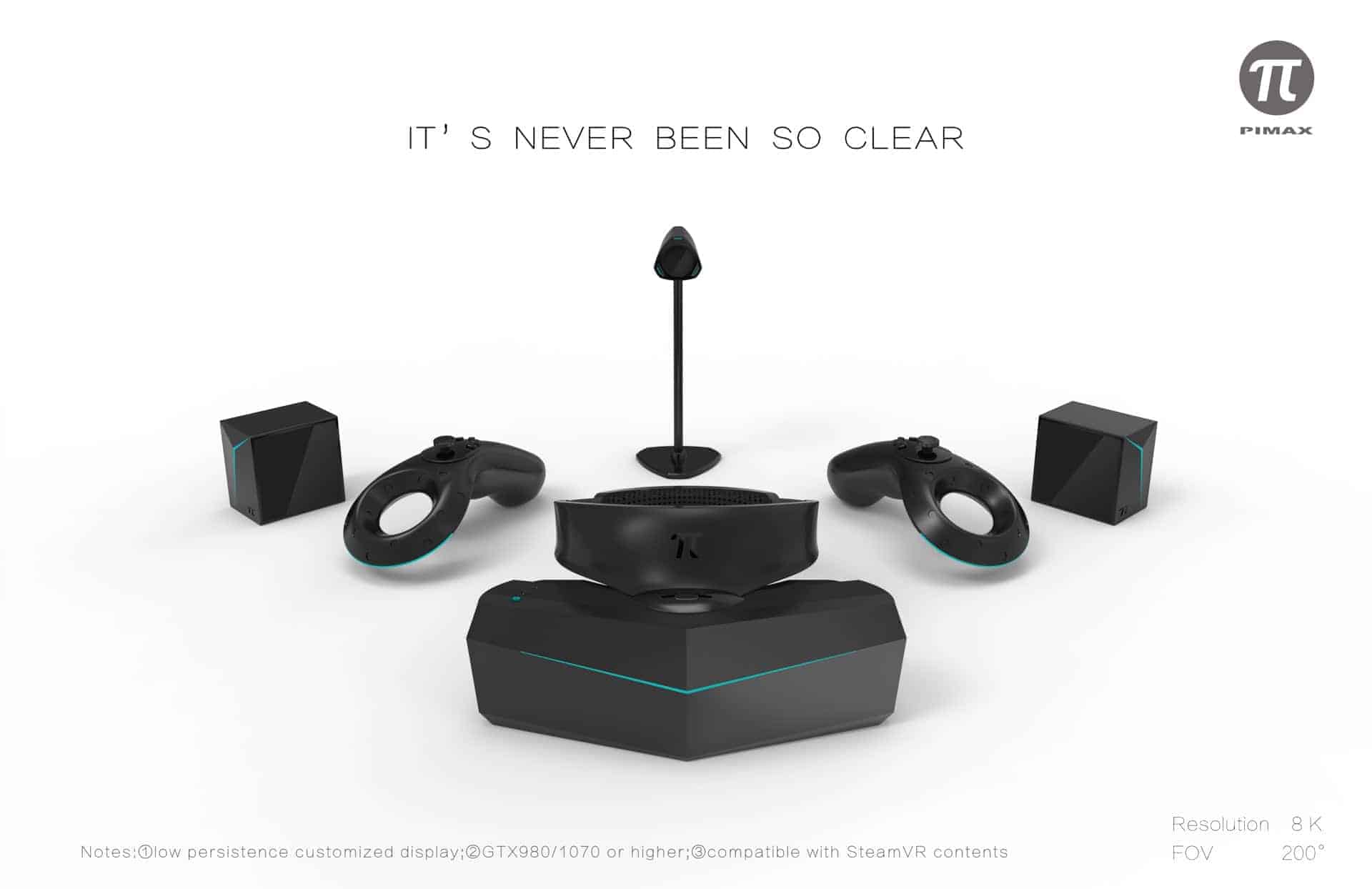 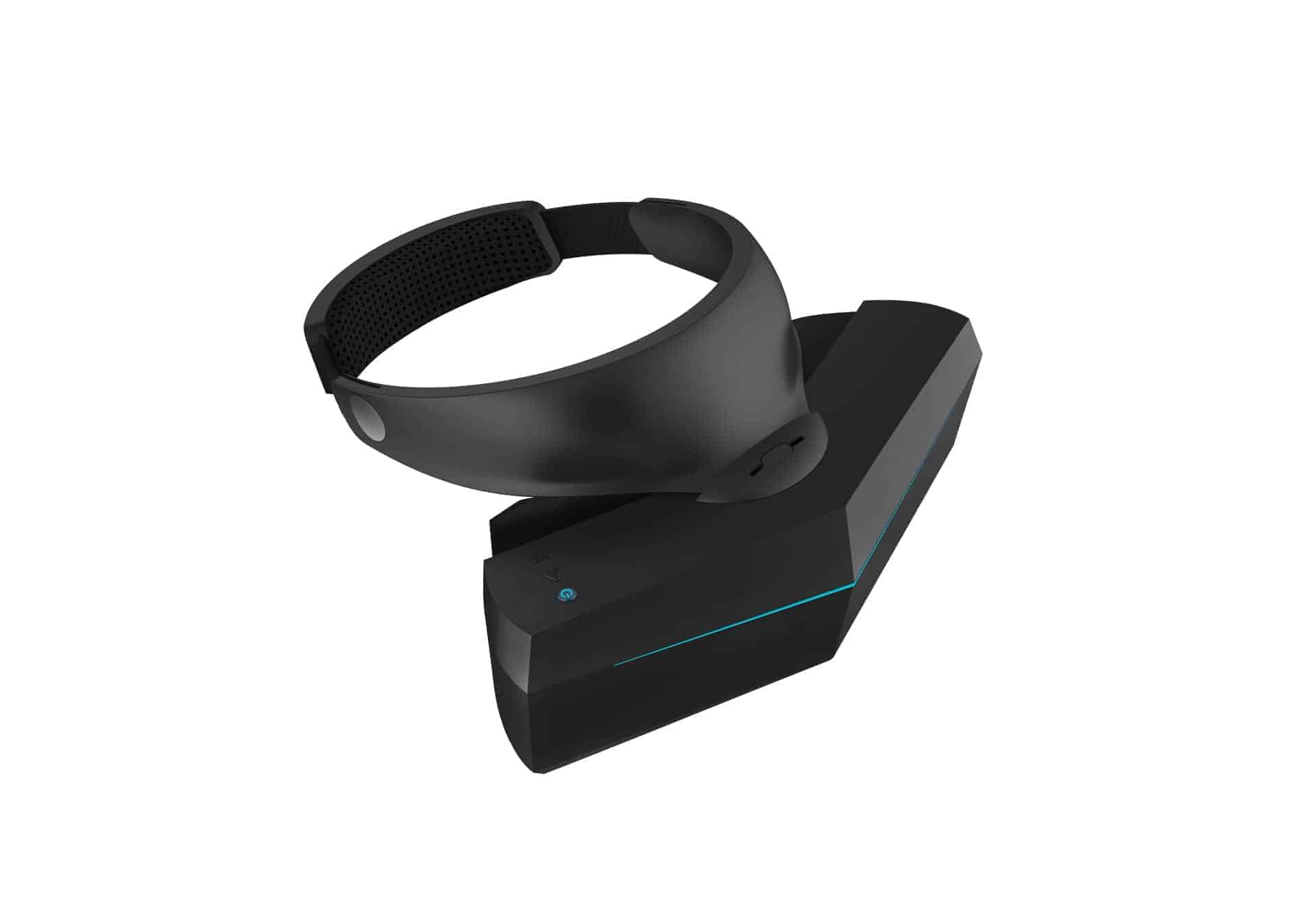 Unlike the prototype that Pimax revealed eight months ago at CES, the device that just made its way to Kickstarter supports several positional tracking systems and is entirely compatible with all Steam accessories from Valve. Likewise, its motion-to-photon latency amounts to less than 15ms, whereas previous ghosting glitches have been entirely eliminated by the developers. The final product is also said to be somewhat lighter than the HTC Vive headset whose latest revision tips the scales at approximately 470 grams. The wide field of view offered by the Pimax 8K VR was designed to be as close to that of the natural human view as technologically possible, with the human eyes covering a 220-degree field. The consumer electronics manufacturer who initially put itself on the map with the Pimax 4K VR headset is boasting the resolution of its next device as one of its main selling points, being quick to note that the gadget supports a resolution that’s six times larger compared to that offered by the vast majority of its commercially available alternatives.

As the Pimax 8K VR features both hand motion detection and positional tracking capabilities, the head-mounted display is able to move alongside the user and rotate around their head to an extent, thus nullifying the 20 degrees of difference between its field of view and that of the human eye. All of this should ultimately translate into more realistic and immersive content which can be experienced using the headset, the company says. Other features of the device that exist for the purpose of ennobling the end-user experience are its modifiable interpupillary distance settings and an auto-demisting mechanism, Pimax revealed.

The tech firm says it put a lot of effort into making the virtual reality experience of the Pimax 8K VR as smooth as possible, claiming that its device exhibits no lag when viewing panoramic images and video recordings. This particular feature of the headset is important in the sense that it could address one of the most common complaints associated with VR – motion sickness. Apart from nausea and related symptoms, the Pimax 8K VR is also seeking to reduce the so-called “screen door effect” to a significant degree, i.e. avoid scenarios in which users are able to see fine lines running between virtual pixels. This particular phenomenon is another common complaint about contemporary VR solutions and while it doesn’t pose any health risks, it has a high immersion-breaking potential and is generally seen as an annoyance by users. No firm release dates for the Pimax 8K VR have yet been given but the company is hoping to start shipping its first units to backers in January. 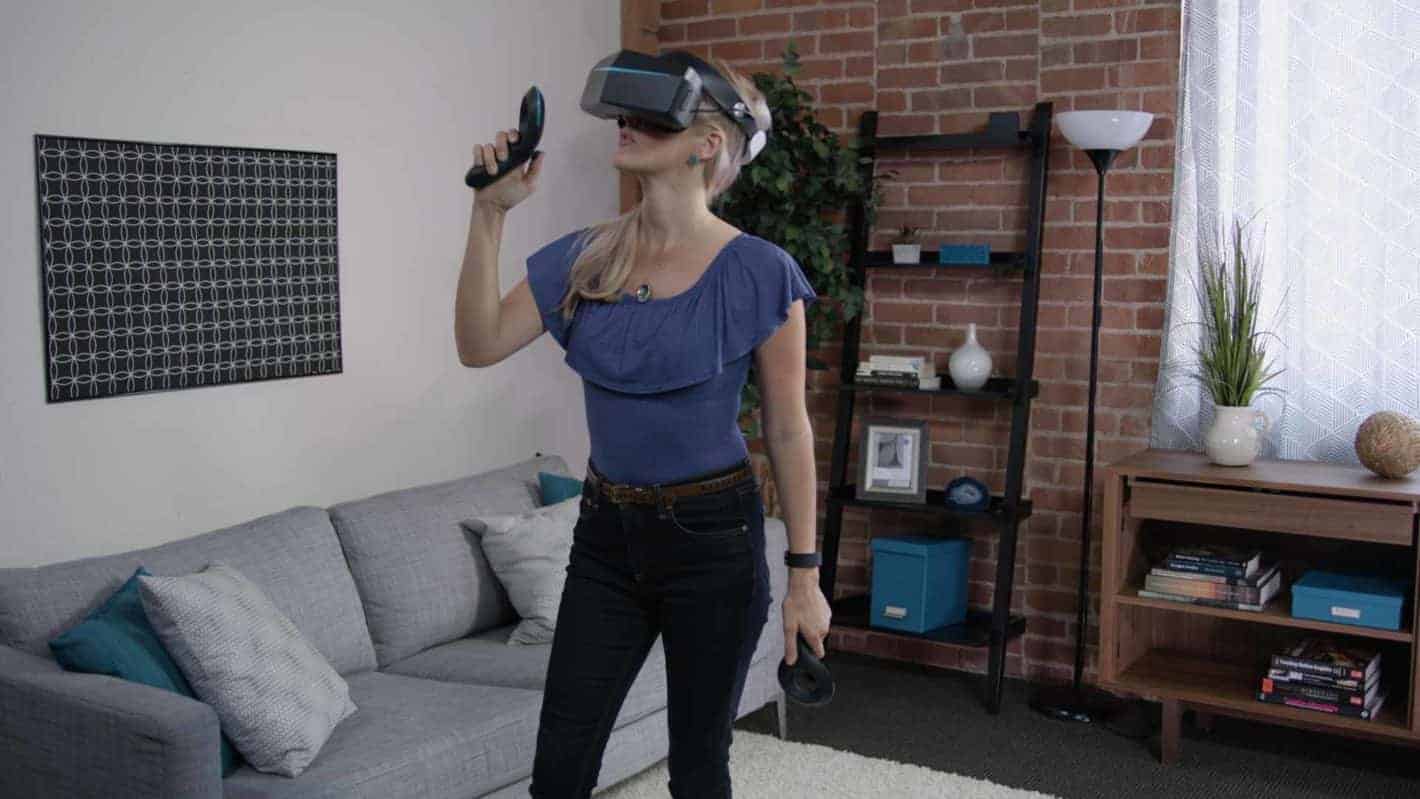 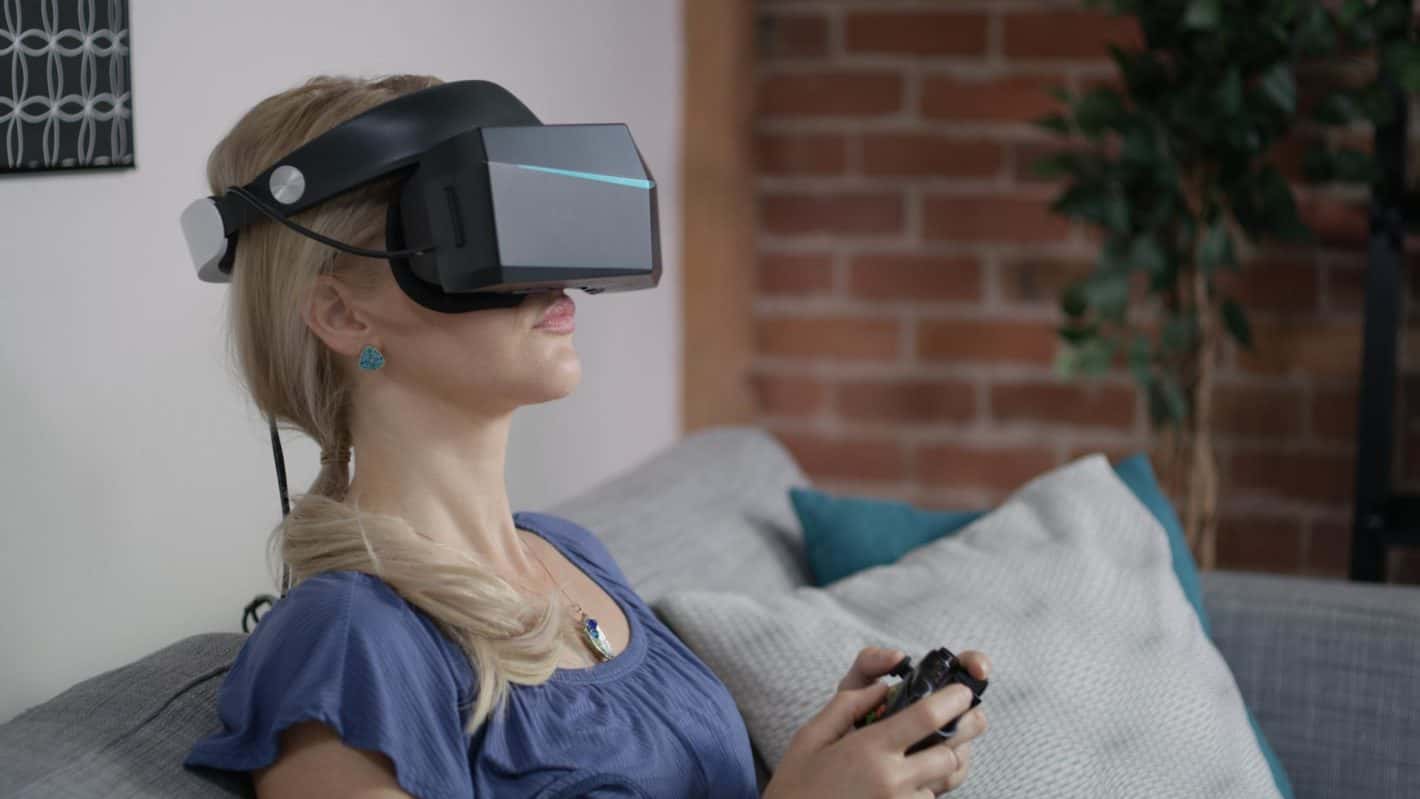 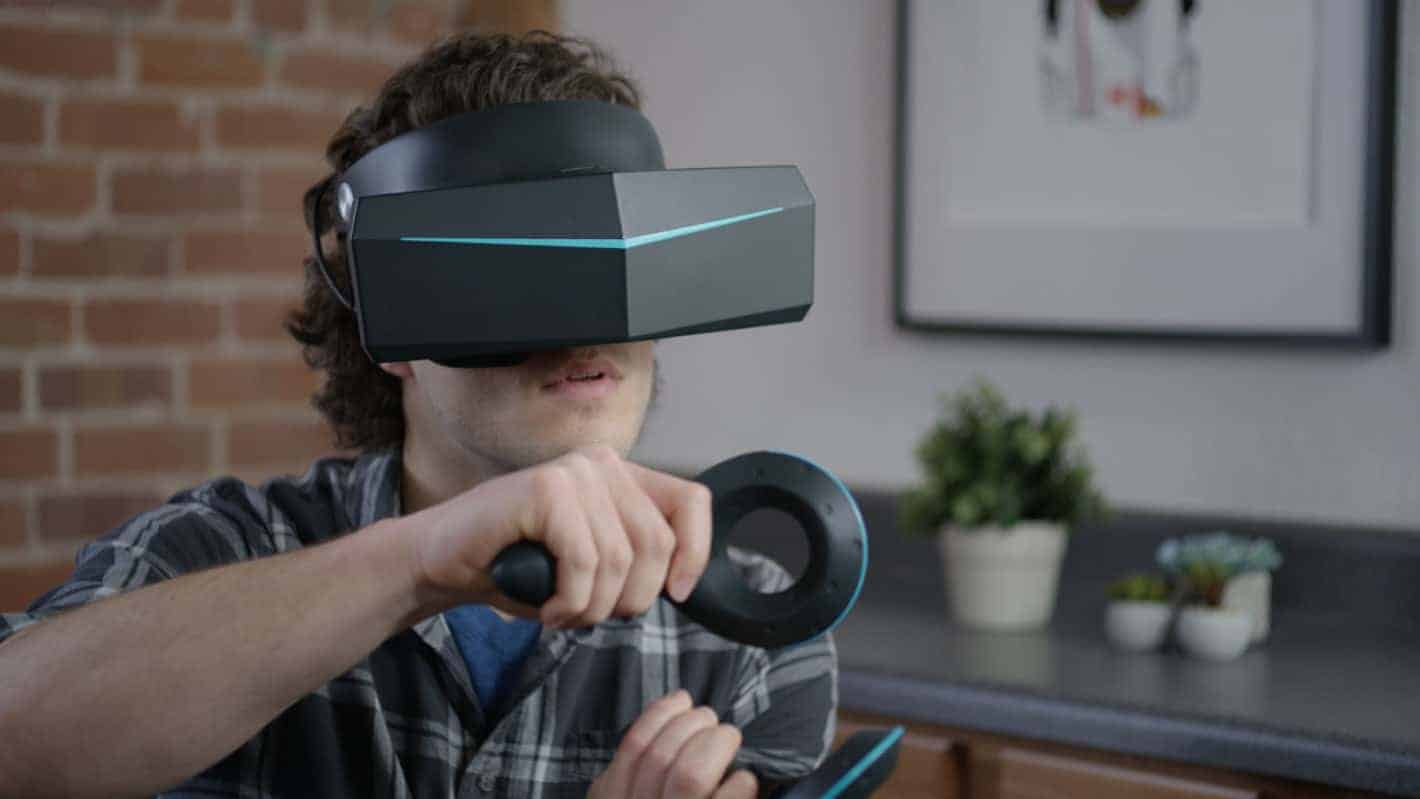 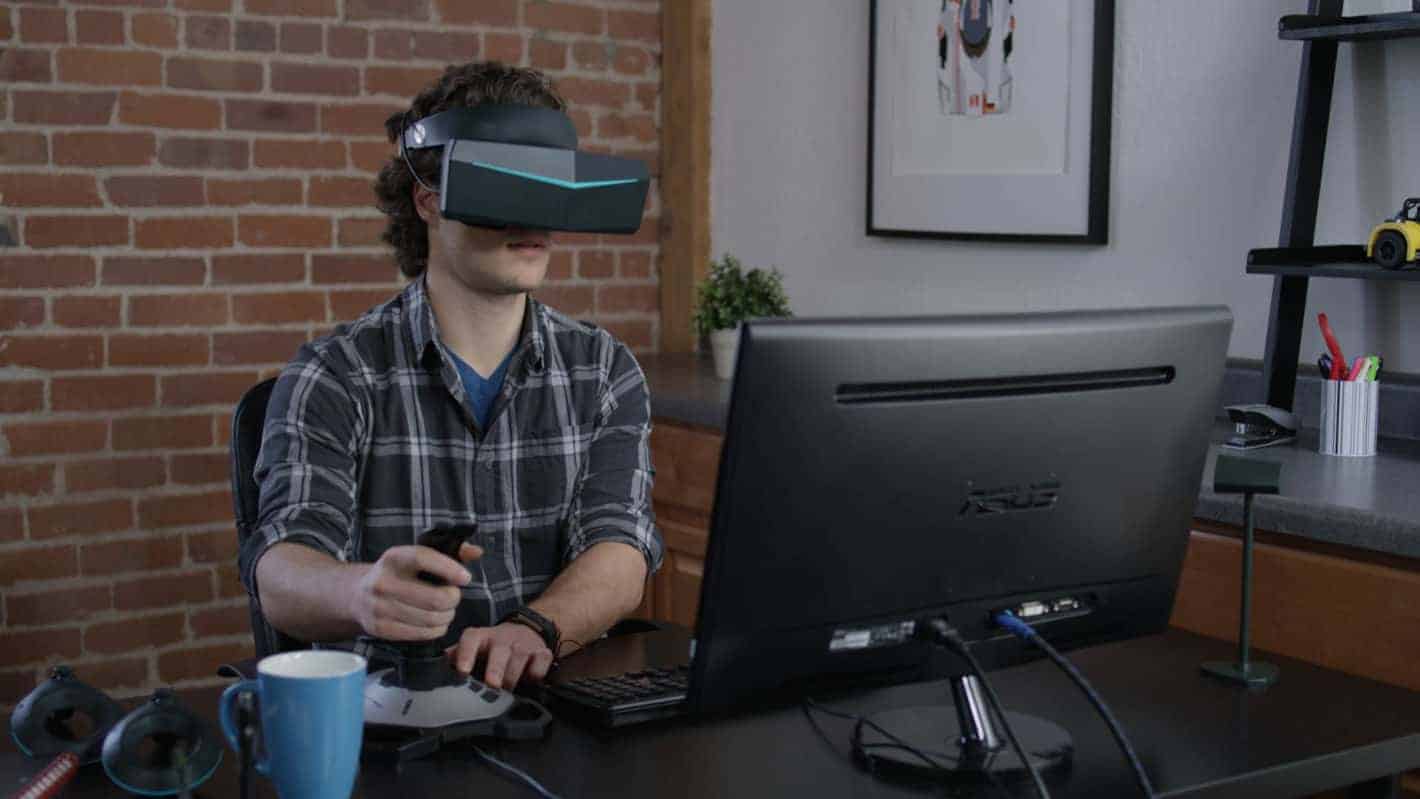 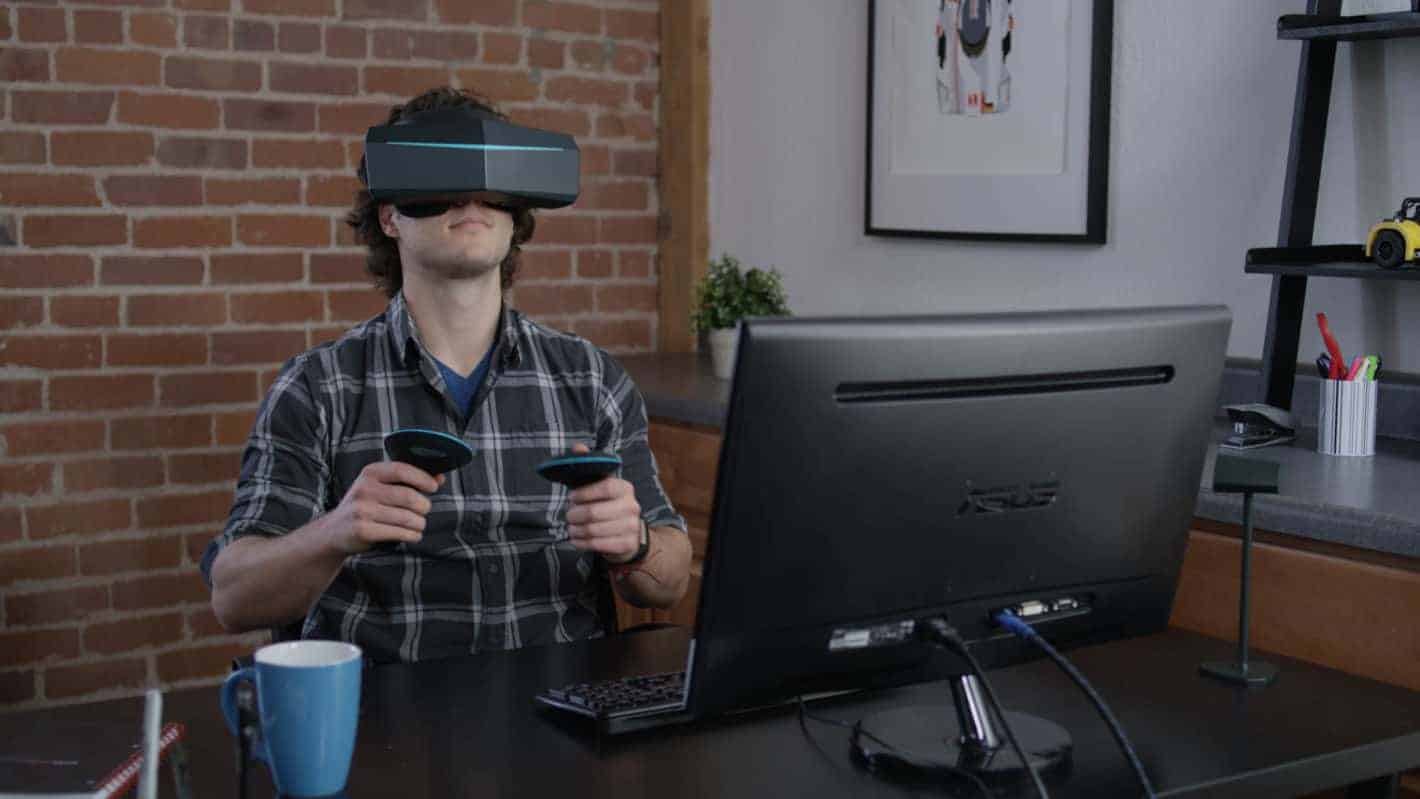 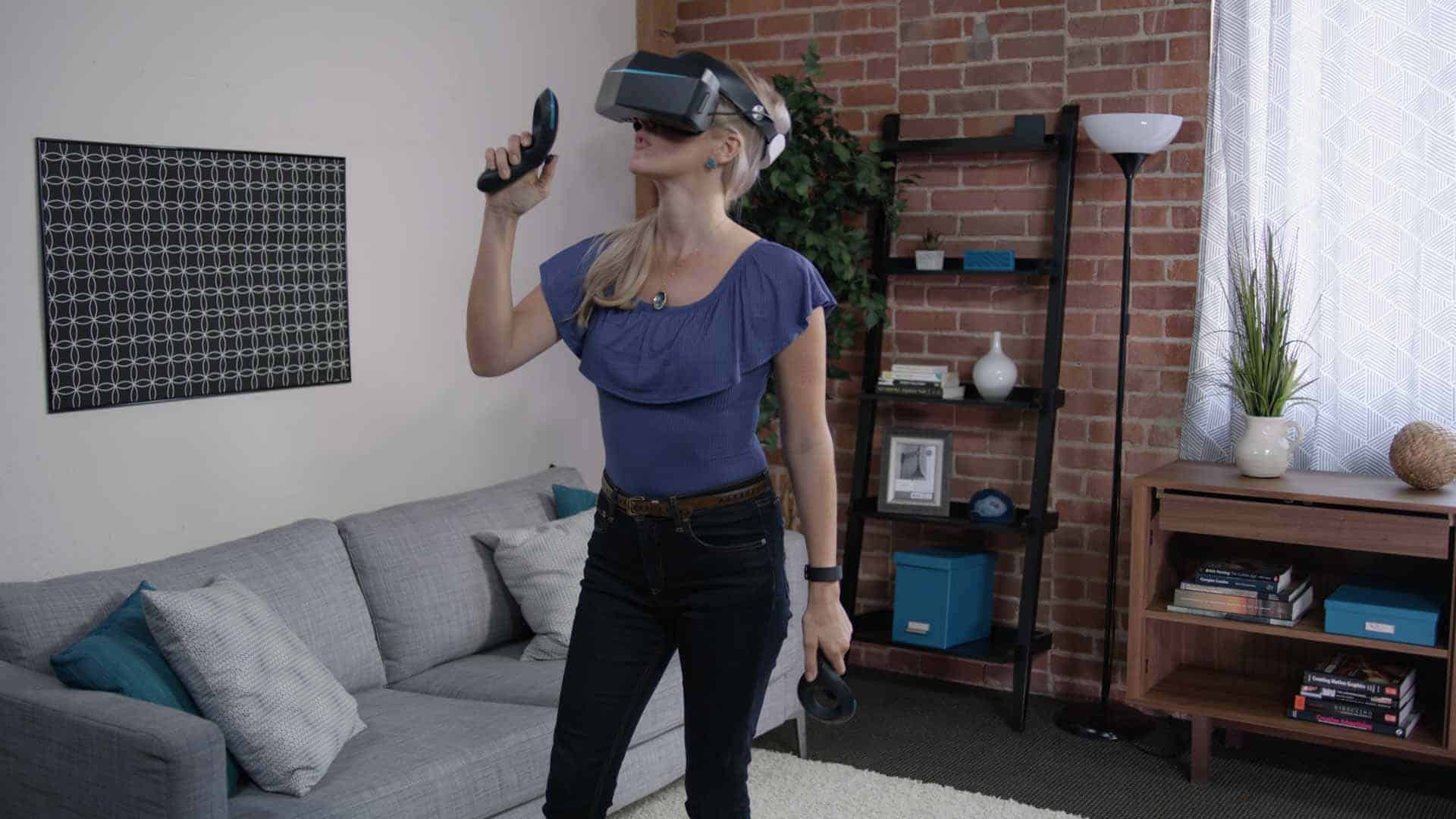 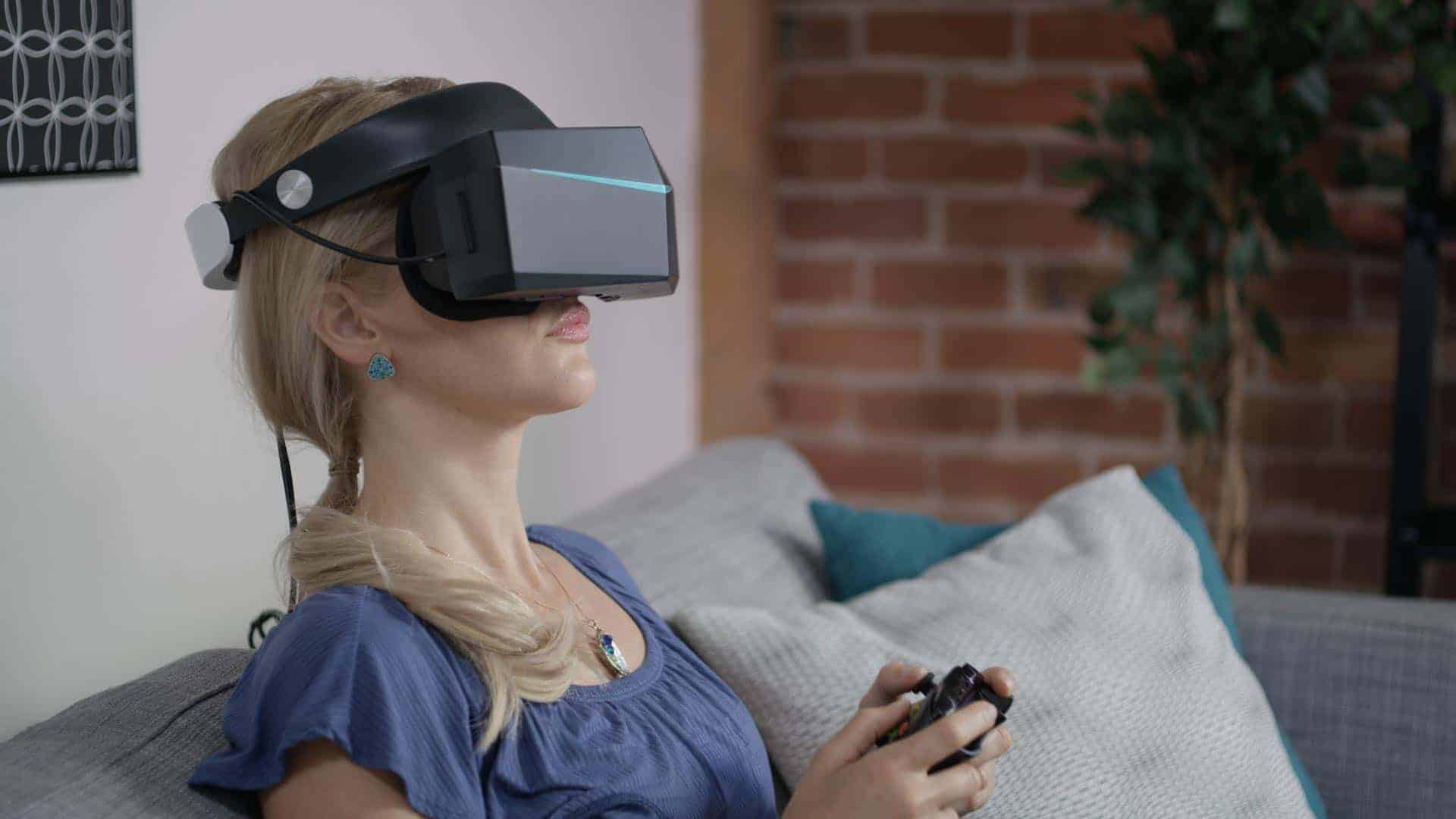 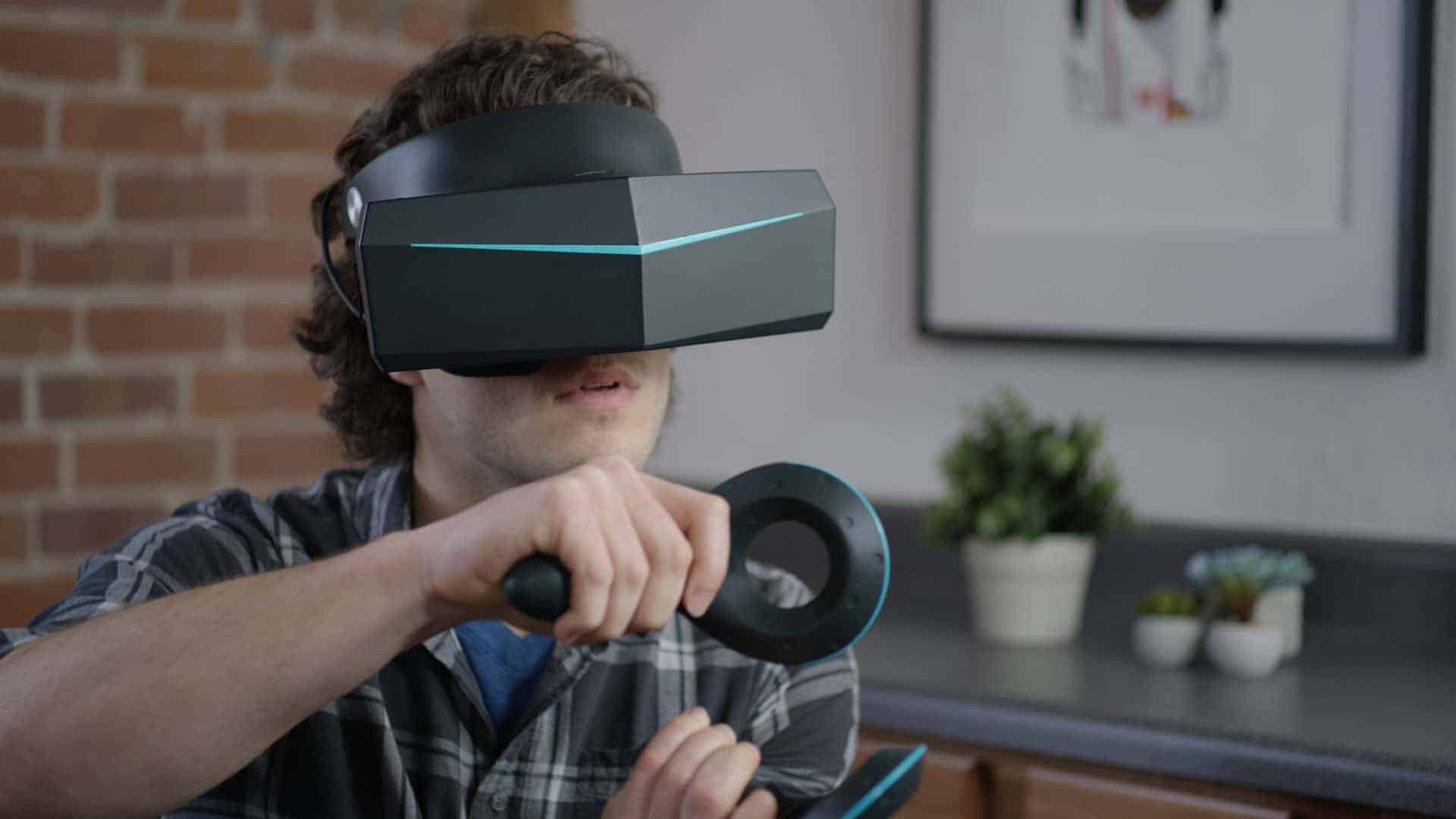 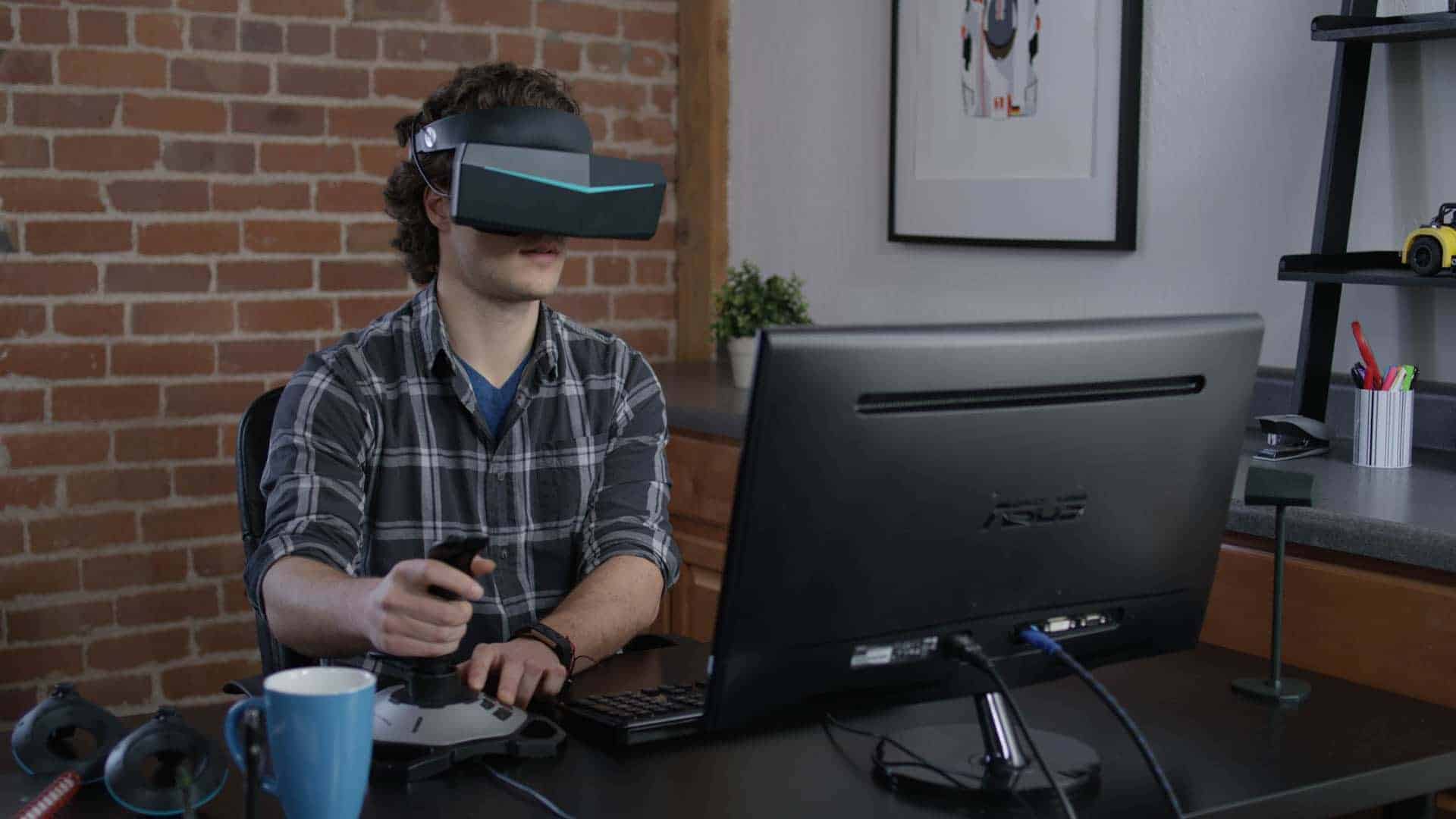 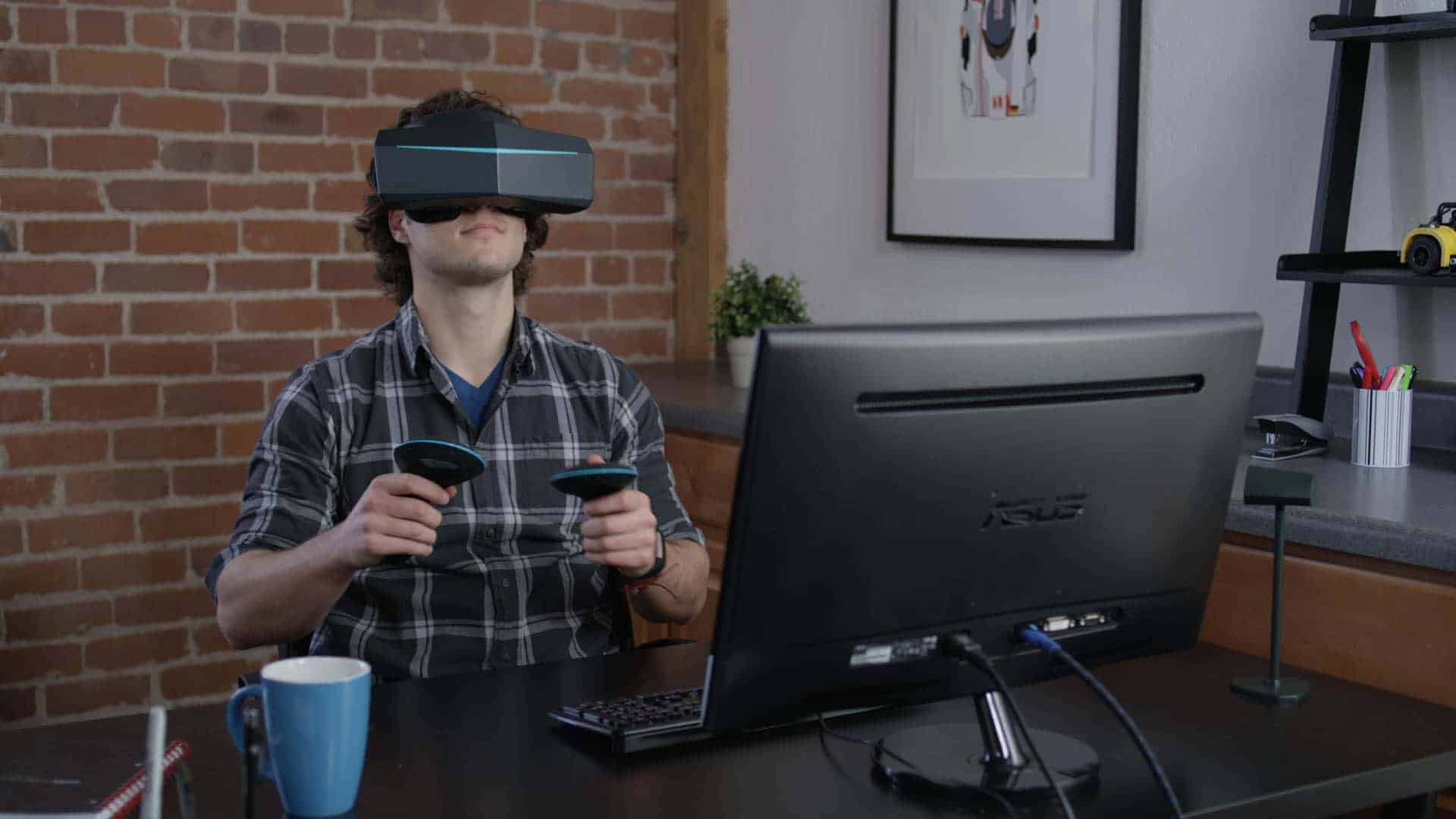