In just a couple of weeks, I as well as the rest of the consumer public will be greeted by Google's second generation Pixel devices – the Pixel 2 and the Pixel 2 XL. It's only been a year since the original Pixel and Pixel XL were introduced to the market, turning a page in the book of Google's smartphone exploits by attempting to bring a new brand to market that was uniquely Google. The new Pixel phones will have improvements over the previous models, and both will come with some slightly tweaked designs, but not so far removed from the first generation models that you can't tell what they are, or where their design inspiration came from. No, the Pixel 2 and Pixel 2 XL will look, for the most part, just like the originals, save for those few factors, like the nearly bezel-free display on the Pixel 2 XL, or the fingerprint sensor now sitting below the glass portion of the two-toned back on both models. Other than though there isn't a whole lot different about the looks except the colors.

Where the real differences will be is on the inside, but even then the changes are not so advanced and so far ahead of the Pixel and Pixel XL that they will be leaps and bounds above them in terms of performance or features. The Pixel 2 and Pixel 2 XL are sort of future proof, but not really. I'm waiting for the Pixel 3, and Pixel 3 XL, or whatever they happen to be called, and there plenty of good reasons why others might want to do the same if they have an original Pixel device as well.

One of the biggest reasons for waiting until the third gen. Pixel phones to upgrade is that my original Google Pixel still works perfectly fine. Save for a scratch here and there due a couple of drops, all of the components on the inside work fine. Nothing seems to be malfunctioning, nothing is broken, and I'm able to take it through an entire day without it dying on me, even if the battery life some days does feel lacking. If there were issues with the device then I might consider getting the Pixel 2 as an upgrade, because let's face it, a new piece of tech is always enjoyable, but the fact of the matter is that I don't need it. I'll be able to do just about everything with the Pixel that I could with the Pixel 2, minus using the Active Edge feature thanks to the sensors on the sides, but even then, much of what those will offer will be doable through any number of other methods, like asking Google Assistant to launch something, or setting up gestures through Nova Launcher to get access to a quick shortcut.

The Software Is Already Up To Date 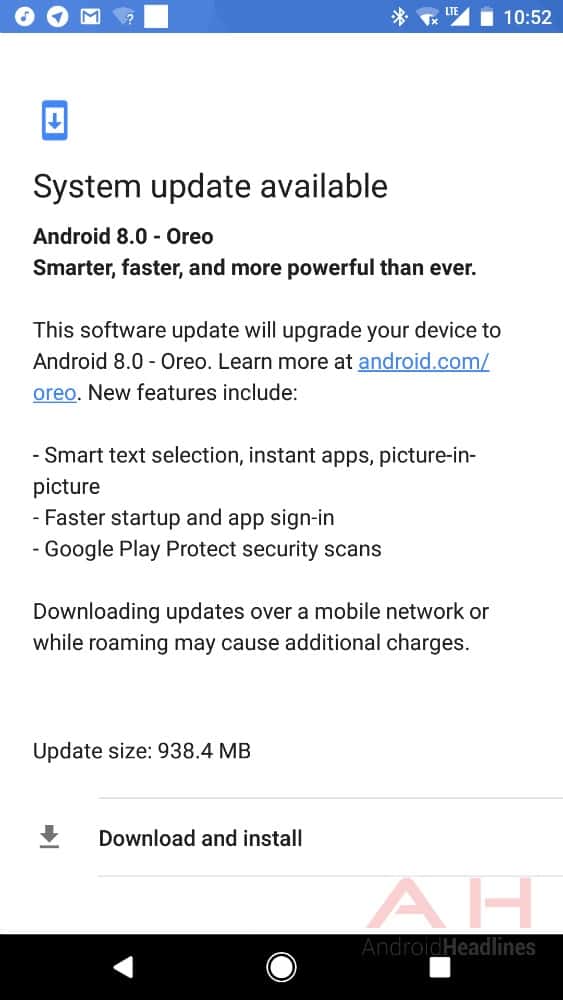 Sure, the Pixel 2 and Pixel 2 XL will come with the newest software, Android 8.0 Oreo, right out of the box. This is great for anyone that wants the newest software but may have a device which isn't on Oreo yet, and may even want to try a pure Android experience the way Google intended. The Pixel is already on the newest software though as Google sent out updates to it and the Pixel XL earlier this month, so any features that are part of Oreo and will be present on the new Pixel devices are already at my fingertips. In the past, I had considered moving to a Nexus device specifically for having access to the newest software when it was released, this led me to devices like the Galaxy Nexus and the Nexus 4, and now the Pixel. Google wasn't initially expected to launch Oreo until it announced and launched the Pixel 2 and Pixel 2 XL, but it ended up pushing out the software to users early this year, which means that software doesn't have to be a driving force in the reasoning to move from the Pixel to the Pixel 2.

The Hardware Is Mostly The Same 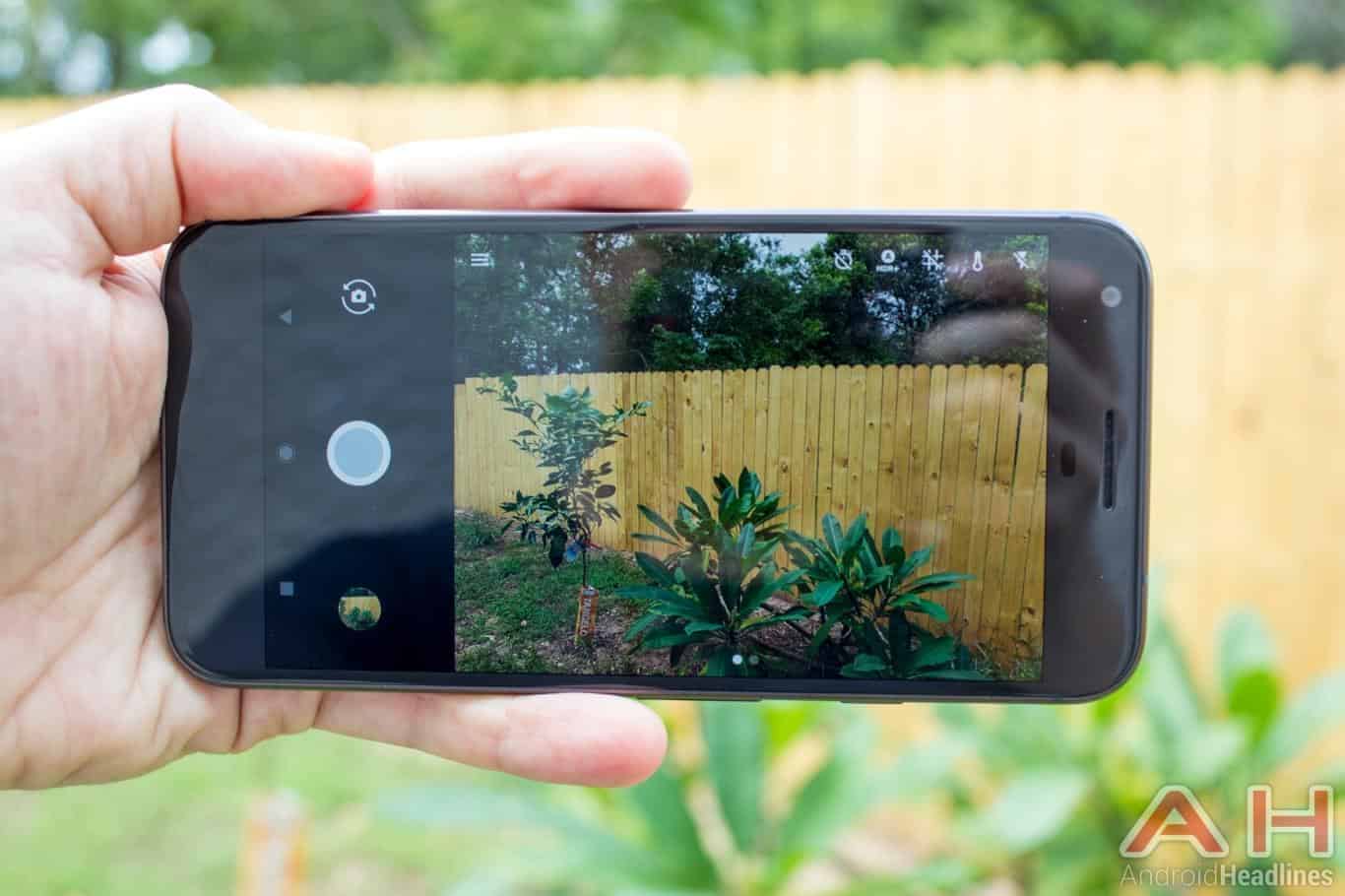 Although no confirmation has been made on the hardware specifications for the Pixel 2 and Pixel 2 XL, the rumors up to this point have pretty much pegged down what is likely to be expected, and if the rumors are all true, then the hardware on the new Pixel devices isn't that different from the current models. The biggest departure in terms of specs will be the processor, which jumps from the Snapdragon 821 to the Snapdragon 835, and this is certainly an improvement, but how much of an improvement? The Pixel is still a high-end phone and it still feels like a high-end phone, and without the Snapdragon 835 it will still be able to play the most demanding mobile games that Android has to offer, and multi-task with the best of the best in terms of flagships. It will still be able to take high-quality photos and the things that I personally get the most use out of with the Pixel – the camera, the RAM, and the screen, are all going to be the same. The screen on the Pixel 2 will be the same size and the same resolution, and if I were picking the phone that would still be just fine. The RAM will still be 4GB, so upgrading isn't going to bring more memory for running applications and tasks, and the main camera will still likely be 12-megapixels, so we can probably expect the photos to be the same, or perhaps at most, marginally better, but probably not a lot better. The storage is going to be the same as well, at least for me as I have the 128GB model of the Pixel so moving to the new Pixel 2 would still afford me the same 128GB, and at the same cost as what it was to pick up the current model, so all in all, spending another $750 to get mostly the same specs with almost no new features doesn't seem like a high priority.

The HTC Deal Should Make The Pixel 3 Line More Interesting

While the Pixel line is great and the Pixel 2 line is likely to be just as great, the Pixel 3 line could be much more interesting thanks to Google's recently announced HTC deal, which will see a number of HTC hardware employees joining Google for future products. Google already worked closely with HTC for the Pixel and Pixel XL and the Pixel 2, but with some HTC team members joining Google, anything coming after the Pixel 2 lineup this year could be quite exciting as Google will be able to make more progress with its hardware ambitions, and while this doesn't just include smartphones, smartphones will be a big part of it, and perhaps the biggest part. This deal is no doubt going to change some things about Google's Pixel branded devices, and while Google may still have worked with HTC for the Pixel 3 devices and put out a good product if the deal didn't happen, it's also possible and plausible that acquiring the team members from HTC that have worked with Google on hardware thus far will make the Pixel 3 better. The Pixel 2 lineup is going to be exciting, but the Pixel 3 lineup has me much more excited in terms of what's to come, and that excitement is a big factor in the decision to wait to upgrade. Picking up the Pixel 2 would make me less likely to be as interested in the Pixel 3 because it would probably be a very similar situation to the notion of upgrading from the Pixel to the pixel 2, a marginal upgrade. Holding out for the Pixel 3 will make its arrival that much better as the move from the current Pixel will be a bigger leap forward in hardware, features, and design.

Google's pure Android devices have always been interesting, but the Pixel brand has transitioned Google's vision for devices into something really awesome and compelling. The Pixel has been the first phone from Google in a while (since the Nexus 4) that I had to have, and while I have no doubt the Pixel 2 will be just as good, it's not looking like it will be enough to make me need to have it. The Pixel 3 on the other hand is a completely different story. There's no telling what Google will have in store for consumers with the Pixel brand towards the end of next year, but whatever it dreams up will more than likely be the best yet in the 'Made By Google' family of products, and the mystery of not knowing what's to come in addition to the arrival of newer and better technology and hardware for next year's devices is ultimately more exciting than what will be on offer this year.