OnePlus has released a new version of its Open Beta build of the OxygenOS for the OnePlus 3 and OnePlus 3T. According to the company's post on its official forums, this update will fix the Blueborne vulnerability independent from the September security patch which Google has stated will eliminate the vulnerability on all devices running Android Marshmallow and Android Nougat. This may result in some scanners incorrectly reporting that the OnePlus 3 and the OnePlus 3T are still at risk of being affected by the Blueborne vulnerability, as these apps look into the date of the security patch to determine the risk status of the handset. Blueborne allows hackers to control devices through Bluetooth without directly pairing them and can be exploited even if the handsets are not set to be discoverable. The loophole can be used to spread malware or ransomware, remotely control the device, or retrieve sensitive information like images, private messages, or location data from the smartphone. The vulnerability affects not only Android handsets but also computers running both Windows and Linux operating systems.

A new feature included in the software upgrade is the soft screen calibration which was supposedly already included in the previous version of the operating system, but it is now an option in the display settings after the manufacturer reinstated the original screen calibration. In addition, the update also installs optimizations to clear recent apps, while the OnePlus Community app has been upgraded to the version 1.9.5. Right now, the security fix and other new features are rolling out to all units of the OnePlus 3 and OnePlus 3T running the Open Beta version of the OxygenOS, and the same software package will likely be deployed to units running the stable build of the manufacturer's proprietary skin in the near future.

The OTA is currently being deployed automatically to the OnePlus 3 and OnePlus 3T and has a file size of 84MB. For those who want to switch from the stable build to the Open Beta one, you may download the latest full ROM and follow the instructions provided on the manufacturer's website. If the OTA fails to install properly, users may also have to download the full ROM to install the latest software build, but the handset will still update normally and won't wipe any data. 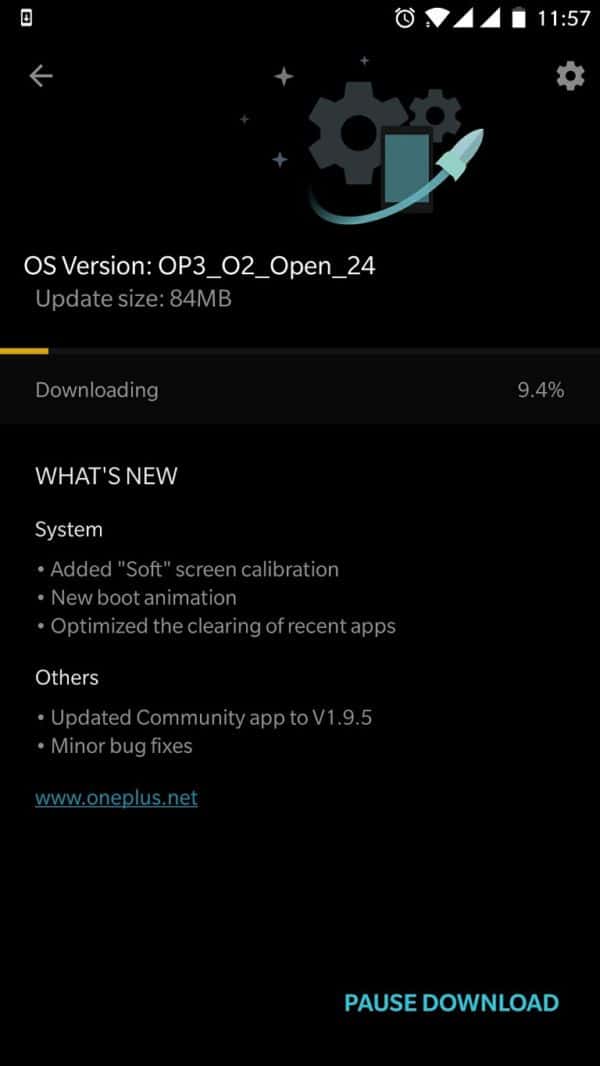