Now, the company’s President actually hinted that the Mi Note 3 will be a larger variant of the Mi 6, Xiaomi’s flagship smartphone. Truth be told, this phone truly looks identical to the Xiaomi Mi 6, at least when its back side is concerned, which essentially means that it will be made out of metal and glass, and considering that a fingerprint scanner is not placed on its back, it will almost certainly be included below the phone’s display. The Xiaomi Mi Note 3 will also sport a curved back side, while you’ll easily notice a dual camera setup on the back of this smartphone, while the company’s logo is also placed on the back. We’re still not sure what specs will the Xiaomi Mi Note 3 sport, but if we take Lin Bin’s hint literally, it’s possible that it will be identical to the Mi 6, but it will sport a larger display, of course.

The Xiaomi Mi Note 3 will probably ship with a 5.7-inch QHD panel, though it remains to be seen if that display will sport a 16:9 or an 18:9 aspect ratio, though chances are we’ll get a regular 16:9 panel here, considering that the Mi MIX 2’s display will come with an 18:9 aspect ratio. The Xiaomi Mi Note 3 will probably be fueled by the Snapdragon 835 64-bit octa-core processor, while the Adreno 540 GPU will be in charge for graphics processing. Chances are we’ll get two 12-megapixel snappers on the back of the Mi Note 3, and Android Nougat will come pre-installed on the device, along with Xiaomi’s MIUI 9 OS. 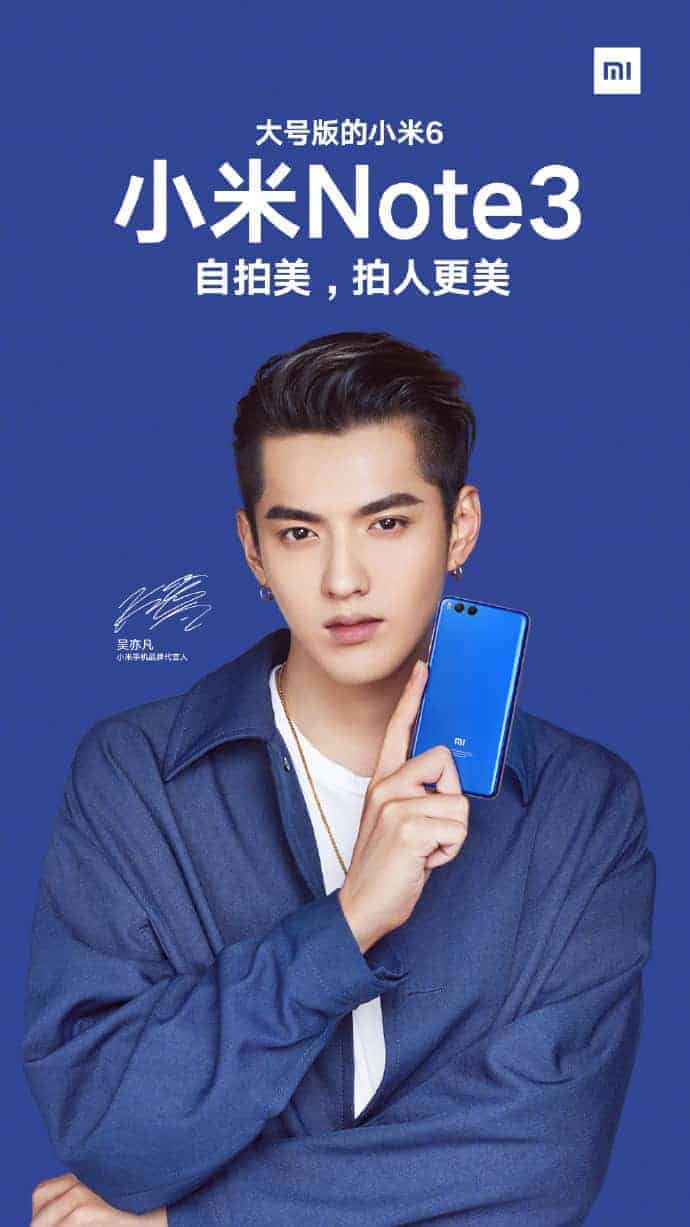