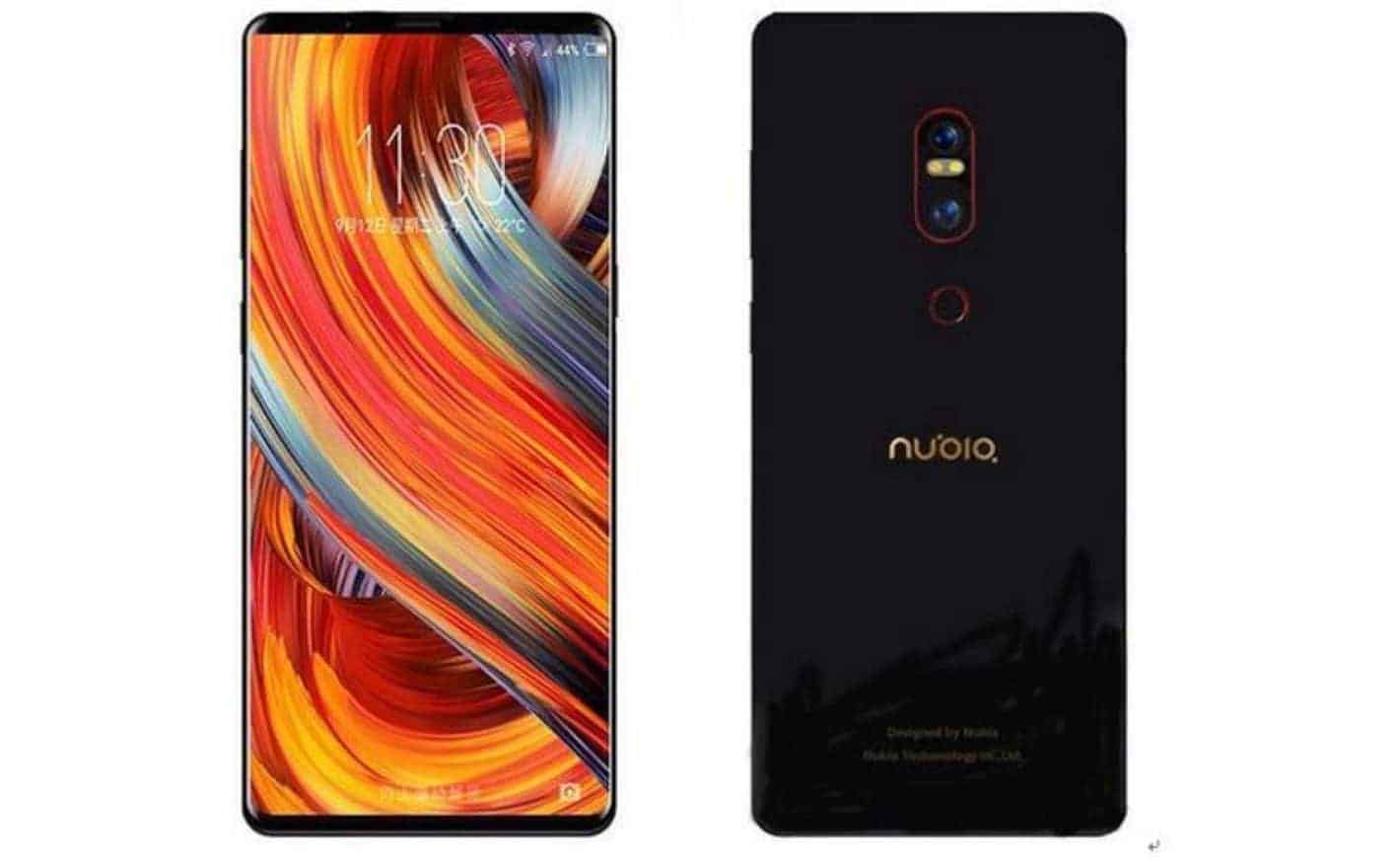 A Nubia-made device said to bear the model number NX595J surfaced online earlier today, with its first supposed render originating from the company's home country of China. The image that can be seen above shows another smartphone with a relatively bezel-free design, as the newly leaked device sports an edge-to-edge screen and minimal top and bottom bezels. The corners of the Nubia NX595J's display panel are rounded in a relatively slight manner, though it's currently unclear whether the smartphone is supposed to have a panel which curves around its long edges like the one found on the Galaxy Note 8 and Galaxy S8-series devices or if it's simply using visual tricks to hide its side bezels. The legitimacy of the render itself is also somewhat dubious, with the image being of a relatively low quality and the front angle showing a device with 44 percent of battery left; official phone renders traditionally depict handsets with (almost) full batteries due to a number of psychological reasons valued by professional marketers, so even if the Nubia NX595J exists, the newly leaked image presumably didn't originate from the Chinese original equipment manufacturer.

The rear panel of the sighted device shows a dual camera setup entailing two vertically arranged lenses, with a dual-LED (dual tone) flash unit situated between them. The image doesn't make it clear whether the camera module of the Nubia NX595J is supposed to protrude from the handset to any extent, though it does show the two sensors being situated immediately above a circular fingerprint reader and the company's signature branding. The smartphone seemingly sports a glossy black finish and its display panel apparently utilizes a non-conventional aspect ratio, possibly the 18:9 (2:1) image format which has already been commercialized by numerous smartphone makers over the course of this year.

According to the source of the render, the top and bottom bezels of the Nubia NX595J are only 3mm thick, with the screen itself being of the 5.73-inch variety. The smartphone is supposedly made of aluminum and has a screen-to-body ratio of over 90 percent, the leak suggests. No other information has been provided by the source but if the Nubia NX595J is a legitimate device, the Chinese company may announce it come late 2017.