Nubia, via Weibo, has now confirmed that it will be hosting an event on October 12 in Shenzhen, China. While the company has not outwardly confirmed what will be announced at the event, the teaser image which came through along with the confirmation highly suggests that the phone that will be announced will be a bezel-less phone.

Nubia already does have a bezel-less phone available in the form of the Nubia Z17, the company’s current flagship offering. However speculation has been mounting of late that the next phone to be announced by the company would go beyond just being bezel-less, as it would also come sporting an 18:9 aspect ratio, another one of the en vogue features of 2017 which looks to max out on display real estate while also slimming down the profile of the phone overall. In fact, the company had previously confirmed that it was working on an 18:9 aspect ratio smartphone, and photos of what seemed to be a prototype of that phone surfaced online within the last week. Which when all taken together does seem to be a fairly firm suggestion that on October 12 Nubia will announce a new phone with an 18:9 aspect ratio.

As for the rest of the specs, there has not been much in the way of news coming through directly relating to this 18:9 aspect ratio phone. However, the prototype photos that came through recently are believed to be of the Nubia NX59J (which has also been linked to the Nubia Z17s – what is likely to be its official name), a smartphone model number that also within the last week was spotted passing through TENAA. As a result of that listing, and providing the Nubia NX59J (or the Nubia Z17s) is this phone, then it is likely the phone announced on October 12 will feature a 5.2-inch display with an 18:9 aspect ratio, 6GB RAM, 64GB internal storage, and powered by an octa-core SoC. Other features will include a 16-megapixel rear camera, a 13-megapixel front-facing camera, a 3,100 mAh battery, and Android 7.1.1 (Nougat). Although none of the specs are confirmed at this point, or the name, October 12 will be the date in which all of the details, specs, and features on offer with this upcoming 18:9 aspect ratio smartphone are announced. 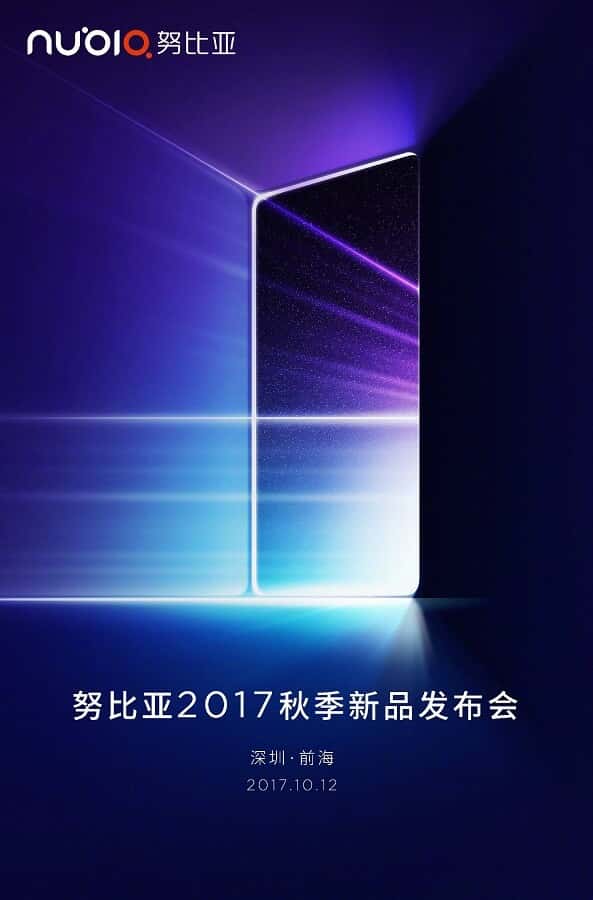