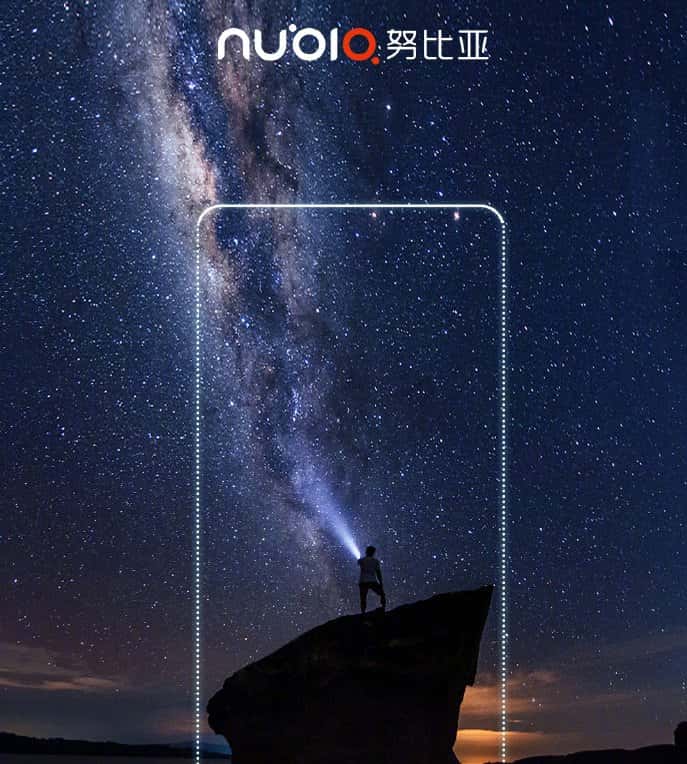 It seems like Nubia is planning to release a new smartphone which will sport a display ratio of 18:9, just like the LG G6 and LG V30. The company actually released a new teaser on its official Weibo (Chinese social network) page, and in that teaser image, the company is showing off a smartphone frame which seems to be quite tall, and in addition to that, the company also mentions the 2:1 aspect ratio, which is actually an equivalent to an 18:9 ratio. This is the first time we're hearing about such a smartphone from Nubia, and the company did not release any additional info along with this, so we don't really know when will this phone arrive, but chances are it will be announced in the near future.

Nubia had already introduced one smartphone with really thin bezels this year, the Nubia Z17, which is the company's current flagship smartphone. That handset sports a regular 16:9 aspect ratio on its 5.5-inch fullHD display. The Nubia Z17 basically has no bezel on the sides, though bezels are included above and below its display. Now, we're still not sure whether this new smartphone will sport high-end specs or not, but chances are it will, especially considering this is the first smartphone from Nubia which will come with an 18:9 display aspect ratio, and chances are it will ship with really thin bezels as well. The Nubia Z17 is actually fueled by the Snapdragon 835 64-bit octa-core SoC, and it comes in both 6GB and 8GB RAM variants, so that will be hard to beat in terms of specs, but maybe Nubia decides to include a higher-res display in this new phone in order to trump the Nubia Z17, though that would mean that the Nubia Z17 will no longer be Nubia's flagship, which would also be a weird move by the company, as the Nubia 'Z' line of devices has been on the throne for a while now.

All in all, we don't have all that much info regarding this upcoming smartphone, and all we can do at this point in time is speculate. Nubia is expected to introduce this smartphone soon, and chances are that the company will release new teasers in the near future, and we're also expecting to see some leaked images when this phone is concerned, and some specs-related leaks as well, but we'll see what will happen.