Nintendo on Wednesday addressed some criticism of its Nintendo Switch Online Android app, with the company releasing an update that fixes a number of the mobile tool's shortcomings in an effort to make it more convenient to use. The latest version of the app should be globally available for download from the Google Play Store by the end of the day and introduces several major improvements to the way Nintendo Switch Online works; most notably, it allows users to stay engaged in a voice chat even when their smartphones are locked and sleeping. This particular functionality has been the subject of some of the most common complaints about Nintendo's offering, with users being required to leave their smartphones in an active state in order to access voice chat while playing Splatoon 2.

Likewise, Nintendo Switch Online-enabled voice chat has now been reworked as a background Android service and can remain functional even when you're using other apps. The newly introduced feature adds an extra layer of convenience to the mobile tool and eliminates another pet peeve users often experienced in Splatoon 2 lobbies. Nintendo's changelog also mentions a number of unspecified bug fixes which are shipping as part of the latest update, in addition to improved Bluetooth support for wireless headphones and other audio devices. People with smartphones running Android 6.0 Marshmallow and later versions of Google's mobile operating system will have to manually deactivate Android's battery optimization functionality for Nintendo's app in order to be able to use it while their device is asleep, Nintendo said. The relevant option can be found in the Settings app of your handset, with Nintendo also including a convenient shortcut into its own app which is accessible from its main menu. Selecting the "Power Saving Settings" option will present you with the screen that can be seen below, and tapping its "Change Settings" button at the bottom of the interface will bring up the relevant portion of your system settings.

Nintendo Switch Online is still primarily aimed at Splatoon 2 players but should have its capabilities expanded in the future as more online multiplayer games for the company's latest console are released. Apart from the voice chatting app, Nintendo is also offering a mobile parental control hub for Android devices which Switch owners can download from the Google Play Store free of charge. 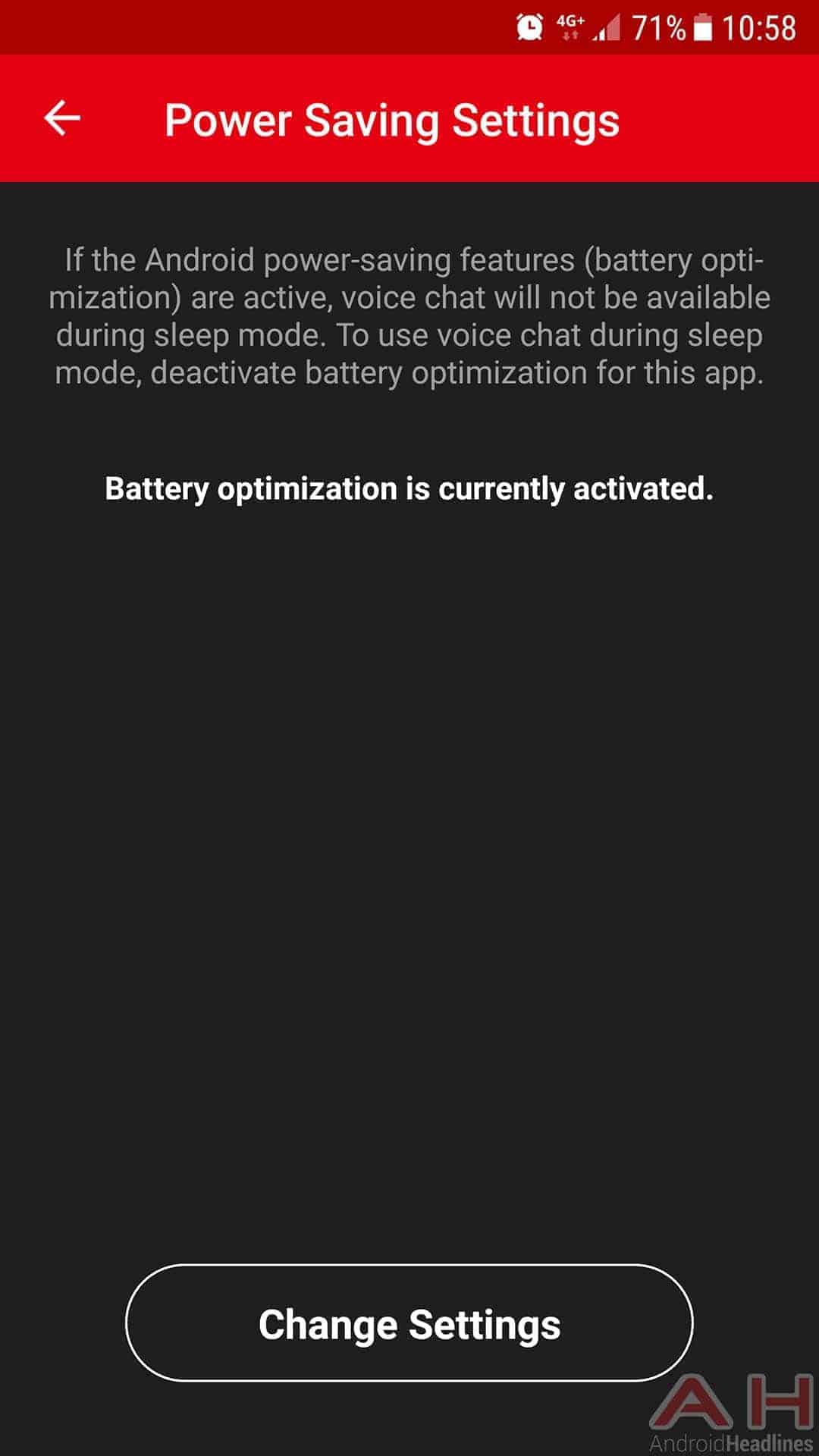 Advertisement
Trusted By Millions
Independent, Expert Android News You Can Trust, Since 2010
Publishing More Android Than Anyone Else
27
Today
154
This Week
659
This Month.
8101
This Year
109573
All Time
Advertisement