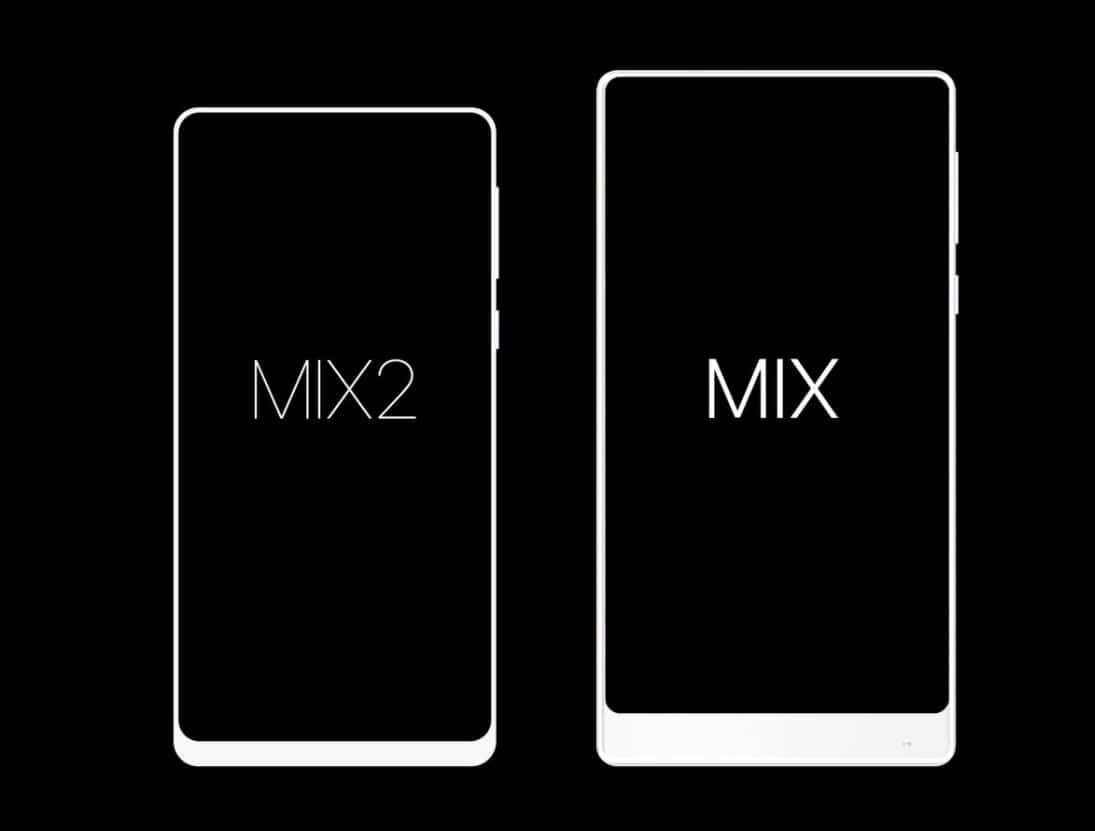 The Xiaomi Mi MIX 2 will have a 6.2-inch display panel and be visually similar to its predecessor, according to a newly leaked image showing a comparison of the diagrams of the two devices shared by known industry insider Benjamin Geskin on Tuesday. The render that can be seen above indicates that the Mi MIX 2 is set to succeed the nearly bezel-less design of the original Mi MIX but feature a somewhat smaller display panel while simultaneously improving its already impressive screen-to-body ratio which will reportedly amount to 93 percent. This design change should allow Xiaomi to deliver a significantly more compact device with comparable screen real estate.

Furthermore, unlike the 17:9 panel found on the Mi MIX, its successor will apparently opt for a more common 18:9 (2:1) aspect ratio which was already commercialized by a number of original equipment manufacturers (OEMs) over the course of this year, as evidenced by smartphones like the LG G6 and V30. The bottom bezel of the Mi MIX 2 also seems to be significantly slimmer compared to that seen on the older handset, making the overall design of the product more symmetrical. The power key and volume rocker of the Mi MIX 2 will still be situated alongside its right edge, the newly uncovered diagram suggests.

Xiaomi's upcoming phablet has already been sighted on numerous occasions in recent months, with the company itself confirming that it already entered mass production and will be officially announced on Monday, September 11. The flagship is expected to be powered by the Snapdragon 835, Qualcomm's latest and greatest system-on-chip (SoC) and its first silicon manufactured on the 10nm process node. The Mi MIX 2 is likely to be offered in two variants, with the most capable one featuring 8GB of RAM and 256GB of internal flash memory, whereas the other model will come with 128GB of storage space and 6GB of RAM, industry insiders said earlier this year. The rear panel of the handset is rumored to house at least one 21-megapixel sensor, with the phone itself supposedly being powered by a 4,400mAh battery. The Mi MIX 2 will directly compete with both the Galaxy Note 8 and iPhone 8 series, both of which are also scheduled to launch in China next week.