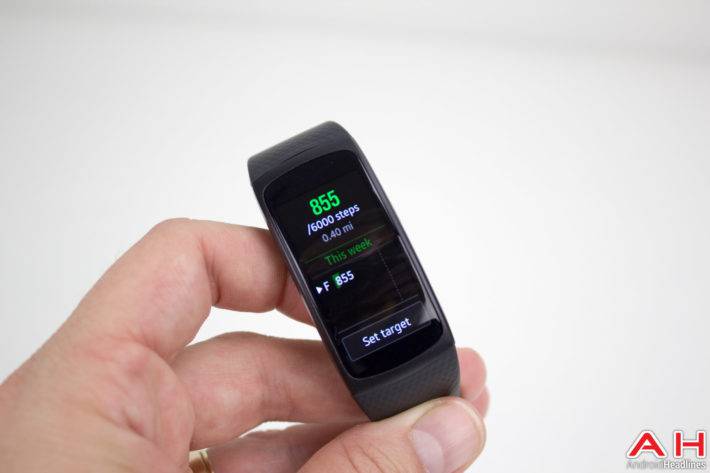 Samsung's first Tizen-powered fitness wearable – the Gear Fit 2 – reportedly has a new software update rolling out that brings a couple of new features that fitness aficionados are bound to enjoy. Not least of those is a newly added ability to continuously monitor the wearer's heart rate. That feature also allows users to set a target heart rate "zone" – which is a fancy way of saying they can aim for a specific percentage of their maximum heart rate based on their physical condition, personal fitness aspirations, and the kinds of workouts they use. The zones are classified by number with zone 1 starting things out at 50 to 60 percent of the heart rate maximum and zone 5 topping things off at between 90 and 100 percent of the maximum. The heart rate monitoring portion of the update appears to build on another update from earlier this year, although the new features appear more comprehensive now in terms of the function uses they provide to users.

Beyond that added functionality, the update also brings several new watch faces. That includes several under the categorization of "Fitness Pro" faces and a Pedometer-focused face. Two new apps have been to the Gear Fit 2 added as well, including a Schedule App and a Weather App. As is almost always the case, this update does also include some bug fixes and performance improvements so that things can run even more smoothly than before – though no specific details were provided regarding those.

As to what the update itself entails, the new software and firmware versions associated with it are reported to be DQI2 / R36OXXU1DQI2 / R36OOXA1DQI2. Users should be aware that they will not be able to downgrade to the previous software version of the software after updating because of changes to the device's security policies. Before anybody gets too excited, Gear Fit 2 owners should also be aware that, as of this writing, this update has only reportedly been spotted in Indonesia. If the changes are rolling out worldwide, it could take some time before they hit everybody's devices and there is a chance that the features won't be added to the devices on a global scale. Samsung, in the meantime, has not officially commented on the update. 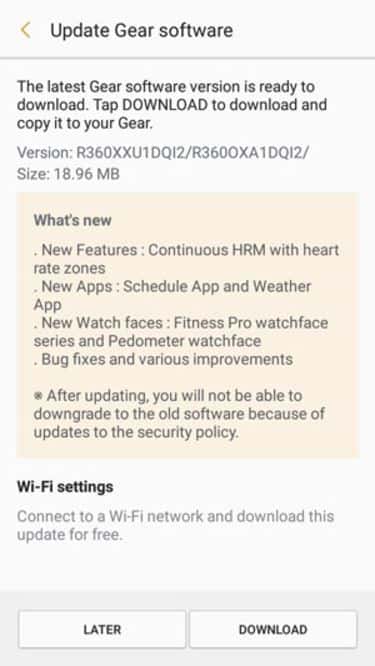