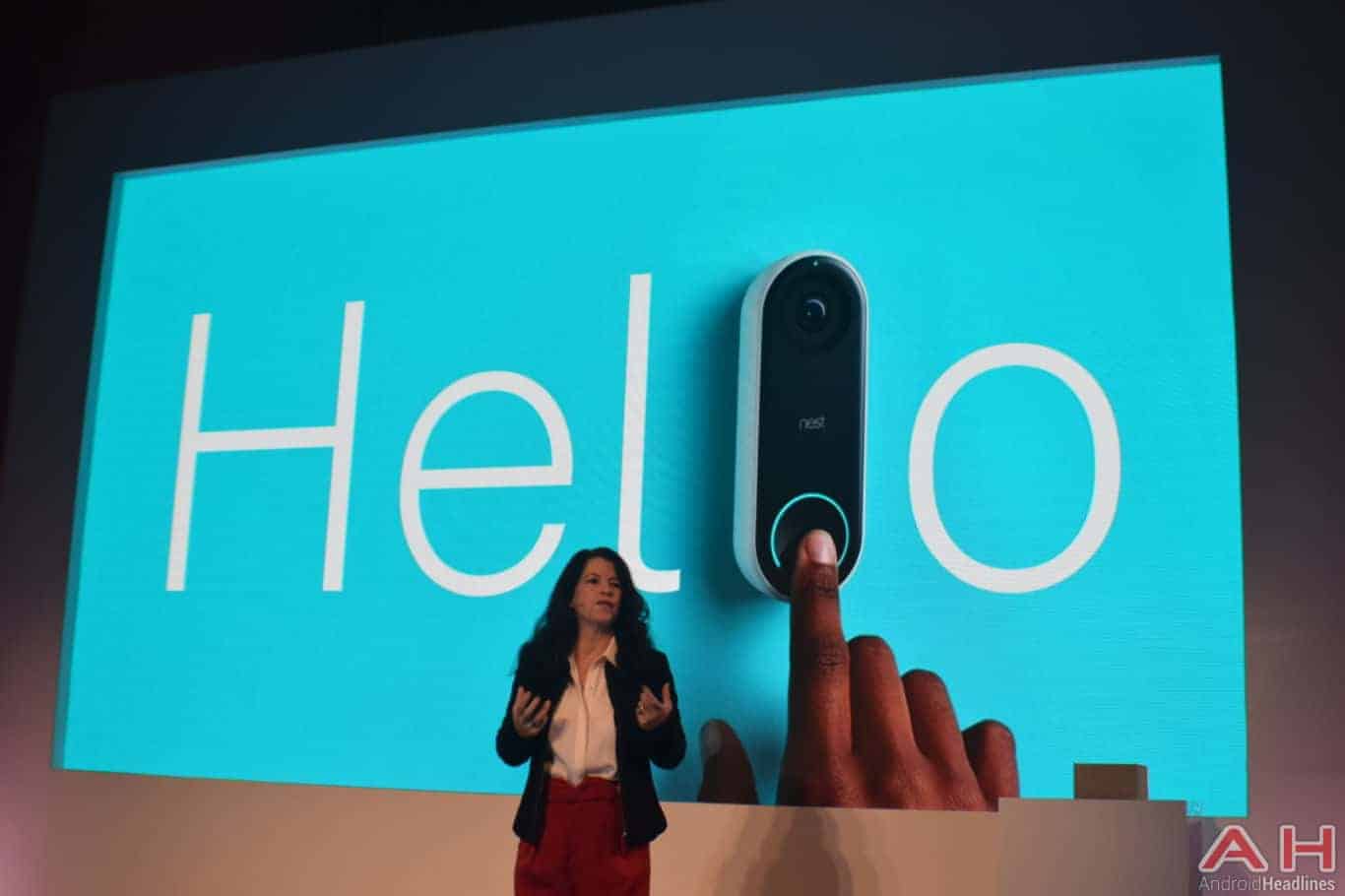 As part of a Nest event which took place today in San Francisco, Nest announced the introduction of a new security system for the home, Nest Secure. In addition to that main home-focused security product Nest also announced a new doorbell. Of course with this being a Nest doorbell, it is no ordinary doorbell, but instead is one which is designed to let the home owner know who is at the front door without actually having to answer the door or even peep through the spy hole.

The doorbell, which is now confirmed as the 'Nest Hello' is essentially the sum of a traditional doorbell along with a Nest Cam. So as can be seen from the images above and below, in addition to the touch bell button, Nest Hello also comes equipped with a camera attached. One which Nest states offers the “image quality and intelligence of a Nest Cam.” What is likely to be one of the key selling points though, is that this camera not only offers a HD viewing experience but also employs the use of a 160-degree field of view, as well as a 4:3 aspect ratio. Features which Nests points out will allow for those in the home to not only see the full profile of someone who is at the door, but even packages that are left on the floor. This doorbell will literally allow you to see most of the landscape right outside the door and not just what is directly in front of the spy hole.

With this being a ‘smart’ doorbell the features do not stop there either, as Nest Hello also comes with the ability to live stream the view of the doorbell from just about anywhere and 24 hours a day, seven days a week. So this is the sort of product which will allow users to view what is going on outside the home, while away from home. At the same time, owners will be able to receive notification alerts advising when the doorbell has sensed someone is nearby – even if they do not actually ring the doorbell. As an extension of this last feature, and for those who subscribe to the company's Nest Aware service, Nest Hello will be able to identify if those at the door are 'familiar faces' or not. Further adding to its watching capabilities and further highlighting the 24 hours a day nature of Nest Hello, this doorbell also comes with night vision, resulting in a view that is equally as good during the night hours as during the day. While Nest has now made the Nest Hello official and provided details on the general functionality and features that are on offer, the company has yet to provide any firm details on how much Nest Hello will cost when it does become available, or for that matter, any any firm details on when it will become available to buy. Other than stating that Nest Hello is due to become available sometime in the first quarter of next year.