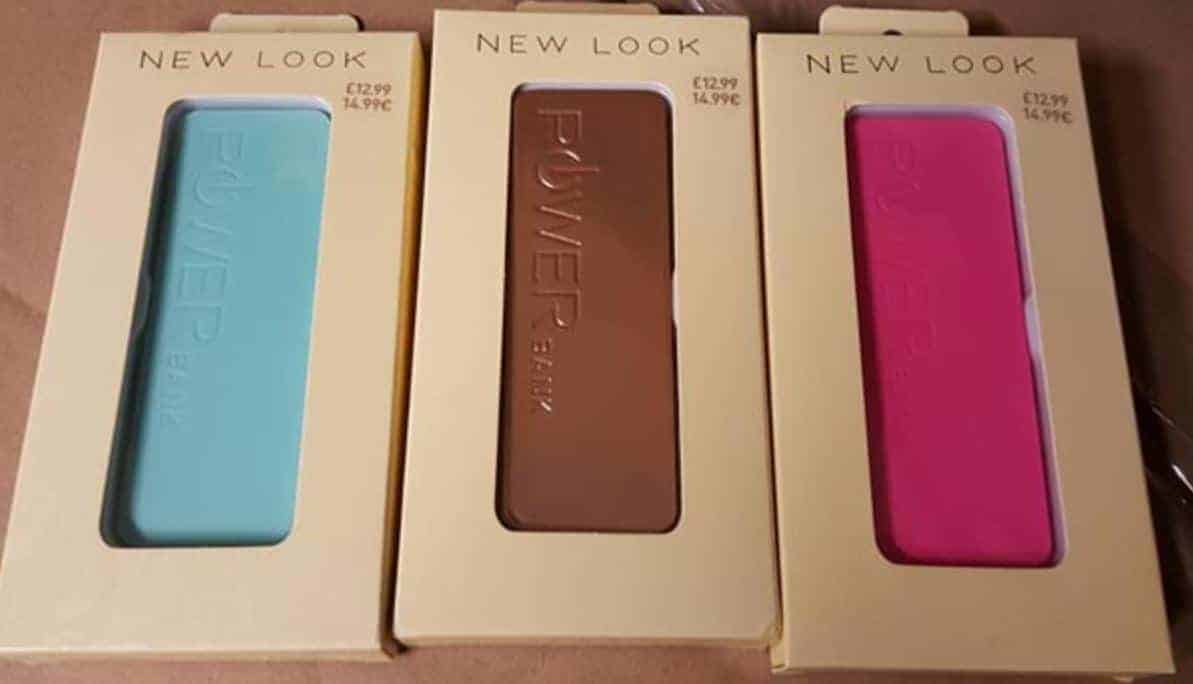 A New Look-branded power bank simply called Power Bank was recalled in the European Union, as revealed by the latest edition of the European Commission's Rapid Alert System. The model number of the unit hasn't been disclosed by the consumer protection division of the political bloc, though the recalled device can be seen in the image above, features a 2,800mAh capacity, and is available in light blue, pink, and gold (with a brownish hue) color options. The product retails for €14.99 or £12.99 in the United Kingdom and was flagged as being a fire hazard by competent authorities in the Netherlands.

According to Dutch officials, the New Look power bank in question doesn't feature any kind of over-current protection and is hence capable of overheating, presumably both while charging and being discharged. By the time officials filed a request for the product to be pulled from the European market, two fire-related incidents associated with the New Look power bank have been reported in the Netherlands, the Rapid Alert System's listing reveals. It's currently unclear whether the accidents in question led to any injuries, but further investigation revealed that the recalled power bank was already discontinued in the Netherlands on April 19 where it's been sold since September 28, 2016. Retailers Trekpleister, Intertoys, Bart Smit, and Prismepper have been selling the product in the Netherlands and while the power bank now seemingly isn't available from any online retailers on the Old Continent, it remains unclear whether some brick-and-mortar stores in Europe are still stocking it.

Even though the Dutch consumer protection authorities have presumably already dealt with the unsafe power bank, the fact that a continent-wide recall has been issued by the European Commission over four months after the device was first flagged indicates that the product was also being retailed in other countries and the fact that its official packaging lists prices in both Euros and Pound Sterlings suggest that it was at the very least aimed at the UK market even if it never made its way there. In case you still have one of these power banks imported from China at hand, contact your retailer who will arrange for a refund.