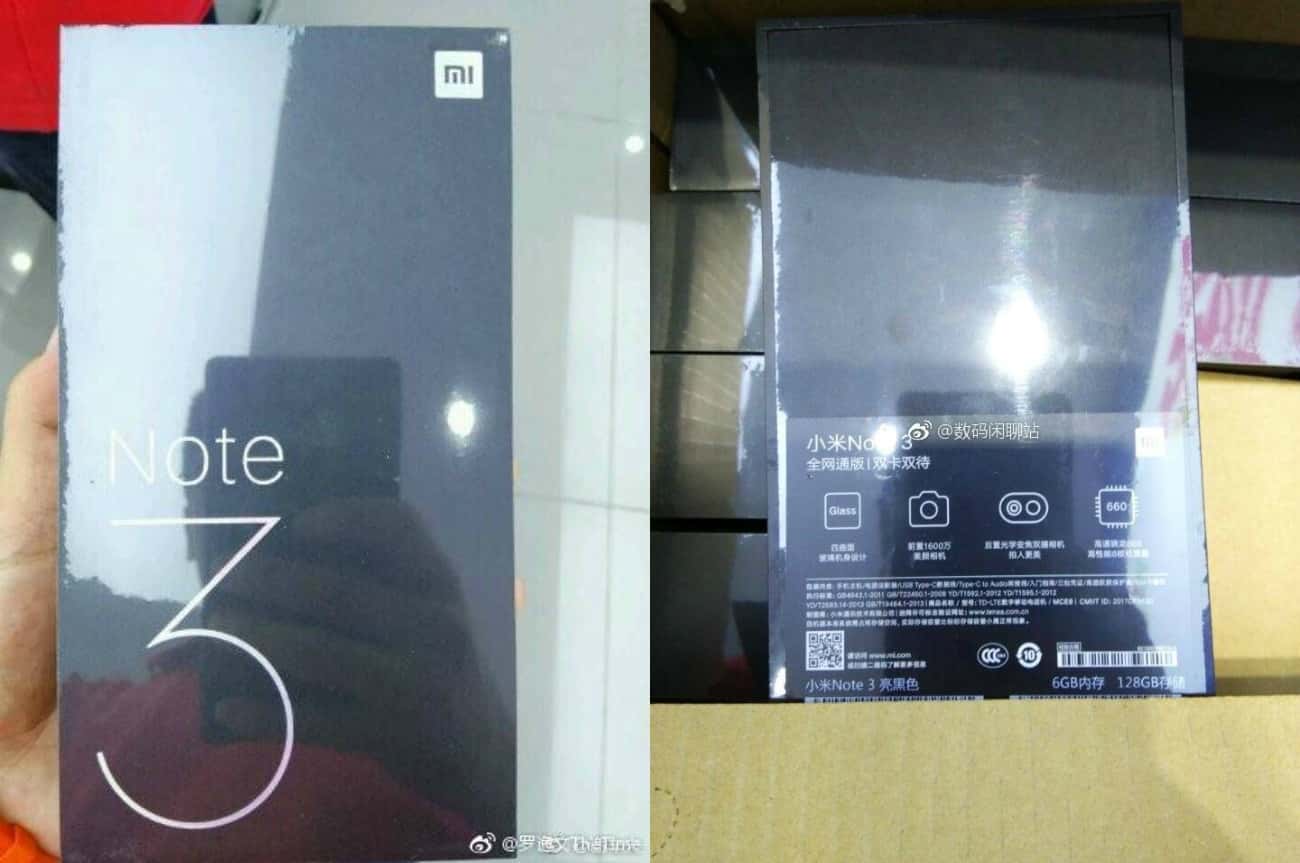 A new image leak of the Xiaomi Mi Note 3 retail box shows that the phone will be running on the Snapdragon 660 CPU, alongside a dual rear camera setup albeit without the details on the megapixel count for the sensors. It is mentioned though that the front-facing camera will be a 16-megapixel sensor and that the phone will come with 6GB of RAM and 128GB of internal storage space, making this a pretty big improvement over the Xiaomi Mi Note 2 when it comes to the specifications and hardware.

The retail packaging for the Mi Note 3 surfaced back on August 31st but at the time it was just the front of the box, so there were no confirmed details about any of the specifications. The front of the box is the same as in the image leaked today though, so it’s clear that this is the retail packaging for the Mi Note 3, unfortunately it’s just the box and not the phone. Xiaomi is expected to show off the Mi Note 3 during an official announcement of the phone on September 11th, which is Monday, and alongside the official announcement of the Mi MIX 2, which follows up the original Mi MIX that Xiaomi introduced last year with its almost entirely bezel-free display.

While retail boxes never give out a full spec list for devices, other than the information listed above there were a couple of other pieces of information about the hardware of the upcoming phone. The backside of the retail box reportedly mentions that the device will be using USB Type-C and it’s said to come with a USB Type-C adapter in the box, which means the Mi Note 3 isn’t coming with a 3.5mm audio port, a trend with phone OEMs that seems to be more and more common as the year continues. The Mi Note 3 is also coming with a glass body, which is detailed on the back of the box as well, and that means the phone is likely to be a very stylish device, though that will probably depend on how much consumers like the look of glass back phones on a personal level. Although the phone is set to be announced in the next couple of days, there is still no information in pricing or a release date.