Fresh details regarding the upcoming Huawei Mate 10 Lite as well as the new images shown above and below have now surfaced online. As a result of the image above which seems to be an official render of the device, some of the clear design aspects can be seen and most notably the inclusion of four cameras, with two cameras on the back of the device, as well as two on the front.

As for the rest of the details coming through in this latest report from VentureBeat, the Huawei Mate 10 Lite is a device that will come sporting a 5.9-inch display which also utilizes an 18:9 aspect ratio along with a 2160 x 1080 (FHD) resolution. The end result being a smartphone that will follow in the footsteps of a number of other 2017 releases by adopting a taller and slimmer display, and one which branches out to cover much more of the front panel. As for what is likely to be one of the key selling points, the cameras, the Mate 10 Lite is now said to come equipped with two 16-megapixel cameras on the back, along with a pair of 13-megapixel cameras on the front. With the front-facing cameras said to come with a number of software tweaks to further improve the self-taking experience. Other stated specs include 4GB RAM, 64GB internal storage, a Kirin 659 octa-core SoC, a 3,340 mAh battery, and Android 8.0 (Oreo) by way of EMUI 5.1.

These latest details aside, it is largely understood that the Huawei Mate 10 Lite will make its debut at a Huawei event planned for October 16. It is also worth noting that it has been routinely suggested that this will not be the only Mate 10 device announced at the event, with no less than three versions expected to make an appearance. In addition to the Mate 10 Lite, the other two models expected to be on show are the standard Huawei Mate 10, and the Huawei Mate 10 Pro. Of the three, the Mate 10 Lite is considered to be the lesser model, although lesser is a relative term here, as most of the specs are in line with what many might expect from a flagship smartphone. In either case, lesser does also likely mean most affordable, and according to this latest report, the Mate 10 Lite will be available to buy in November for €379 in Europe (which roughly equates to $450 in the US), and in either black, blue, and gold color options. 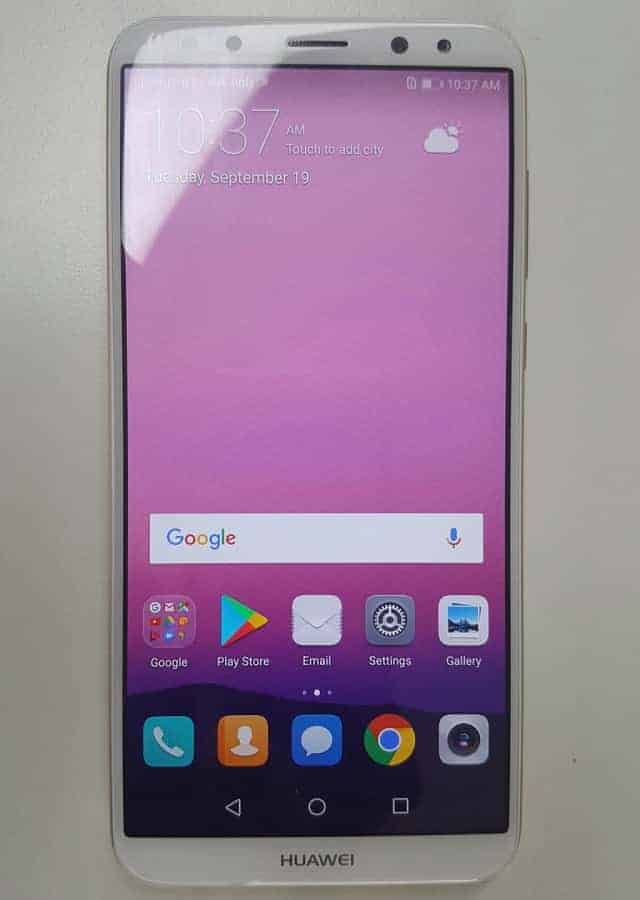