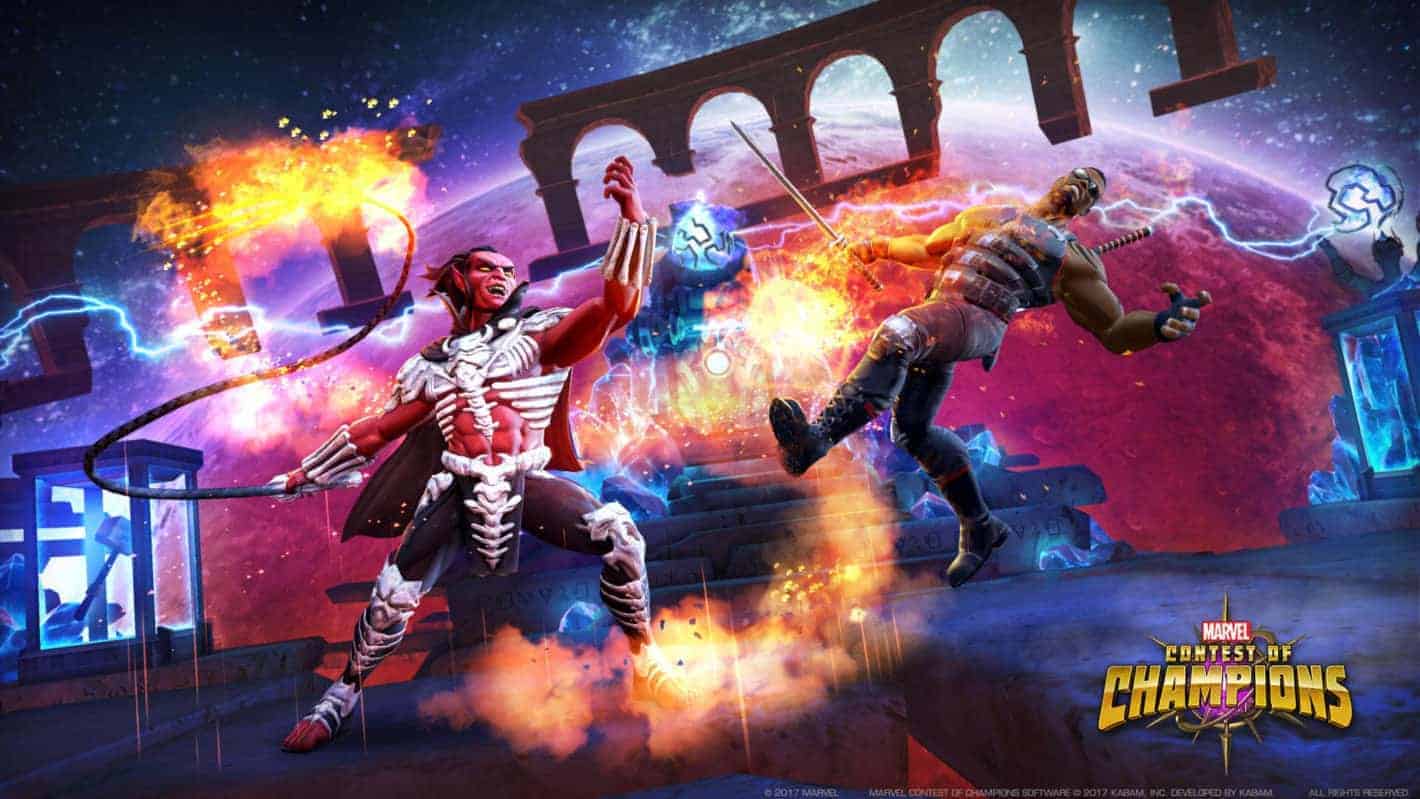 Mephisto is joining Marvel: Contest of Champions as part of a new update to the game, letting players also update their lineup of characters with which to wreak havoc on their opponents. Mephisto is Marvel's Lord of Evil and if you're already familiar with his character in the comics, then you'll be pleased to know that a handful of his abilities and special powers have made the transition into this game to be used as devastating attacks during battles. The content update should already be live for those who play the game or for new players who may just be getting started with it for the first time.

If you're an existing player of Marvel: Contest of Champions, Marvel's free-to-play fighting game developed by Kabam which is similar to the more recently released Injustice 2, then you already know that each character has a specific class that he or she fits into. Mephisto is in the mystic class and as such his attacks and special moves reflect that class. Mephisto has three special moves that players can execute, the first one being Soul Imprisonment, which lets Mephisto summon a bone wave and as the name of the ability suggests, the bone wave will imprison people's souls. All of this kicks off by Mephisto spitting out lava, which should make for some pretty cool visual effects.

The second special move is called Aura of Incineration. Executing this players will be able to use Mephisto's fire whip to lash opponents multiple times, which results in Mephisto gaining the special incineration aura around himself for protection. If you're a defensive player, then this will definitely come in handy when your enemies are coming at you with everything they have. The last special ability is called Alternate Reality. With this special ability players can cause Mephisto to shrink his opponents small enough so that he can swallow them. It's at this point that Mephisto begins to drain their power and eventually spit them out once he's finished. Mephisto also has a signature ability called Burning Aura, which is simply another way to summon the Aura of Incineration around himself. The difference between this and the special ability where he whips his opponents is that Burning Aura activates when he gets hit enough times as opposed to hitting his enemies. Each character in the game has synergy bonuses, and for Mephisto, he's best played when teamed up with Doctor Strange, Ghost Rider, or Dormammu. You can view Mephisto's details in one of the images in the gallery below for more information, and if you're curious to see his moves in action before playing, the video below shows them being carried out. If you've never played Marvel: Contest of Champions before you can grab the game from the button below.