When it comes to smartphone audio, things are changing. Nowadays, and thanks to the influx of Bluetooth and Wi-Fi-enabled speakers, connecting a smartphone to an external audio source has never been easier. No wires needed and thanks to the wealth of streaming and playback options now available, audio source devices (beyond your smartphone) are no longer needed either. However, that does not mean that all Bluetooth and Wi-Fi speakers are born equal. In fact, nothing could be further from the truth. There are plenty of good speaker options now available, and even ones which make use of two and three-way systems. Then, there is the other side of the equation, the really good stuff.

If bass is where you are at, then the the 16-Ultra Series from SVS is likely to be what you should be aiming for. These are just about as good as it gets, and in particular this series is designed for those looking for a dedicated bass to complement the rest of their system. Of course, with this being 2017, the 16-Ultra Series is also as modern as it gets. As in spite of drawing on the physics principles of old, these are subs which are not only Bluetooth-enabled but can also be connected to a smartphone thanks to a dedicated Android app. 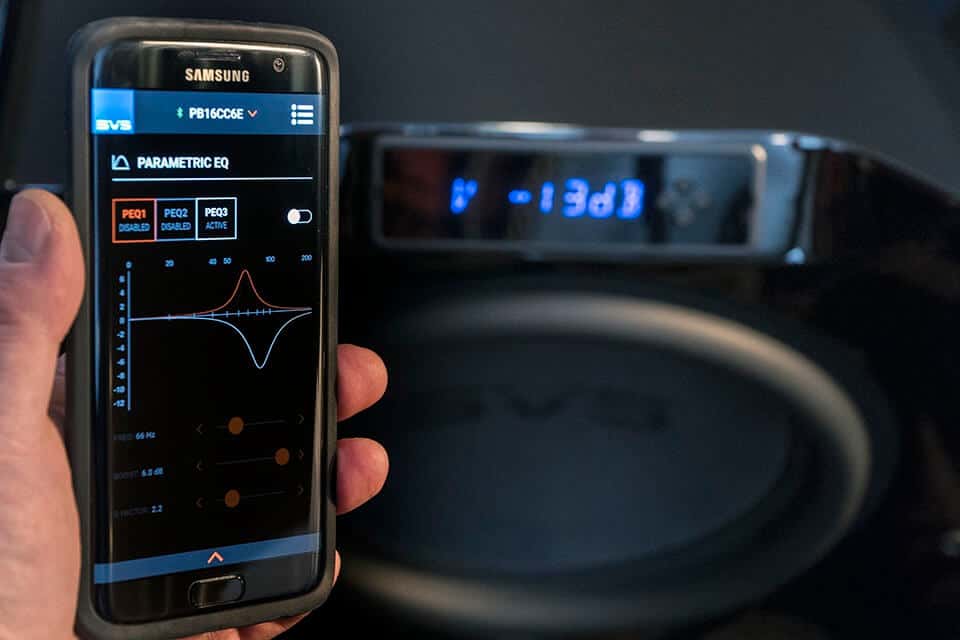 When it comes to bass, there are traditionally two things that matter, size and power. Aspects which are not mutually exclusive when it comes to low-end frequencies and aspects which are both in force with the the 16-Ultra Series. Making up the basis of this series is the SB16-Ultra and the PB16-Ultra, with the main difference between the two being the latter is a ported box – basically, the PB16-Ultra comes loaded with three 3.5-inch front-firing high-flow ports. However, coming back to the main points – size and power – both of these units are packing real substance. In terms of the size, the driver you will find in each of these boxes measures in at 16-inches – along with a massive 8-inch wound voice coil. A size which is easily able to achieve significant depths in bass response and a size which likely dwarfs any of the common Bluetooth-enabled speaker drivers you will see on the market. In terms of the power, each of these boxes output 1,500 watts. It is worth noting, this is their RMS (continuous) rating. A lot of companies like to promote their max (‘total’ or ‘peak’) output instead, as that number is higher. Although in reality RMS is what actually matters in real-terms. For those wondering what the max output is though, for both models, it is 5,000 watts. So we are talking about seriously powerful subwoofers here.

Of course a speaker is only as good as its frequency range and on that note the SB16-Ultra is listed with a response of 16-460 Hz ±3dB. As to be expected (due to its ported nature) the PB16-Ultra drops a little lower with a listed 15-280 Hz +/- 3 dB frequency response. Although that is only when used in its standard mode, as it can further drop down to as low as 13-280 Hz +/- 3 dB when used in extended mode, or as wide as 14-360 Hz +/- 3 dB when used in sealed mode. Completing the design aspects that you need to know about, is the inclusion of ‘double thick MDF’ to contain the massive force on offer (as well as limit the chances of box resonance), as well as a Sledge STA-1500D amplifier to power the driver in the first place.

As mentioned, these are fully smartphone-compatible boxes and in addition to their ability to connect over Bluetooth, smartphones can directly connect to these boxes via the Google Play Store-available ‘SVS’ app. The benefits of which is that in addition to general room and system setup and configuration, users can gain granular control over these speakers. Including the ability to fine tune the bass, adjust the polarity, the room gain, phase alignment, as well as correct for room anomalies. Or of course, simply as a means to set and store your favorite presets for easy recall at a later time. It is also worth noting that the 16-Ultra Series subwoofers also come loaded with their own Audio DSP with 56-Bit filtering. So when coupled with the degree of control on offer through the app, these subwoofers are not only powerful bass solutions, but also highly customizable ones. Of course, with great power comes a price and the 16-Ultra Series is no exception. The difference is however, while these are expensive purchases, they are not expensive for what you are getting and for those serious about the quality and depth of their sound, these look as though they are worth every penny. For reference, the SVS SB16-Ultra comes with a $1,999.99 price tag, while the ported PB16-Ultra model comes with a $2,499.99 cost attached. For more information on either model, head over to the official SVS site.