Many probably thought that the trackball mouse was dead, but Logitech had other plans. The company has just unveiled its first trackball mouse in over 10 years. It’s the MX ERGO and as you can tell by the name, it’s meant to be a more ergonomic mouse, compared to the other mice on the market right now. So that those that sit at a computer all day long don’t end up with craps from their current mouse.

According to Logitech, the MX ERGO actually reduces wrist strain by about 20%, when compared to other mice on the market. It has an adjustable hinge which can move between 0 and 20 degrees. This is able to adjust and improve your posture. Logitech also carefully sculpted the MX ERGO so that you can rest your palm and fingers much easier. This new mouse also does offer up the latest tracking technology from Logitech, which includes faster and more precise navigation. There is also an LED light that will illuminate when in precision mode, which gives you the ideal control when using the trackball. Logitech Flow and Easy-Switch features are also included here. Allowing you to use it with up to three different machines – even at the same time. Features that first debuted on the MX Anywhere 2S and MX Master 2S that were announced over the summer.

Logitech touts that the battery life on the MX ERGO mouse will last around 4 months, and it is also a rechargeable battery, so you won’t need to worry about keeping batteries around to swap out of your mouse. As far as pricing and availability goes, the Logitech MX ERGO is going to cost $99.99, and be available in North America beginning in September. There’s no word on when it’ll land in the rest of the world, but Best Buy will be getting a special edition of this mouse called the MX ERGO Plus which will still be the same price of $99. So the trackball is back and it might be here to stay. The Logitech MX ERGO joins the MX family with the MX Anywhere 2S and MX Master 2S that were already announced earlier this year, rounding out Logitech’s high-end lineup of mice. 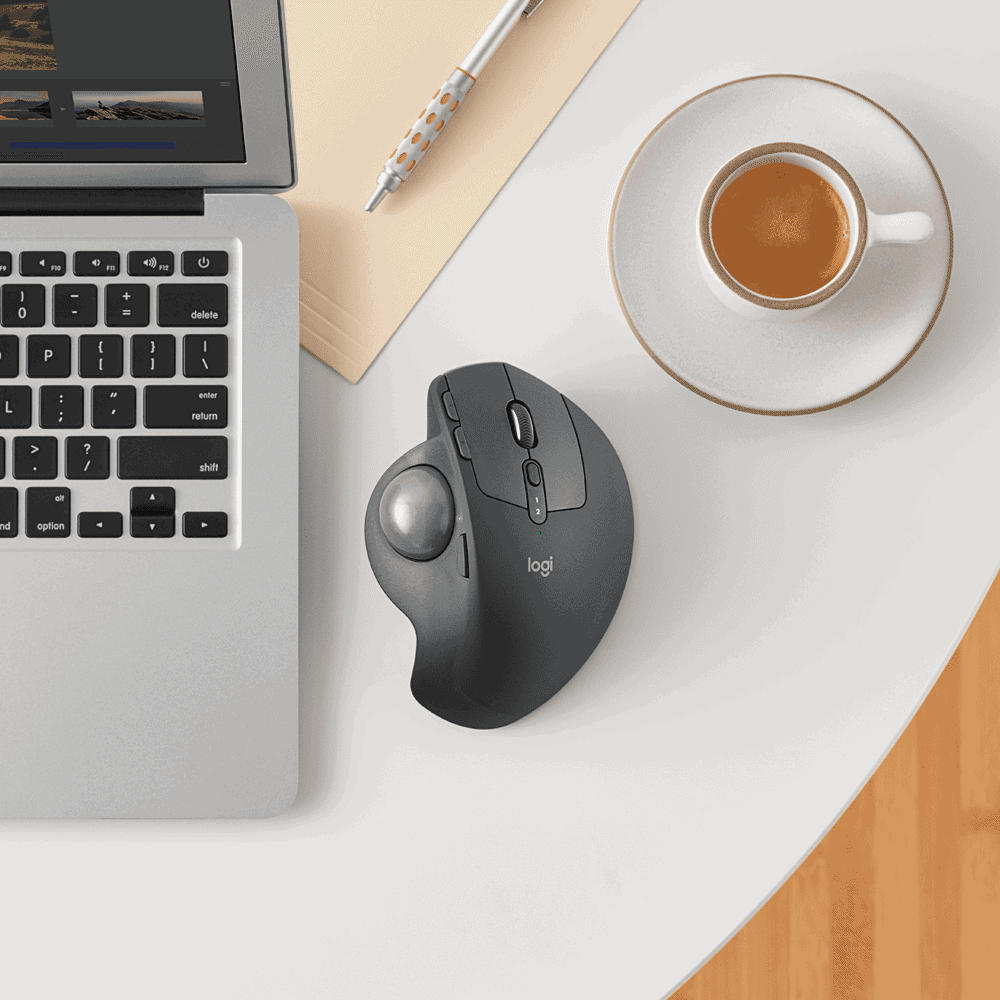