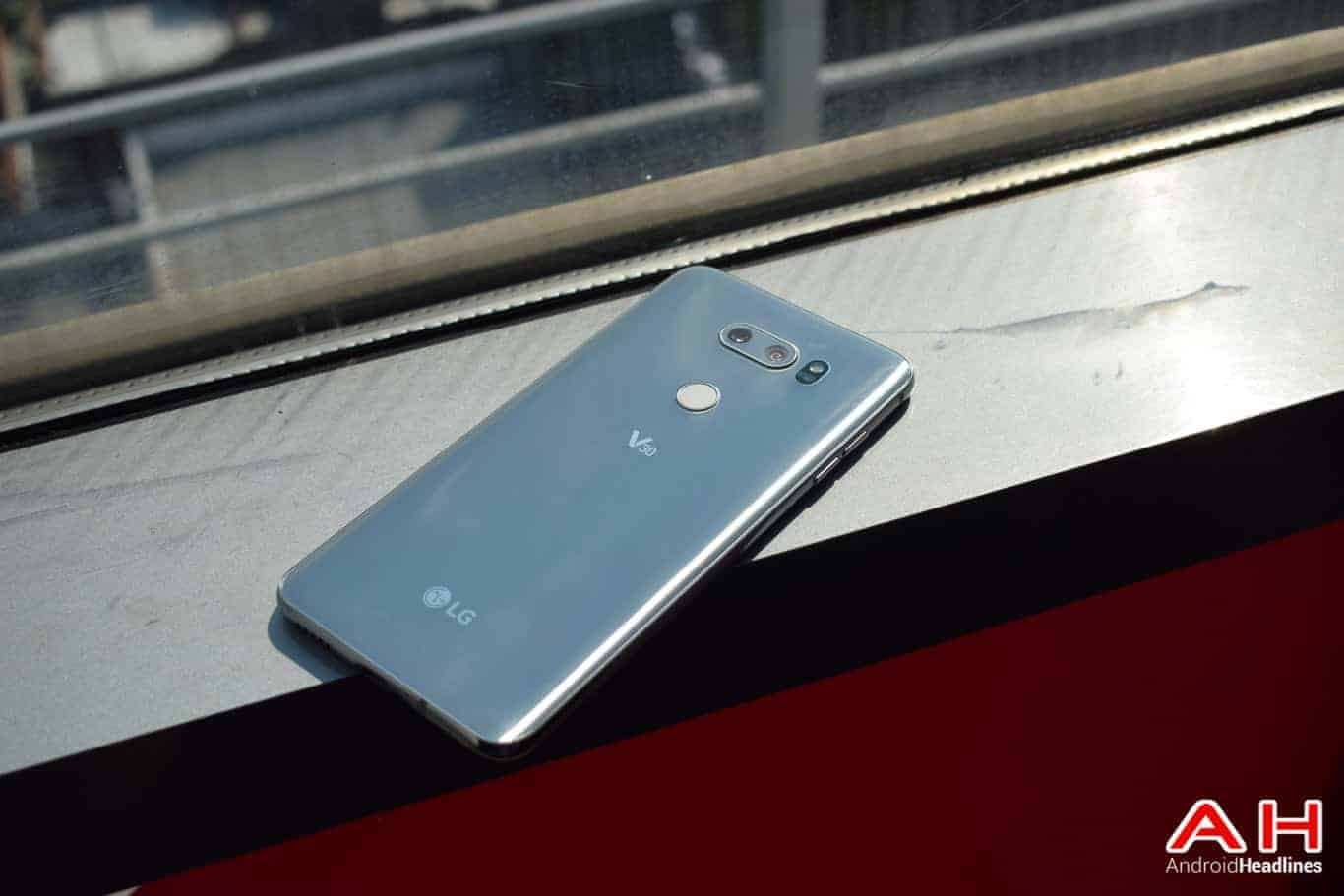 The LG V30 Plus is hitting Sprint's stores on October 13th, the fourth largest wireless carrier in the United States announced on Friday, adding that the device will also be part of a BOGO deal of sorts when tied with the Sprint Flex leasing plan. The Overland Park, Kansas-based mobile service provider is quick to point out that it's the only telecom giant in the country that's offering the high-end variant of LG's latest Android flagship, whereas Verizon, AT&T, and T-Mobile are all set to sell the regular V30 at launch. The wording of Sprint's announcement suggests that this state of affairs may change in the future and that the LG V30 Plus (stylized as the LG V30+) could eventually make its way to other carriers in the U.S. but for the time being, consumers looking to purchase the most capable LG V30 model on a plan have no other choice.

Apart from Sprint's own online store which can be accessed by following the banner below, the LG V30 Plus will also be sold at all of the wireless carrier's brick-and-mortar locations from mid-October, as well as via phone, the company confirmed, adding that its sales division can be contacted by calling 1-800-SPRINT1. Existing Sprint customers who choose to upgrade to the LG V30 Plus can save $30 by doing so online, with both new and present users of the firm's network being able to lease one device for free by leasing another one on the Sprint Flex plan. In total, this will amount to a monthly bill of $38 for both devices not including tax. As always, after you pay your first bill, Sprint will start adding free credit to your account within two invoices. Like other attractive offers from U.S. carriers, this one is open exclusively to customers with well-qualified credit and requires at least one new line coupled with an upgrade, or two new lines. The 18-month lease will eventually end with you being able to purchase the devices or upgrading to a couple of new ones, as is always the case with smartphones obtained on the Sprint Flex plan.

Sprint confirmed that a free Daydream View headset with a VR content bundle is part of the package for people who purchase the LG V30 on its network for a limited time, adding that those looking to take advantage of the promotion must activate their device by the end of the year and redeem the offer by January 15th, 2018. While the company didn't clarify on the matter, one previous leak suggested that the Daydream View unit in question is a second-generation device that has yet to be announced by the Alphabet-owned tech giant, with its launch being expected to happen on October 4th. Apart from offering double the storage space of the regular LG V30 which comes with 64GB of internal flash memory, the LG V30+ is also the only member of the new Android flagship family which ships with the LG QuadPlay earbuds.

Advertisement
LG V30+ On Sprint
Advertisement
Trusted By Millions
Independent, Expert Android News You Can Trust, Since 2010
Publishing More Android Than Anyone Else
31
Today
175
This Week
282
This Month
4266
This Year
105743
All Time
Advertisement