Google’s new Daydream View headset was possibly sighted as part of a leaked LG V30 promo shared by industry insider Evan Blass earlier today. The image that can be seen below suggests that the South Korean phone maker will be looking to entice people to purchase its latest Android flagship by attaching a free headset to it for a limited period, though it’s currently unclear whether this is supposed to be a pre-order deal or one that will simply run while supplies last or until a certain date. With the headset being previously rumored to cost $99, it seems that Google’s “VR Content Package” mentioned by the promo is meant to have a value of $45.95 and include at least a dozen or so games and other virtual reality experiences.

LG’s new high-end offering was already confirmed as having Daydream support out of the box, though the smartphone itself still doesn’t have a firm release date attached to it. The Seoul-based tech giant officially announced the device at the latest iteration of IFA and went on to commercialize it in its home country but no other markets have yet received either model of the handset. All four largest mobile service providers in the United States previously confirmed they’ll be carrying the flagship but are yet to share its availability details. Apart from getting a new VR headset from Google free of charge, consumers in the U.S. will also be eligible to extend their warranty to two years by registering their handset on LG.com within three months of making the purchase, AT&T revealed over the weekend.

The headset depicted in the newly leaked promo seems to be essentially identical to the one Google released last year, whereas previous reports suggested that while the company will be sticking with its overall design, the second-generation Daydream View series is to feature a different type of fabric, which doesn’t seem to be the case here. The headset seen below may also be the Slate variant of the last-generation Daydream View meant as a placeholder image until Google officially announces the device, which is likely to happen on October 4th when the tech giant is also set to unveil the Pixel 2 series and a number of other offerings. The address of the promotional website (www.lgv30promo.com) mentioned by the promo still isn’t live and will presumably be launched once LG discloses the U.S. availability details of its new Android flagship. 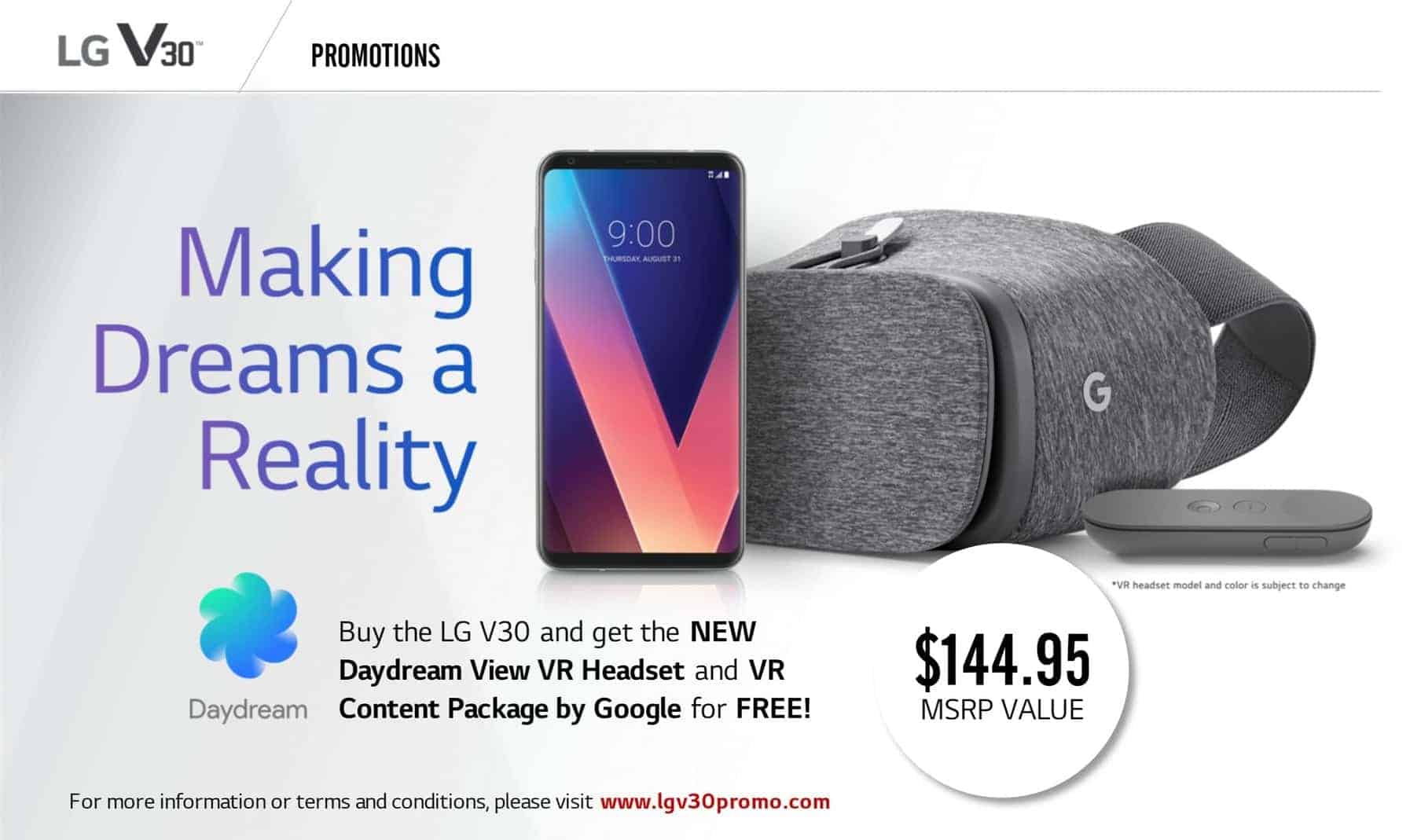