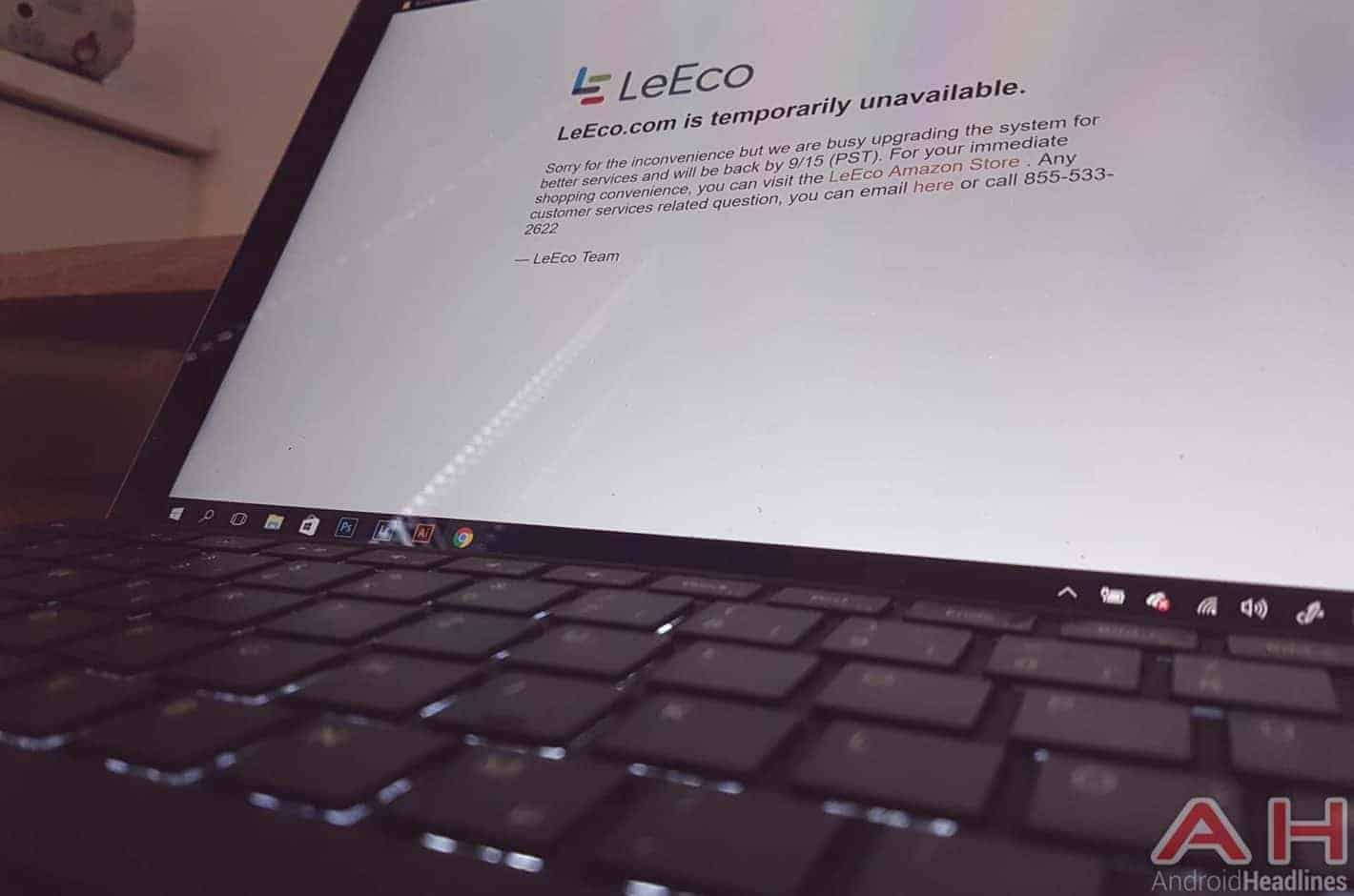 The United States division of LeEco suddenly took down its official website, stating that the move was made for maintenance purposes in an effort to "better" some of the company's services. Users who now visit LeEco.com are greeted with a message saying that the website is unavailable, adding that it should be live by next Friday, September 15. In the meantime, consumers are asked to visit LeEco's official Amazon Store in case they're looking to purchase new products, while all other customer-related inquiries are to be directed to the Beijing, China-based company via email or a telephone call, the firm said.

LeEco's explanation for its site being down aside, taking down an entire website for a week-long maintenance is a highly unconventional move for a tech company to make and comes after a series of reports that the original equipment manufacturer is currently experiencing severe financial issues which brought many of its operations to a halt. After announcing ambitious U.S. expansion plans which included a $2 billion acquisition of VIZIO last year, the company defaulted on a number of its loans and other financial obligations, attracting several lawsuits in the process of doing so. LeEco in May announced a 70 percent reduction of its U.S. workforce, in addition to starting exploring a number of options for liquidating some of its stateside assets, many of which were acquired only recently. The company's Silicon Valley offices now reportedly sit empty as its top management in China is trying to find a way to revitalize its operations and bounce back from its recent issues.

According to numerous industry watchers, LeEco's current predicament was caused by its general business strategy which saw it expand to numerous markets and countries in an extremely aggressive manner. Such a rapid expansion also warranted significant loans which the tech giant ended up being unable to pay on time after many of its moonshot projects and riskier ventures like self-driving vehicles failed to become profitable in a timely manner. The company's entertainment division recently managed to win some additional backing to keep itself afloat, though not many parties are interested in financing its other, less profitable units. Whether LeEco's decision to temporarily pull down its U.S. site is directly related to that ordeal remains to be seen, though the firm's latest move cannot be described as a standard industry practice.