Jaybird is the latest to join the “truly wireless earbuds” camp with the Jaybird RUN, competing with the likes of the Samsung Gear IconX, Jabra Sport Elite and many others. The company is very excited about this new product, and put a lot of work into testing these out before officially announcing them. These truly wireless earbuds were used by many professional runners, as the company wanted to make sure that these earbuds would not fall out of people’s ears when they are running – as that’s a good way to lose these. So how well do they stay in your ears? Well we’ve been using these for the better part of a month now and have come up with a verdict.

The Jaybird RUN earbuds are pretty simple to get set up. Take the earbuds out of its case and put them in your ears, then go to the Bluetooth settings on your device and pair them. Now that only works if you have just taken these out of the box. If you have paired them to a phone or another device before and maybe upgraded your phone or did a factory reset and need to pair them again, just press the button on the right earbud until it turns on then keep pressing it until it goes into pairing mode. From there a voice will tell you to go into Bluetooth settings and select Jaybird RUN. This voice will repeat this every few seconds until you have it paired to your device. It’s still quite easy to do, and it is done basically the same way as every other pair of Bluetooth earbuds out there – both truly wireless and just regular wireless earbuds. 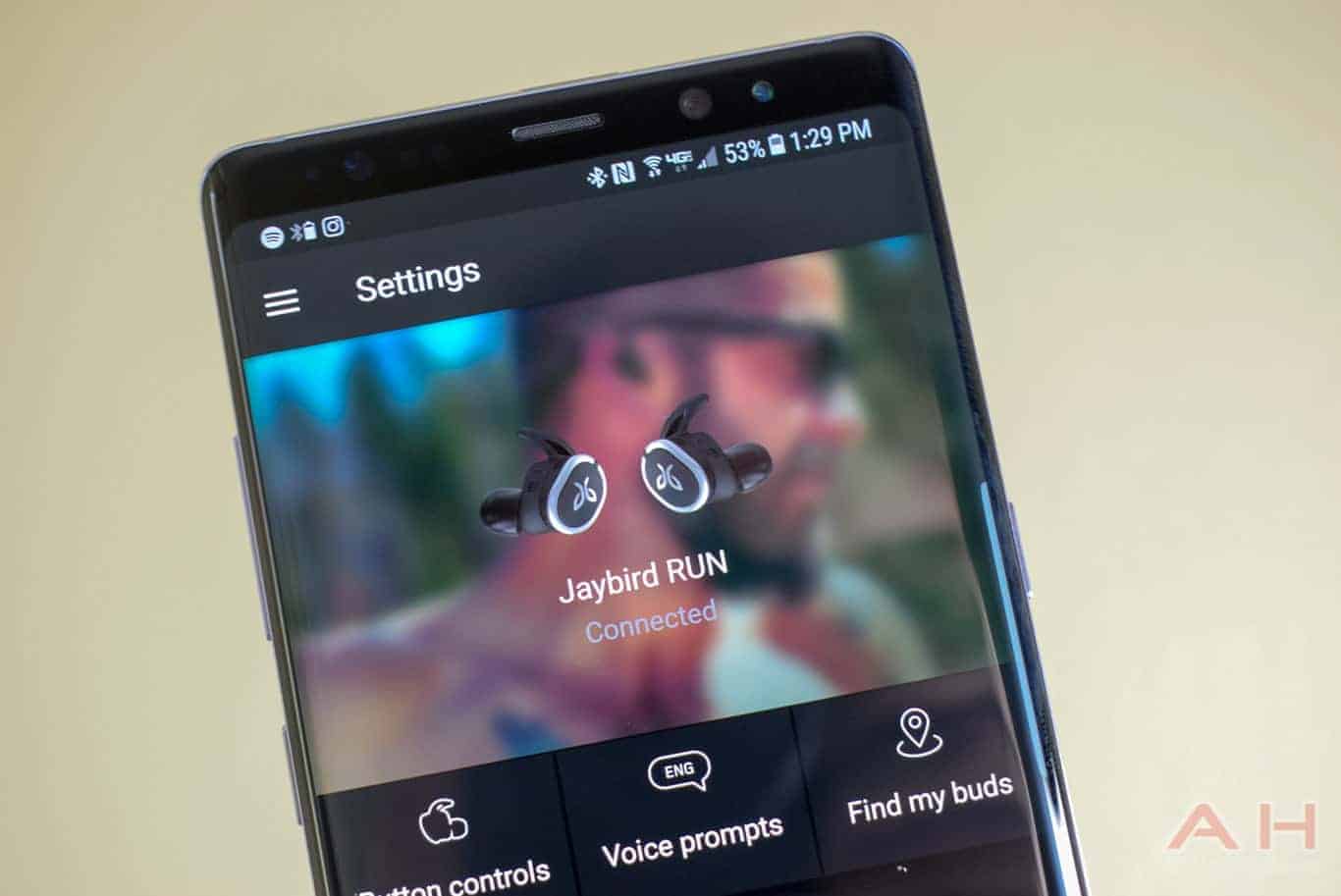 Jaybird’s redesigned companion app (it’s only redesigned based on features, it’ll look the same to those that have already been using the app) also gives you options for setting different EQ’s and even creating your own. You can also backup your EQ to your Jaybird account so that when you switch devices, you can sync up your settings quickly and enjoy the same music on a new device. This is done by signing in and/or creating a new Jaybird app. You can sign in via email, Facebook, Google or Spotify.  The app does also have a new section that has a number of playlists curated by Jaybird’s staff, that are available on Spotify. A very nifty feature for those that use Spotify, however those that don’t use it, this feature is a bit useless for them. Since it doesn’t translate to other music apps like Google Play Music, or Apple Music. The app does also show you the battery level of both earbuds in your notification tray (interestingly enough, both earbuds are never synced on battery level, other than at 100%). Jaybird does also give users the ability to change what happens when you press buttons on either of the earbuds.

Jaybird has also added an interesting, but definitely useful feature to its app with the Jaybird RUN. And it’s Find My Buds. For instance, if you lose one of the earbuds, you can open up the app and go to settings to find the earbud. Of course, this is only going to work if the earbud has some juice and is powered on. But it’ll show you exactly where you left or lost one or both of your Jaybird RUN earbuds, which is a nice feature to have and should help people feel more comfortable about having truly wireless earbuds. 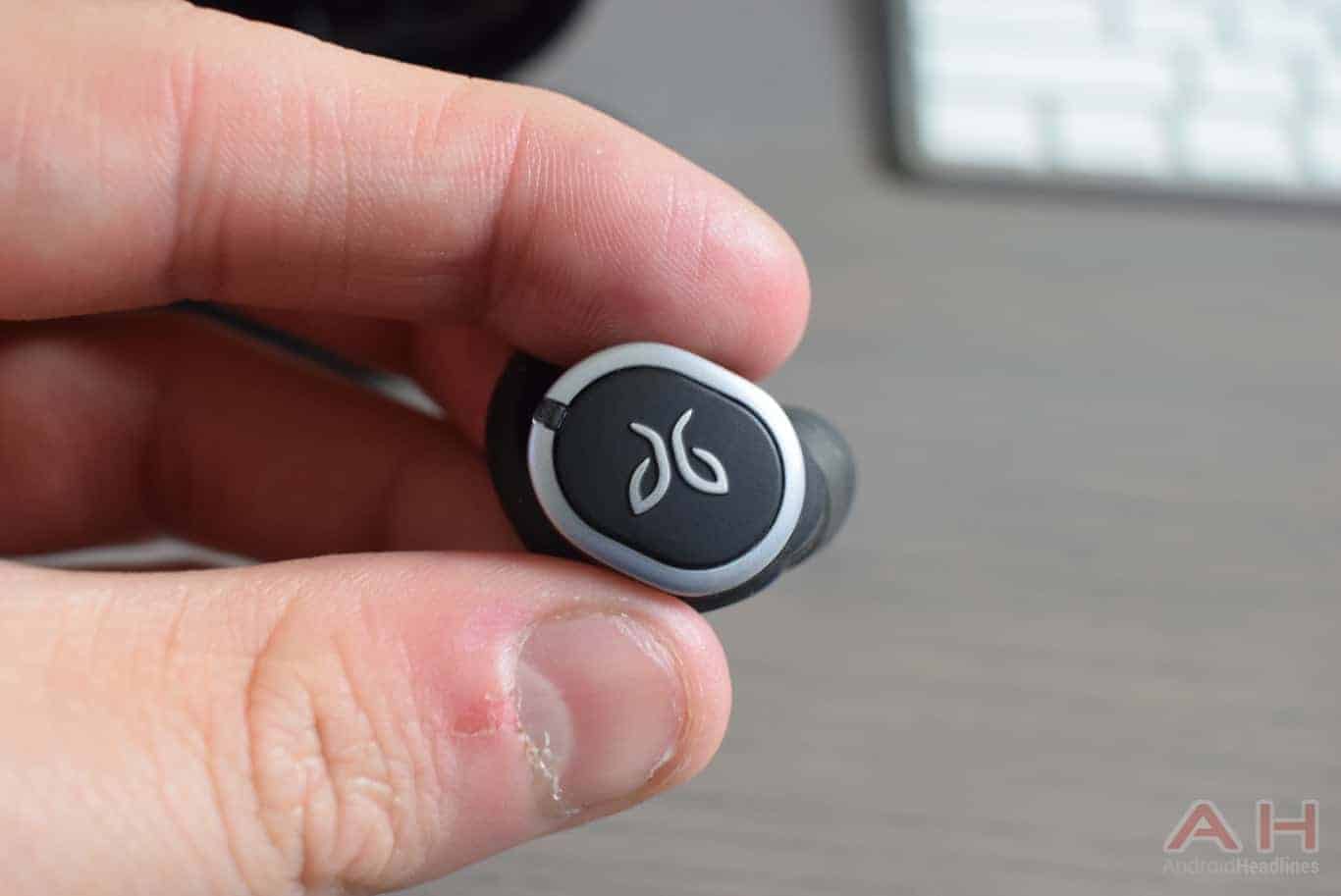 Audio quality from the Jaybird RUN earbuds are a bit surprising. Now this is the first pair of truly wireless earbuds that I’ve used, so perhaps my expectations were lower than they should be. But the audio quality from the Jaybird RUN is pretty impressive. There is a ton of bass found in these earbuds, which is thanks to the 4mm driver in each earbud. The mids and highs are also pretty clear. Now you can adjust the amount of bass you get by changing the EQ in the Jaybird app. Between the Jaybird RUN and the Jaybird X3’s, I didn’t notice much of a difference in audio quality, which is actually rather impressive when you think about it. There isn’t much sound bleed from these either, which isn’t surprising, given how small these earbuds are, but still an interesting tidbit. Something else that’s notable when it comes to sound quality on the Jaybird RUN is the fact that Bluetooth isn’t perfect. There are times where the sound will cut out of one of the earbuds for a quick second (if even that long). It mostly only happens when the phone is in a pocket and walking around with the Jaybird RUN in my ears, so it appears to be something with the Bluetooth signal, and it doesn’t happen with every phone. So it’s a bit hit or miss here, but still important to note.

Most other truly wireless earbuds are a bit large, and don’t fit in ears as well. Like Apple’s Airpods, that just look so awkward in someone’s ears. Jaybird is quite proud of how small these are, and how great the fit is in the ear. Of course, these do stick out of your ears a little bit, they don’t stick out so much that it looks awkward, or feels like they may fall out of your ear. That’s pretty important, especially since Jaybird is targeting runners with these earbuds – hence the name “Jaybird RUN”. Jaybird does include a few other ear tips, if the ones on the Jaybird RUN don’t fit your ears perfectly – let’s face it, everyone’s ears are different sizes. So you are able to easily swap out these tips and get the ones that fit your ears the best. That’s common for Jaybird, as it has done this with its other headphones like the Jaybird X3, Freedom F5 and the newly announced Freedom 2 headphones. 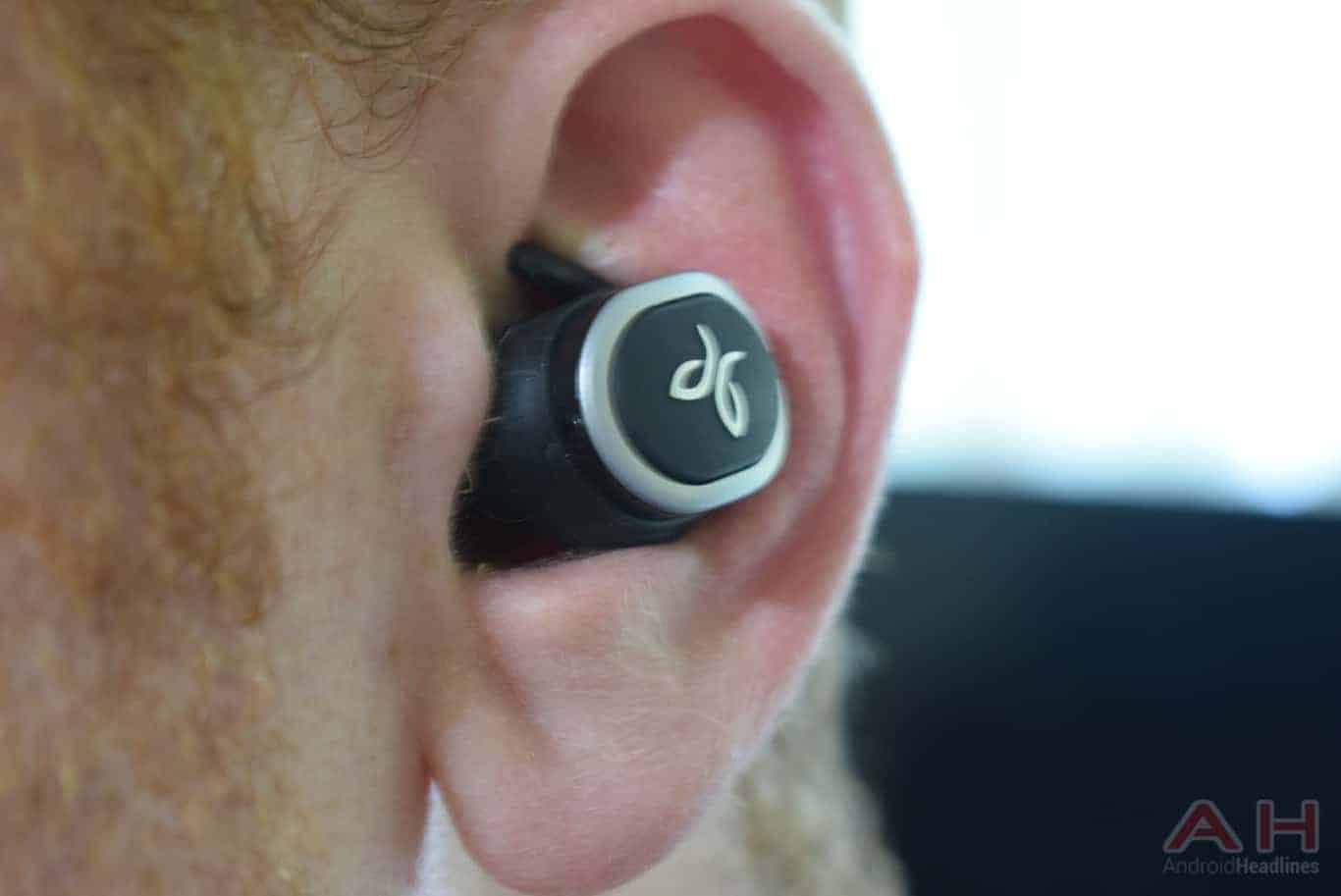 Besides sound, another important aspect of a good pair of earbuds is their battery life. Now Jaybird is touting 12 hours on the RUN, which is technically correct, but a tad misleading. So the actual earbuds only have about 4 hours of playback available. However the charging case can charge them at least twice from 0 to 100%. Which gives you 12 hours total. Now typically, I’d disagree in saying that this is an accurate number for battery life. But with the Jaybird RUN, when you aren’t using them, where are you going to put them? In the charging case, of course. And that’s exactly what I’ve done for the past few weeks, so every time I went to use them, they were at 100%. And better yet, I never saw the battery percentage go below 70%. So it’s good to know that these do last quite a while, even longer than the initial 4 hours that Jaybird quotes. Now this case charges via micro USB instead of USB-C, which is a bit unfortunate. With most smartphones moving over to using USB-C for charging, it would be nice to see other technology moving over to USB-C like headphones, battery packs, speakers and such. But, the majority of us likely have a ton of micro USB cables laying around – not to mention there is one included with the Jaybird RUN.

The Jaybird RUN are a brand new product from Jaybird – which is a division of Logitech – and while many were expecting the company to announce the Jaybird X4 to replace the very popular Jaybird X3 headphones, the company decided to go the truly wireless route. And in the process, may have created one of the best options out there for truly wireless headphones. Since these are small enough to fit in your ears without most people noticing – unlike the Apple Airpods – and still offer great sound quality, great battery life and a great experience overall. The Jaybird RUN are currently available for pre-order on Jaybird’s website for $179. These are going to be up for wider availability in a few weeks, and they will also be available from more retailers by the end of the month.