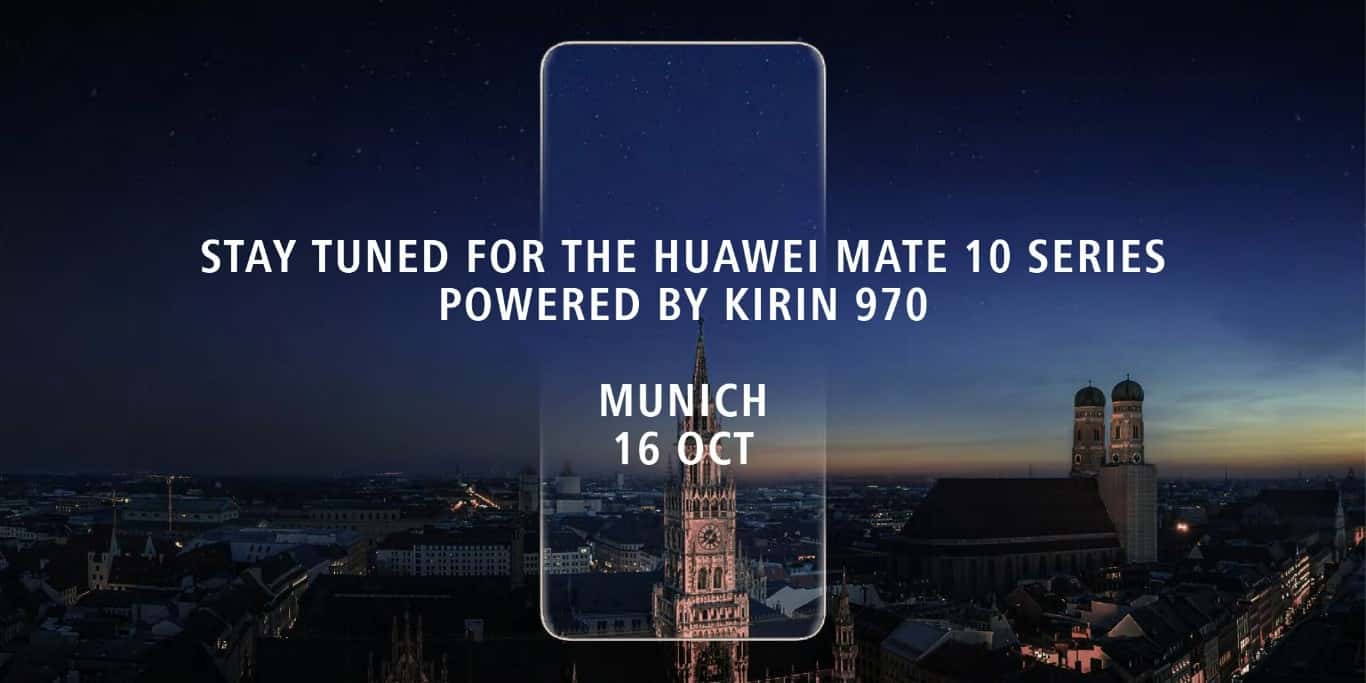 Huawei has just officially confirmed that the Huawei Mate 10 will be announced on October 16. The company already hinted that the event will happen on October 16, but now it’s official, as the company confirmed it via Twitter. The company shared an image on Twitter with the following caption: “Stay tuned for the Huawei Mate 10 series powered by Kirin 970”, and below it, Huawei lists the date of the event as October 16, while the company also confirmed that this event will occur in Munich, Germany.

Having said that, Huawei had introduced its all-new flagship SoC, the Kirin 970, at this year’s IFA in Berlin a couple of days ago. The Kirin 970 is a 10nm 64-bit octa-core processor, and it comes with a dedicated Neural Processing Unit (NPU). It’s also worth noting that this SoC comes with a 12-core GPU for graphics processing. On paper, the Kirin 970 does seem like a great processor, and it will be interesting to see how will it perform once the company unveils the Huawei Mate 10. Now, as far as the Huawei Mate 10 is concerned, Huawei more or less already confirmed that it will ship with a dual camera setup on the back, and that Leica’s lenses will, once again, be included on top of this dual camera setup. The Huawei Mate 10 will probably be made out of metal, though there’s a chance Huawei might opt for a metal + glass build, nothing has been confirmed just yet.

The Huawei Mate 10 will probably pack in 6GB of RAM on the inside, though an 8GB RAM model of the phone is also a possibility at this point. Android Nougat is expected to come pre-installed on this handset, though there’s a chance Huawei will be able to upgrade its Emotion UI skin to Android 8.0 Oreo by then, so it’s possible that Android 8.0 Oreo will come pre-installed on the Huawei Mate 10, along with the company’s Emotion UI 6.0, a version of Huawei’s skin that has not been announced just yet. This handset will also sport a rather large display (probably a 6-inch panel), and it will pack in a beefy battery as well, at least if leaks and rumors are to be believed.