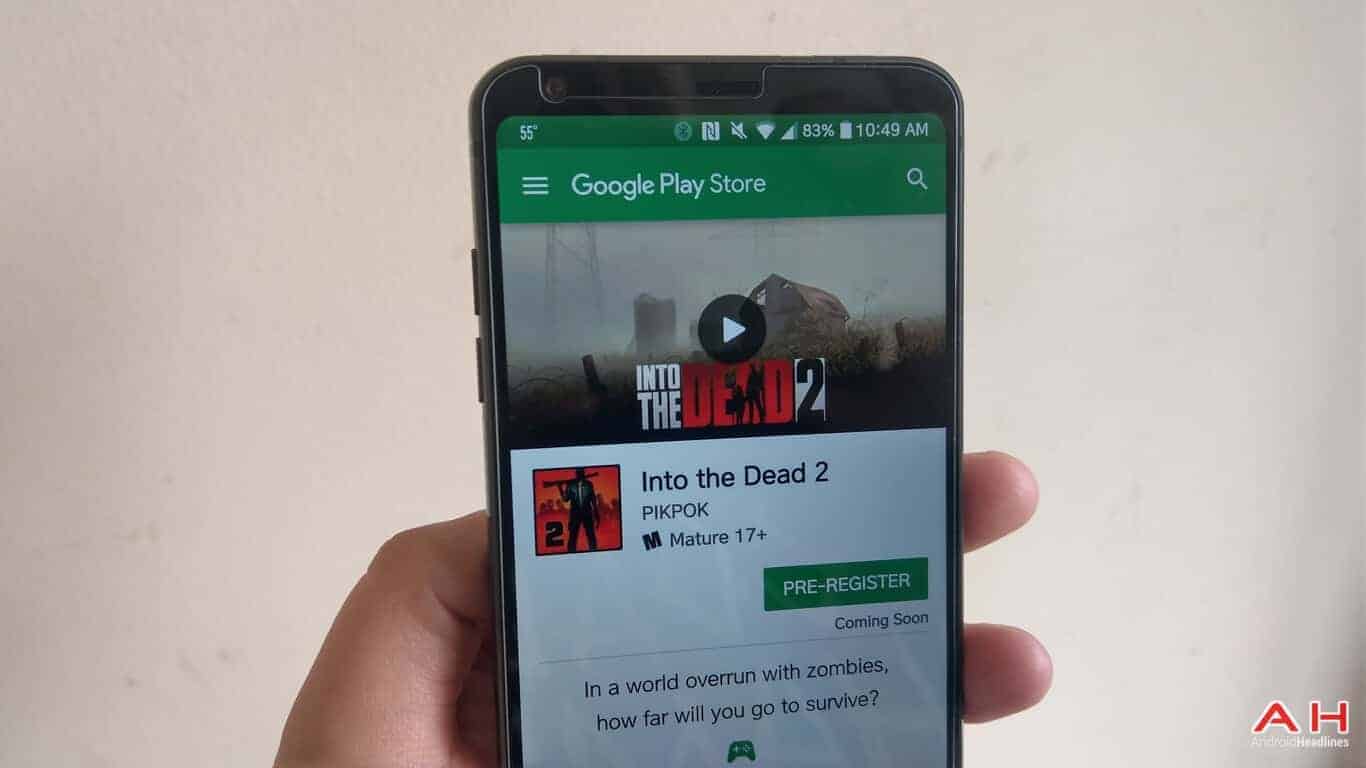 PIKPOK's popular survival runner game "Into the Dead" is officially getting a sequel and, according to the game's trailer, it's slated for release on Android on October 13. For those who still haven't played the original title – released way back in 2012 – the gameplay is probably best described as a first-person endless runner game. It falls squarely into the Play Store's "action" category, as well, since it also borrows heavily from the zombie shooter genre. That's a formula that earned the original title a rating of 4.4 stars, from more than 1.4 million reviews, and between 50 and 100 million downloads to date. The follow-up, Into the Dead 2, builds on that success by introducing new gameplay mechanics and other revisions.

Into the Dead 2 doesn't appear to be a simple upgrade to that either, although many elements also appear to remain intact from the original. It is still a survival runner game that will see players mowing down any Zombies that get in their way with a plethora of options for accomplishing that. The graphics appear to have been substantially updated and it will remain free-to-play with some specialty items available for in-app-purchase with real money. However, the developers at PIKPOK have gone far beyond a simple update to the graphics interface and instead opted to create a much more story-driven experience for players, complete with chapters. This time around, players will be "racing to save" their family through even more diversified environments than the original. New gameplay elements have been added as well, including the ability to make use of weapons while riding vehicles. Beyond that, the app's description says that the story will evolve as the game is played and that there will be multiple endings to work toward, adding to the overall replay value of the game. Aside from the story mode, Into the Dead 2 will also feature daily challenges and other event modes.

It goes without saying that Into the Dead 2 will most likely be rated for Mature audiences at 17+, due to its heavy themes and zombie slaughtering gameplay. However, the original was one of the best zombie games for mobile when it was released and there's no reason to think the quality will have diminished with the sequel. Anybody interested in checking it out when it arrives will also be happy to learn that pre-registration is available now – through the Google Play Store button below. By pre-registering, users will get a notification when the game releases, reminding them to download the game.