Huawei’s Mate 9 flagship is likely to receive Android 8.0 Oreo shortly, with a device matching its specs recently being listed in the database of mobile benchmarking tool Geekbench running the latest version of Google’s popular operating system. The handset identified as “HUAWEI MHA” was benchmarked with an octa-core piece of 64-bit silicon whose energy-efficient quad-core cluster is clocked at a maximum operating frequency of 1.84GHz and entails four Cortex A53 cores, which essentially confirms that this is the HiSilicon Kirin 960 SoC. Coupled with 4GB of RAM and the fact that “MHA” is a reference to the Mate 9’s motherboard, it seems that the Chinese original equipment manufacturer is already in advanced phases of testing Android 8.0 Oreo for its 2016 flagship.

Huawei has been developing a Mate 9-specific build of Android 8.0 Oreo since at least April when the device was spotted online running what was then only known as “Android O.” While the Shenzhen, China-based tech giant has yet to officially detail the availability of Android 8.0 Oreo for the Mate 9, the fact that the company has been developing it for around half a year now indicates that its rollout could begin in the coming weeks. The firm’s P10 series is also expected to be updated to the same version of the mobile operating system going forward, as is the P9 lineup. According to the newly sighted benchmark listing, Android 8.0 Oreo won’t introduce any major performance improvements to the Mate 9, though the OS should still optimize the smartphone’s energy efficiency and debut a wide variety of other useful features like Notification Channels and granular background app activity controls.

The Chinese consumer electronics manufacturer is currently in the process of teasing the successor to the Mate 9 which the company promised to unveil on October 16, with its current marketing campaign being partially focused on mocking Apple and claiming that the Mate 10 will be the first “true” artificial intelligence smartphone. The latter comment likely refers to the fact that the Mate 10 series will be powered by the new Kirin 970 SoC that’s equipped with a dedicated AI processing unit, with the lineup itself being expected to entail four devices – the Mate 10, Mate 10 Plus, Mate 10 Pro, and the Mate 10 Lite. All four models are believed to run Android 8.0 Oreo out of the box, coupled with Huawei’s EMUI skin. 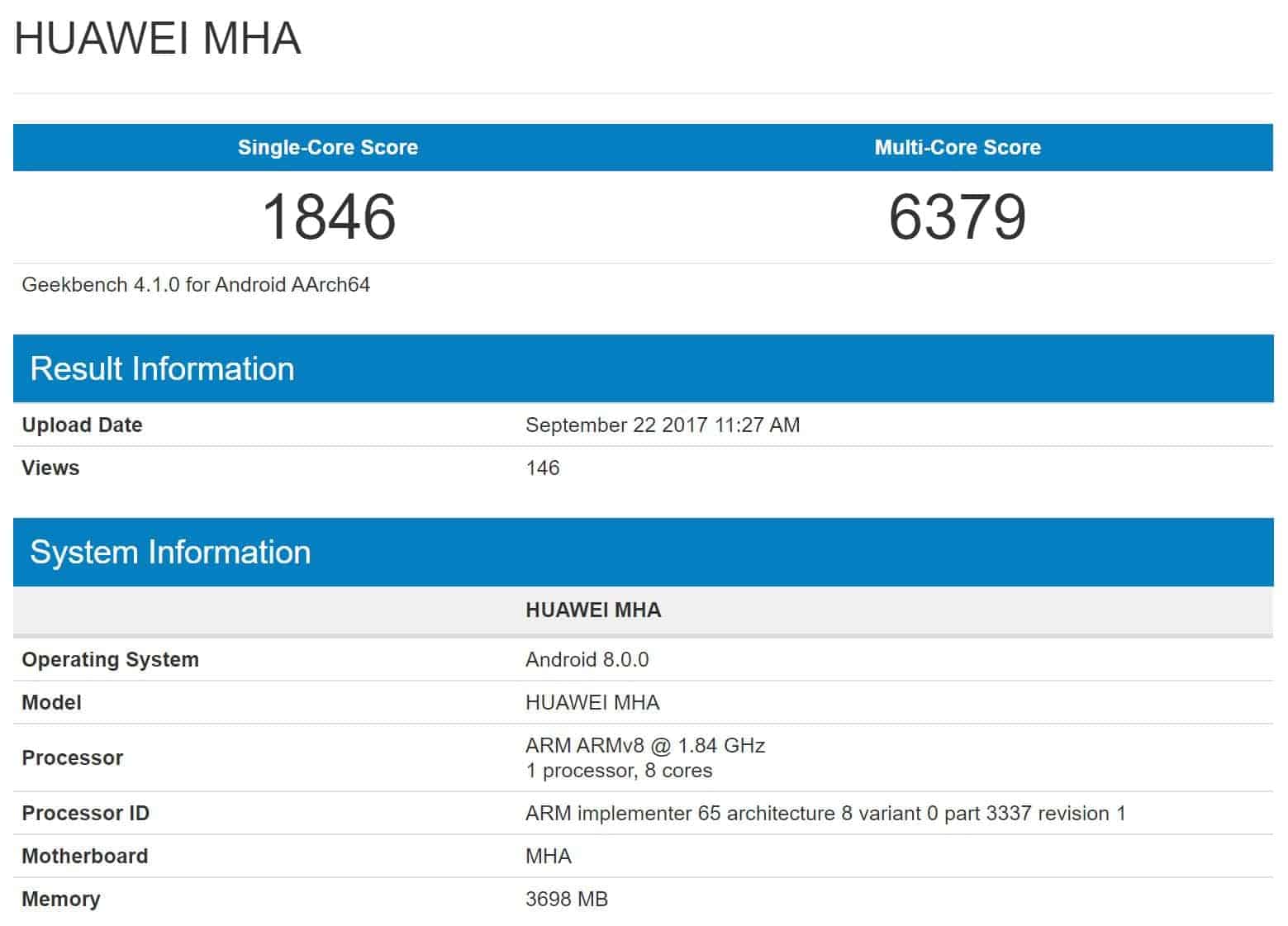