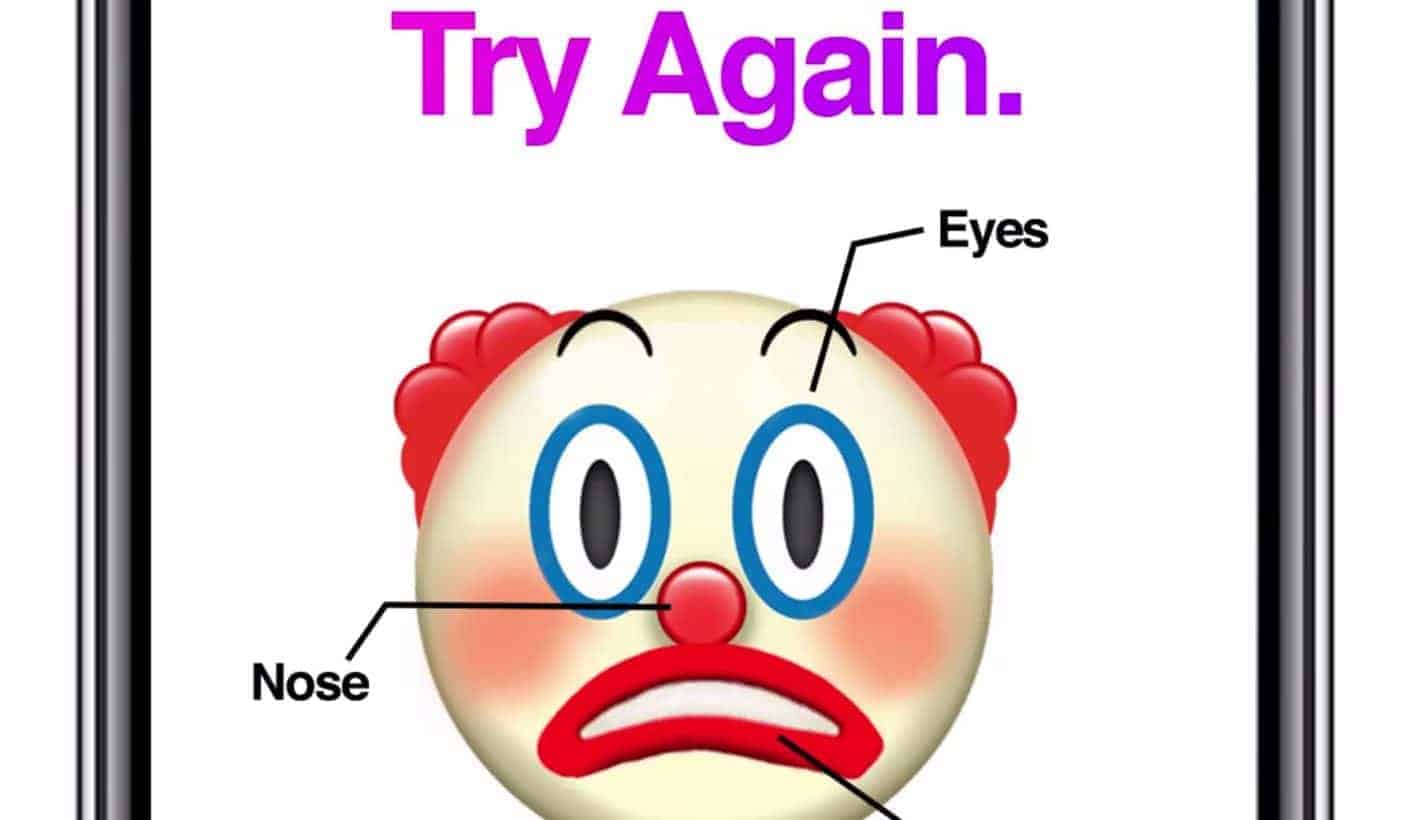 Huawei Mobile recently posted a new teaser for its Mate 10 flagship which the company is planning to unveil in mid-October, with its latest promotional clip being focused on making fun of the iPhone X, i.e. the unsuccessful Face ID demo shown during Apple's product keynote held last Tuesday. The short video that can be seen below shows a device with an edge-to-edge screen which is trying to identify a generic cartoon clown and fails to do so, instructing the user to "try again." The skit is strongly alluding to Apple Senior Vice President of Software Engineering Craig Federighi who unsuccessfully tried to authenticate himself using Face ID twice during the announcement of the iPhone X before finally managing to unlock the device using his face for the third time after a few minutes. Huawei's joke precedes a hashtag suggesting that "the real AI phone" will be unveiled on October 16, the date on which the Mate 10 is set to be officially launched, as the tech giant previously confirmed.

The Chinese original equipment manufacturer has been rather vocal about artificial intelligence in recent times, having presented its HiSilicon Kirin 970 SoC as "the first true AI chip" ever created, noting how its new piece of mobile silicon is equipped with a Neural Processing Unit meant specifically for AI computing and related applications. The concept of artificial intelligence is currently being explored by all units of Huawei Mobile, as even its software design teams are currently pursuing AI-powered user interfaces which evolve alongside their owners.

The Mate 10 itself is expected to become Huawei's first handset with a relatively bezel-free design and a tall display panel adopting an aspect ratio of 18:9, i.e. 2:1. Apart from the Kirin 970, the flagship is also believed to ship with at least 6GB of RAM and 64GB of internal flash memory, as well as a dual camera setup on its rear panel. The Mate 10 is said to be accompanied by two other smartphones from the same series which will feature more conventional designs and less powerful hardware, industry insiders said earlier this year. The Huawei-made flagship is likely to become commercially available by November following its Berlin announcement next month.