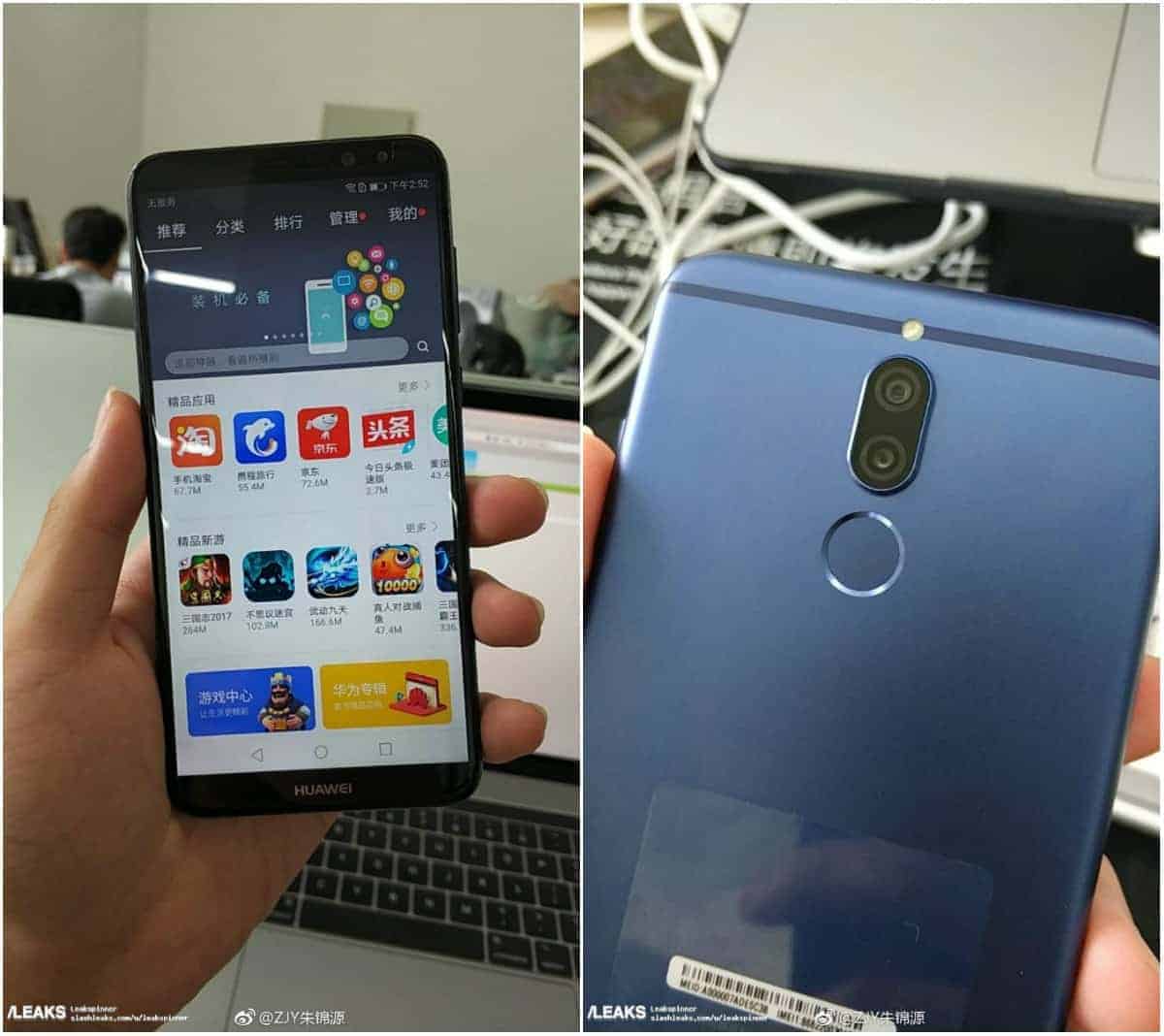 The Huawei Maimang 6 had popped up several times in the last couple of days, and now three real life images of this smartphone appeared. This handset had been certified by TENAA (China's equivalent to the FCC) a couple of days ago, while the phone's renders surfaced yesterday. Having said that, it was also confirmed yesterday that this phone will be announced in China on September 22, and it's also worth noting that the phone will probably be called the Huawei G10 in the global market (outside of China).

Having said that, the new images actually let us take a pretty good look at the design of this smartphone, and its surprisingly thin bezels, though not as thin as some other phones out in the market right now. Based on the info provided by TENAA, and the fact this is a Maimang-branded handset, it's safe to say this will be a mid-range handset, and its design actually looks rather nice for a mid-ranger, mainly due to its rather thin bezels, though they're not thin to a point they can compete with the likes of Samsung's or LG's flagships, of course, though the Huawei Mate 10 Pro might be able to step into that territory when it launches next month. In any case, the Huawei Maimang 6 will be made out of metal, as you can see in the provided images, and it will not sport front-facing physical keys, though the company's branding will be present below the device's display. This handset will utilize on-screen buttons, and all of its physical keys will be located on the right. The Huawei Maimang 6 will also come with a dual camera setup on the back, a single LED flash and a rear-facing fingerprint scanner.

The third image in the gallery down below says that the phone will be fueled by the HiSilicon Kirin 659 64-bit octa-core processor, which is Huawei's mid-range SoC, and that the phone will pack in 4GB of RAM on the inside. That image also says that this phone's display will sport a 2160 x 1080 resolution, and that it will pack in 64GB of native storage. Emotion UI (EMUI) 5.1 is also mentioned here, which means that the Huawei Maimang 6 will ship with Android Nougat out of the box. Now, TENAA also revealed that we're looking at a 5.9-inch display here, and that the phone will utilize a 3,240mAh non-removable battery. This smartphone will also include a quad-camera setup, 16 and 2-megapixel shooters will be included on the back, while 13 and 2-megapixel snappers will be available on the front side of this smartphone.