Huawei filed for a trademark on the term “Selfie Toning Flash” earlier this month, with the Chinese original equipment manufacturer (OEM) initially submitting its application on Friday. The trademark application was filed with the European Union Intellectual Property Office (EUIPO) and is still under examination, with this particular agency usually taking several months to review such filings. The Shenzhen, China-based tech giant has yet to submit an identical application in its home country and other markets, which may indicate that the firm is primarily looking to use the trademark in Europe.

The term itself hints at a front-facing flash unit which accompanies a secondary camera of a smartphone and might be related to the Mate 10, Huawei’s upcoming Android-powered flagship which the company is scheduled to officially announce in mid-October. The tech giant’s application clearly states that the term in question is related to smartphones, photography, and flash bulbs, strongly suggesting that “Selfie Toning Flash” may be how Huawei starts referring to (some of) its front-facing dual-tone LED flash units going forward. No other details about the trademark and the technology it denotes have been revealed by the listing, though EUIPO could disclose additional information on the matter once it approves the application in late 2018.

Apart from the “Selfie Toning Flash,” Huawei recently filed for an even more mysterious trademark in Europe, with the Chinese consumer electronics manufacturer looking to protect the term “Huawei Poésie” as its intellectual property. Being one of the largest tech giants on the planet, Huawei has a robust and constantly growing patent and trademark portfolio, so the sole fact that the company filed for yet another trademark doesn’t necessarily guarantee it will ever commercialize it. Still, if the “Selfie Toning Flash” is in some way related to the Mate 10, more details on its capabilities should follow shortly, with the firm’s next Android flagship being set for an official announcement on October 16. Apart from the Mate 10, Huawei is also said to be working on the Mate 10 Lite, a more conventional-looking device that won’t have an 18:9 aspect ratio and will presumably ship with mid-range specs. The Mate 10 series is expected to become commercially available in Europe, Asia, and a number of other markets come this year’s holiday season. 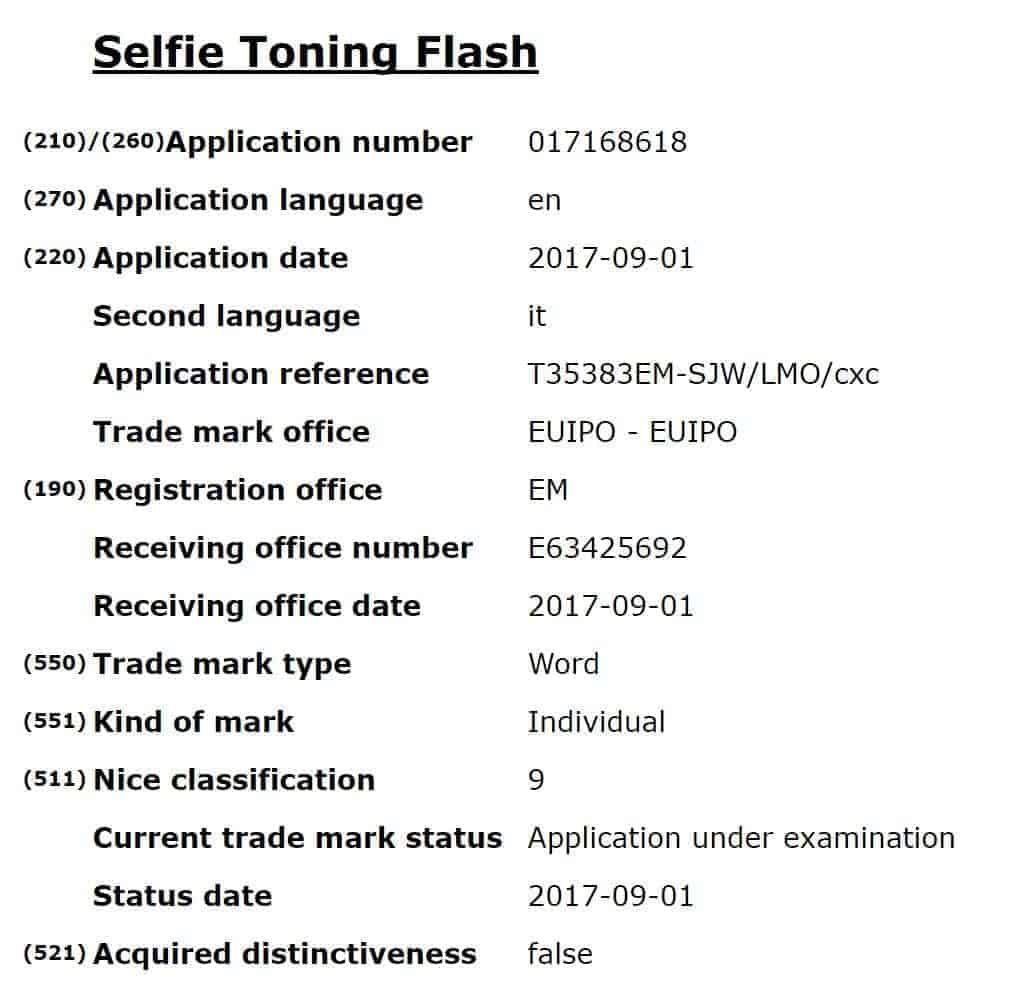