The Edge Sense functionality of the HTC U11 which allows users to activate certain apps by simply squeezing the frame of the phone is becoming more customizable, with HTC currently being in the process of rolling out a new beta update for the feature which should provide owners of its latest flagship with the option of creating per-app shortcuts that can be tied to the pressure-sensitive frame of the handset, The Verge reports. The new Edge Sense build originally appeared on the Google Play Store several hours back and may take a while before it’s distributed to all participants in the app’s beta program; refer to the banner below to see if it’s already available for download on your device.

The recently introduced per-app shortcuts are extremely customizable, presenting HTC U11 owners with the option of associating certain manners of squeezing the device with specific actions within individual apps. E.g. setting up a squeeze-to-zoom shortcut for Google Photos is now possible, as is programming a squeeze-to-play/pause action for YouTube. The feature itself is still in a highly experimental phase of development and is likely to go through several iterations before being available to users of the HTC U11 all over the world, with initial reports indicating that the current version of the functionality doesn’t work in a reliable manner in the context of some of the more complicated shortcuts, particularly the ones which are meant to work in conjunction with a third-party Android keyboard. Regardless, the upcoming additions to Edge Sense should significantly expand the capabilities of HTC’s proprietary software and allow it to evolve into a robust custom shortcut tool, thus putting an additional emphasis on this unique characteristic of HTC’s latest flagship. It’s currently unclear how long the Taiwanese original equipment manufacturer (OEM) may take to finalize a stable build of the new software but more details on the matter are expected to follow in the coming weeks.

An Edge Sense-like functionality is also said to be part of the upcoming Pixel 2 and Pixel XL 2 flagships which Google is expected to officially unveil come early October, with recent rumors suggesting that while HTC is only manufacturing the smaller Google-branded Android handset this year, it will provide its proprietary pressure-sensitive frames and dual stereo speakers to both devices. The tech giant’s smartphone unit has been largely struggling to make an impact in recent years and may even be sold to Google, Taiwanese media reported earlier this week. 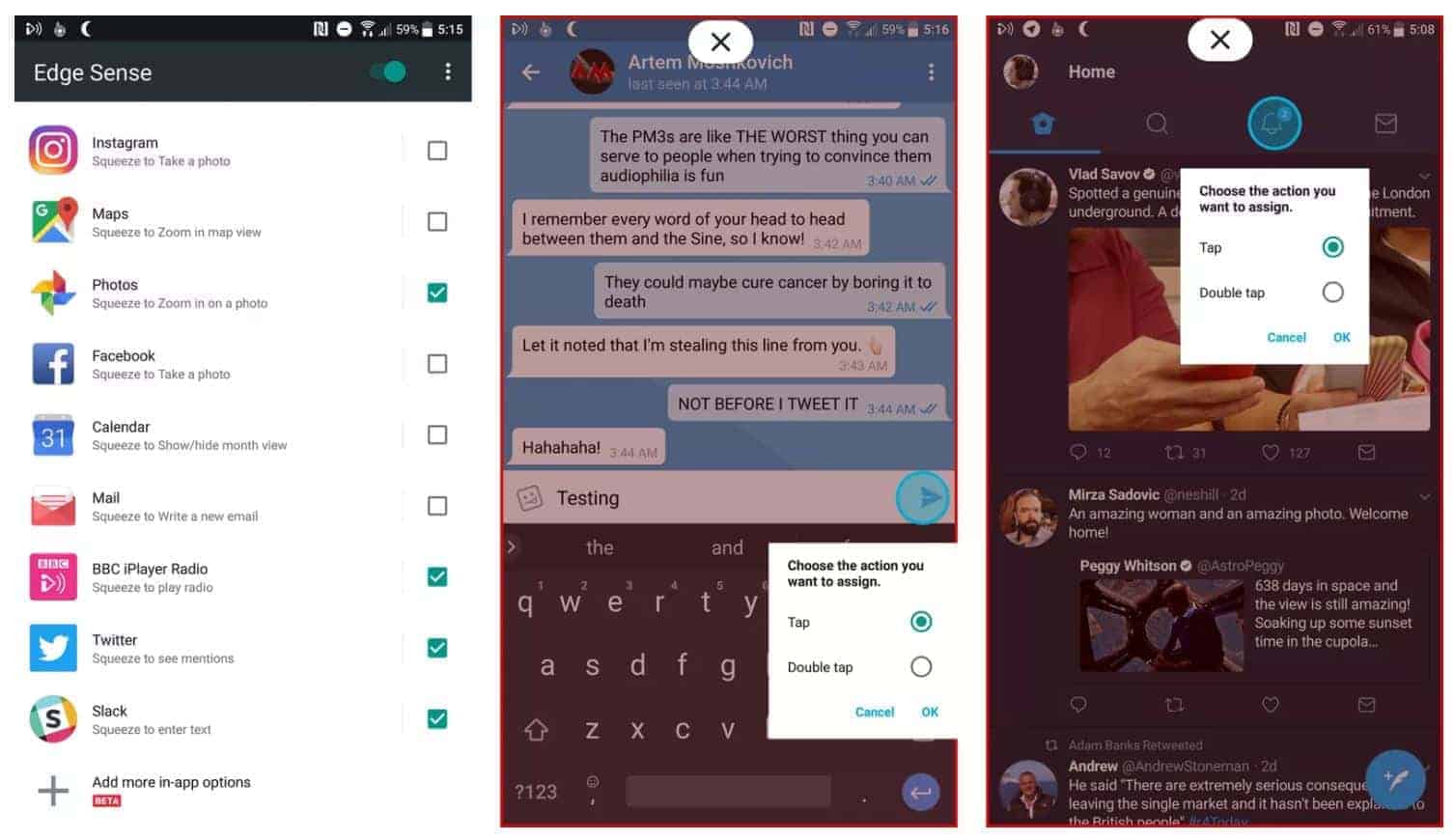