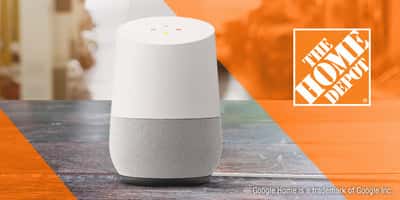 Google Express, Google’s local shopping service that boasts quick shipment and full Google Assistant integration, will be gaining support for placing orders to your local Home Depot at some point this Autumn. No specific date was given, but the general timeframe that was given in the press release likely means that the store will be live on Google Express before December. Naturally, the store being on board with Google Express will mean that customers can order things through almost any Google Assistant-enabled device, including your Google Home, and your Android phone or tablet.

Google Express already covers a wide variety of large retail chains, and the move to include Home Depot could easily be thought of as long overdue. In the press release announcing the new addition to Google Express, Chief Marketing Officer Kevin Hofmann called Google a “key strategic partner”, and stated that Home Depot as a company is glad to be on board with Google Express. This move marks full saturation between Google and Home Depot; users of Google products and services can now buy Home Depot products from all of their devices with relative ease. Rival Lowe’s is already partnered up with Google Express, which means that this strategic move will help Home Depot to close a significant gap in its retail strategy.

Google Express’ integration with Google Assistant is a key part of its functionality, and helps Google Home to compete with Amazon Echo in the shopping arena. While Google Home may not boast full access to and integration with Amazon’s vast inventory, each store that’s added on to Google Express gives Google Home owners less and less reason to think about switching to the Amazon Echo and its Alexa AI and ecosystem. Major retailers like Walmart, Target, and Costco are already on board, which theoretically allows Google Home and Google Assistant users to shop for anything they may need, outside of some more niche purchases that may need to be made on occasion. Naturally, Home Depot would fall into that category, since buying home improvement supplies and other tools is not something the average person does on a daily basis.