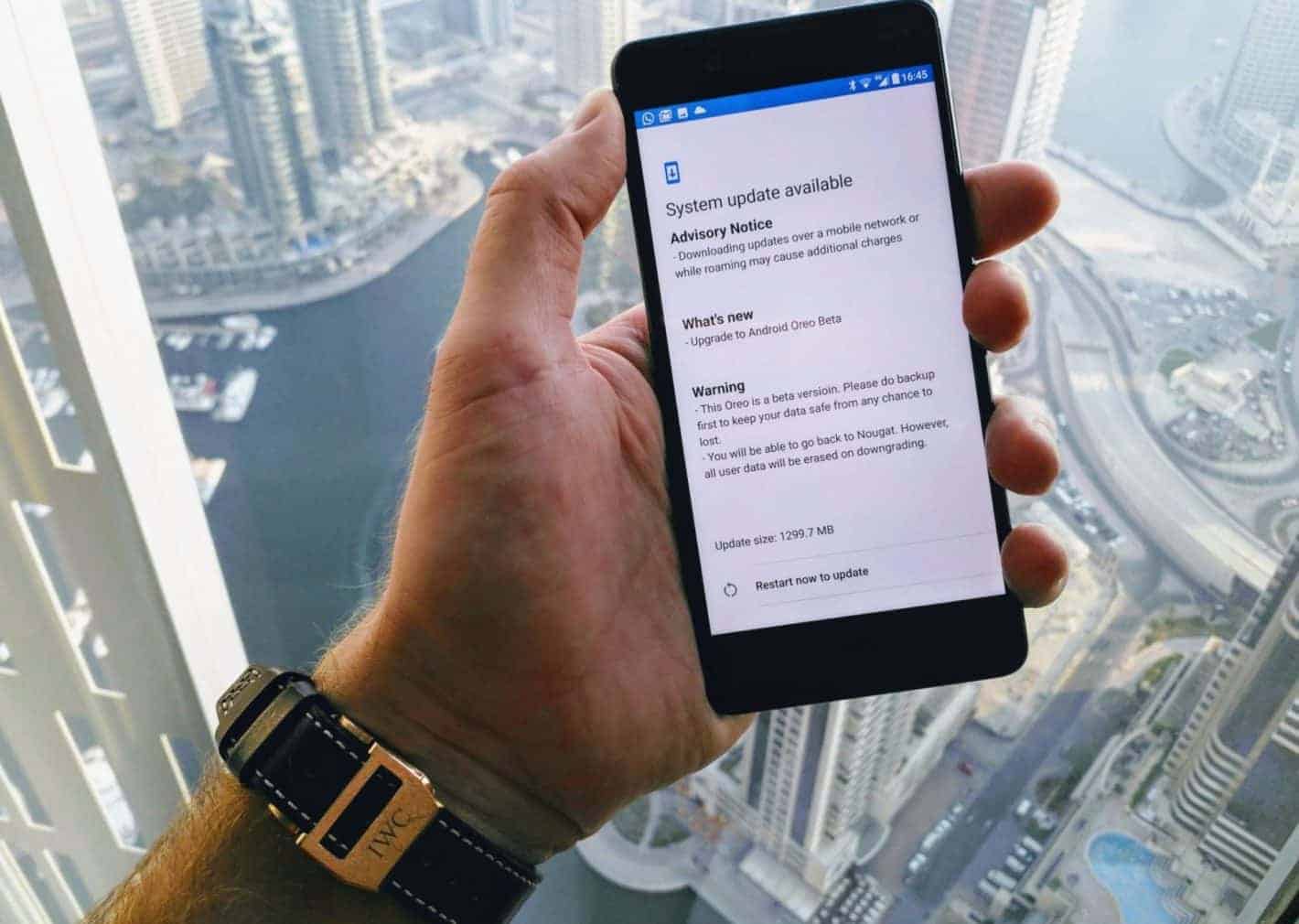 HMD Global Chief Product Officer Juho Sarvikas recently took to Twitter to share two images of the Nokia 8 that got a prompt to download Android 8.0 Oreo, the latest iteration of Google's open-source mobile operating system which the company's flagship is meant to receive in the near future. According to Mr. Sarvikas's statement accompanying the two images that can be seen below, the update itself still isn't being rolled out around the world and is instead in the process of being tested by the Finnish phone maker. According to both images, the Android 8.0 Oreo update for the Nokia 8 will be almost 1.3GB in size, or at least its beta version is. Whether the company manages to further compress the software before it hits the stable channel remains to be seen, though 1.3GB is a fairly average size of a major Android OS upgrade across all smartphones.

HMD Global previously confirmed that all of its smartphones released this year will be updated to Android 8.0 Oreo in the future, and being the company's most premium offering, the Nokia 8 is likely to be the first to run the new firmware before mid-range and entry-level offerings receive the same OS build. A device that's believed to be the Nokia 8 even though it was benchmarked as the Nokia 9 was spotted online earlier this month running the new version of Google's popular operating system, with that sighting confirming that the Finnish company is already testing the update and will likely proceed to launch it by early fall. The Nokia 8 itself still isn't available on a global level and is only expected to be released in certain key markets like India in the coming weeks.

The first post-Microsoft Nokia flagship was announced earlier this summer, boasting a 5.3-inch QHD panel and being powered by the Qualcomm Snapdragon 835 SoC and 4GB of RAM. The Nokia 8 also comes with 64GB of internal flash memory expandable with a microSD card and a 13-megapixel front-facing camera, whereas its rear panel houses a two-sensor imaging system comprised of two 13-megapixel modules with laser and phase detection autofocus support and a dual-LED flash. A USB Type-C port is also part of the package here, as is Bluetooth 5.0, NFC, and a metal unibody design.