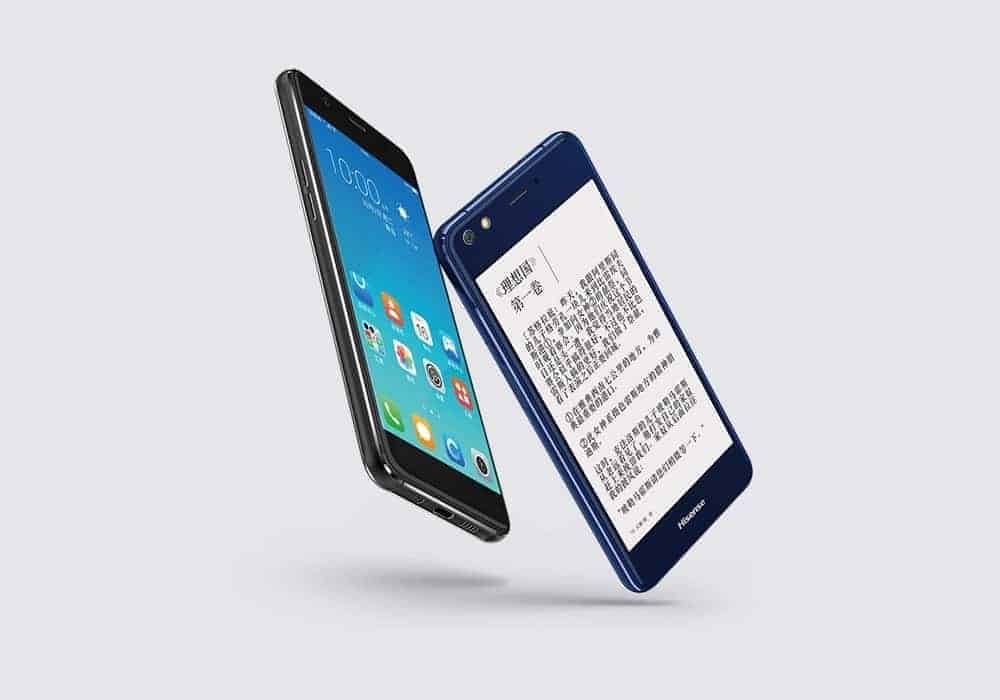 The new Hisense A2 Pro is now official and it sports dual displays, allowing users to conserve the smartphone's battery life by checking the time, notifications, and other things on the secondary screen. The front display is a 5.5-inch AMOLED panel with a full HD resolution of 1,920 x 1,080 pixels, while the secondary screen is a 5.2-inch E Ink display with a resolution of 960 x 540 pixels. Both the front and the rear displays have 2.5D curved glass. The Hisense A2 Pro follows the previous Hisense A2, which launched at CNY 2,999 (roughly $435). No pricing details are available yet for the new Pro version, but it's expected to be more expensive.

Under the hood, the Hisense A2 Pro packs an octa-core Qualcomm Snapdragon 625 processor, paired with 4GB of RAM. Other specs include 64GB of internal storage space, microSD card support for additional memory, a 12-megapixel rear camera with LED flash, and a 16-megapixel front camera. The handset also features a hybrid dual-SIM setup, which means that one card slot can be used for either a second SIM, or for a microSD card. The Hisense A2 Pro further features a fingerprint scanner located on its right side, a volume rocker on the left side, while at the bottom it has a 3.5mm headphone jack and a USB Type-C port for charging and data transfers. The smartphone has a metal frame and measures 156.5 x 76.7 x 8.4 mm, and weighs 8.4 grams.

Keeping things up and running is a 3,090 mAh battery, which should deliver decent performance on a single charge, especially since the secondary E Ink display doesn't need as much power as the main screen. The Hisense A2 Pro launches with Android 7.1 Nougat on board. The handset is already up for pre-order on Chinese site Jingdong and it will officially go on sale on September 26, which is when pricing details should become available as well. The product listing currently shows a price of CNY 9,999, but that could very well just be a placeholder until the smartphone is ready to hit retail. The smartphone is expected to cost roughly CNY 500 or so more than the Hisense A2, but no official details are available yet.