Here's your first look at the upcoming Nokia 2, according to Evan Blass who recently posted this duo of leaked press renders on Twitter, showcasing that the phone will come in two different colors at least including black and white. While these might be the only two colors which Nokia makes available, it's also entirely possible that it will come in more than two. The Nokia 2 will be one of Nokia's latest smartphones launched with Android under the ownership of HMD Global, and will be joining the likes of the Nokia 8, the Nokia 6, the Nokia 5, and the Nokia 3, and will seemingly be the most entry-level device out of the lineup.

While there's not a whole lot of information about the Nokia 2 just yet, a rumor from earlier this morning suggests that the phone may come with a 4,000mAh battery which would be a significantly higher capacity than some of the other devices, though it's worth keeping in mind that prior rumors about the Nokia 2 were pointing to a 2,800mAh capacity battery instead, and this seems to be a more likely possibility given that this is probably going to be a budget handset meant for the low-end of the market.

Other rumors peg the phone as coming with a 5-inch HD screen, 1GB of RAM, and a Snapdragon 220 processor powering the device. It's also rumored to come with a 5-megapixel camera on the front and an 8-megapixel camera on the back. All of the information about specs with this device are still just rumors, but one element of the device that is a certainty is what version of Android will come on it, as Nokia and HMD Global have been very open about keeping their devices up to date with the latest software. The Nokia 2 will no doubt be coming with Android Nougat, and should eventually get Android Oreo once Nokia begins rolling out that version of Android to its other, more high-end devices. There's no word on a release date yet, but four different models of the Nokia 2 have already been certified by the FCC so it might not be long before Nokia unveils the phone and puts it on the market. 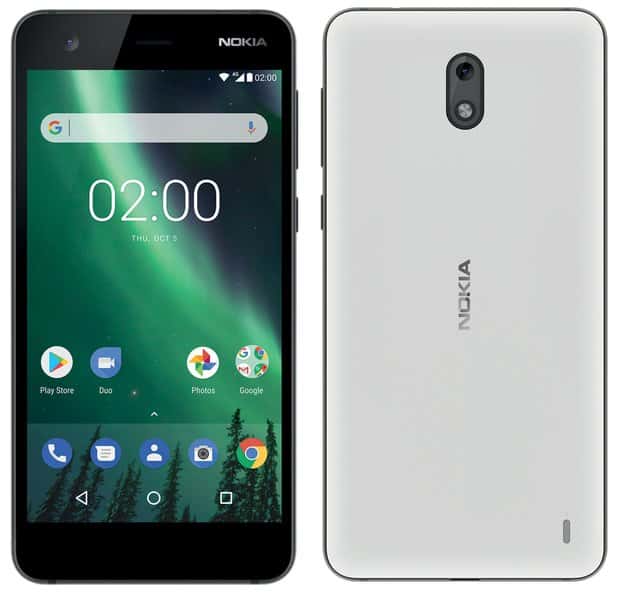