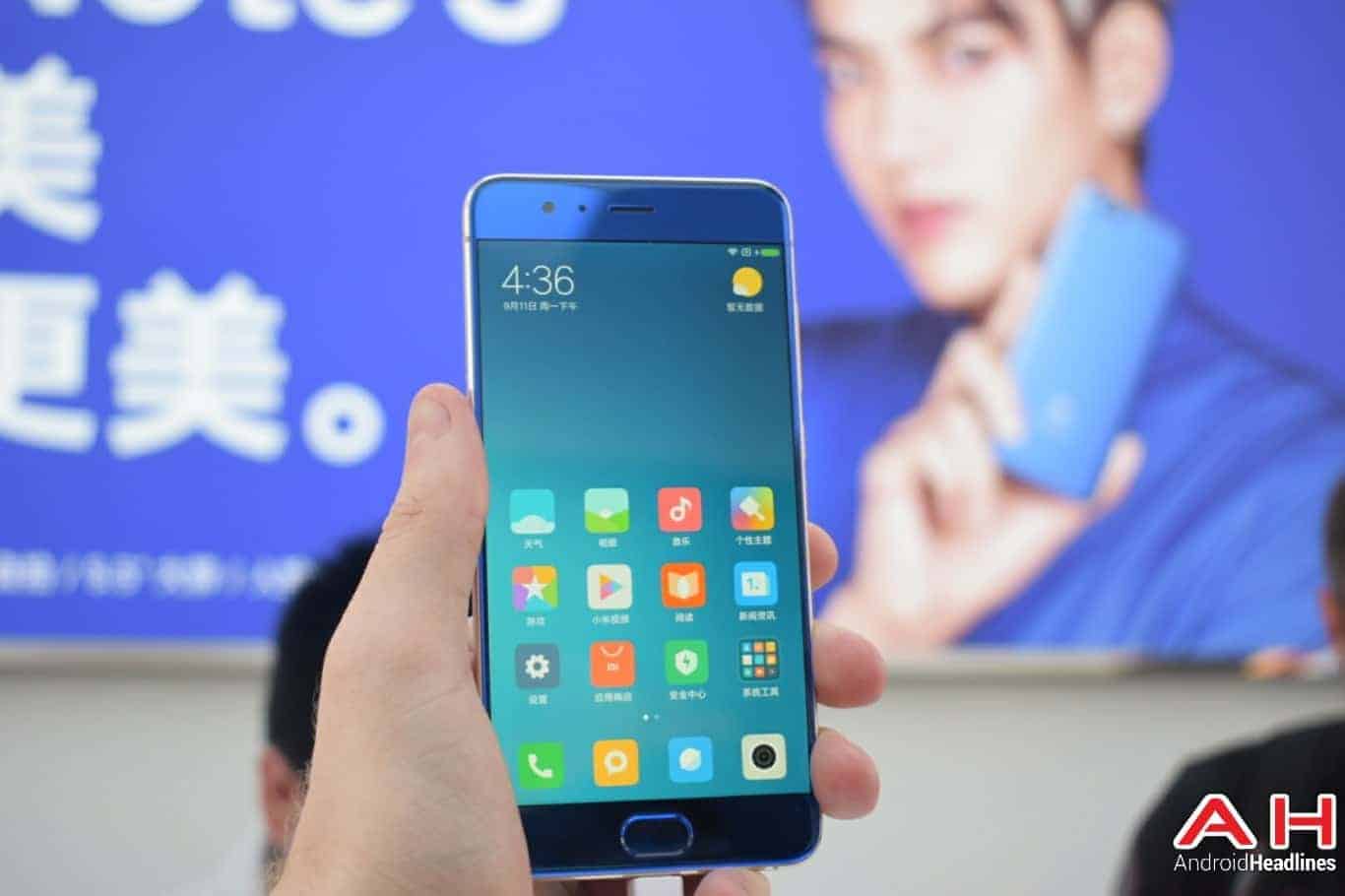 Xiaomi announced several new devices a couple of hours back, two premium offerings in the form of the Mi MIX 2 flagship and Mi Notebook Pro laptop, and a new mid-ranger presented as the latest addition to its phablet series – the Mi Note 3. The handset is essentially a larger and slightly downgraded version of the Mi 6 which Xiaomi launched earlier this year but despite being powered by a somewhat weaker Snapdragon 660 system-on-chip (SoC), its general performance doesn't seem to be any different; the smartphone is just as fast as Xiaomi's best offerings to date, featuring a responsive interface that ships as part of the MIUI 9 Android skin, as well as a spacious 5.5-inch screen which was previously rumored to debut on the Mi 6 Plus, with Xiaomi now being unlikely to use this moniker for any of its future products.

The Mi Note 3 is made of metal and glass and boasts a Full HD (1,920 x 1,080) LCD panel which is comparable to a number of recent popular choices among Android enthusiasts like the OnePlus 5. The screen utilizes a conventional aspect ratio of 16:9 and is what you've come to expect from your standard mid-range handset, being spacious enough for virtually any task you'd realistically expect to accomplish on a smartphone while simultaneously remaining easy to get used to. Xiaomi has yet to disclose the detailed specifications of the display module found on the Mi Note 3, though our limited testing suggests that the handset is more than usable in direct sunlight.

The rear side of the handset houses a dual camera setup which is virtually identical to the one found on the Mi 6 which was touted as being extremely capable and versatile by both critics and consumers alike. The system entails two 12-megapixel Sony-made sensors, with the main one sitting behind a wide-angle lens and the other taking advantage of telephoto glass. The dual-LED flash unit and optical image stabilization (OIS) support make the Mi Note 3 suitable for low-light photography and its general imaging capabilities are better than what you'd expect from a mid-range offering, which this device technically is. The top bezel of the Mi Note 3 houses a 16-megapixel camera module boasting a large sensor with a pixel size of 2.0µm which is more than adequate for traditional selfies, limited testing indicates.

The smartphone itself is relatively comfortable to hold, if not just a little bit slippery, though a thin case should eliminate those minor issues. The Mi Note 3 still rests well in your hand, being somewhat heavier than the regular 5.5-inch device, tipping the scales at 163g. The regularly sized bezels of the smartphone may not be in accordance with the latest industry trends followed by the likes of Samsung, LG, and even Xiaomi with its Mi MIX 2 which debuted alongside the Mi Note 3 earlier today, but the benefit of that approach is that you get a front-facing fingerprint reader embedded into a physical Home button, which is something that certain consumers will appreciate.

The Mi Note 3's stereo speakers sound great and its general audio potential is also rather high, with the phone having a 3.5mm audio jack and Bluetooth 5.0 support which should allow it to easily connect to multiple speakers and serve as a multimedia control hub when needed. The new MIUI 9 Android skin is rather responsive and seems like it was designed specifically for Xiaomi's latest phablet, though it remains to be seen whether all of its features like smart image search and various AI capabilities will be ported over to the English variant of the ROM, provided that the Mi Note 3 is ever officially released in the West.

The Mi Note 3 is going on sale in China tomorrow, starting at 2,499 Yuan ($384), which is the price of the version with 6GB of RAM and 64GB of internal flash memory. Those looking for 128GB of storage space will have to pay 2,899 Yuan ($445), Xiaomi said. Those price tags pertain to the black model, whereas the blue one with 128GB of native storage will retail for 2,999 Yuan ($460). No global availability details have been provided by the Beijing, China-based original equipment manufacturer, suggesting that the Mi Note 3 may never officially make its way out of the Far Eastern country save for a possible release in India. Still, online resellers like GearBest are bound to have the device in stock this fall and will presumably be shipping them worldwide at no extra charge, as is usually the case with all of Xiaomi's products.