On top of the new Google Pixel smartphones, Google Home Mini and new Daydream hardware, it appears that Google has a new Chromebook coming at their fall hardware event. The Google Pixelbook. This is said to be its high-end Chromebook machine, which also comes with a stylus, called the Pixelbook Pen. Which shows that this is clearly aimed at the Surface from Microsoft. The Pixelbook, at least according to this leak, is going to be priced at $1299.

According to Droid Life, the Pixelbook is going to be available in silver only. And it'll have three storage capacities, 128GB, 256GB and 512GB. For 128GB of storage, you'll be shelling out $1199, 256GB will cost you $1399 and 512GB will cost you $1749. Other specs are not yet available, but the display will likely be a 3:2 aspect ratio like the previous Chromebook Pixels, and the newer models from Samsung and ASUS. It'll likely sport the latest Intel Core i5 or i7, although that is not confirmed just yet. Now the Pixelbook does also fold  into a tablet. And thanks to the Pixelbook Pen, you'll be able to use it like the Samsung Chromebook Plus or Chromebook Pro. The Pixelbook Pen is not included and will cost $99. This stylus is said to be pressure sensitive, and according to this report, there's no lag either.

There's no word on when the Pixelbook will be released, and where it'll be sold (of course, it'll obviously be available at the Google Store). That information should hopefully be available during the October 4th event which is taking place in San Francisco, where Google will announce the Pixelbook Chromebook as well as a number of other hardware products that the company has been working on. It's been quite a few years since Google released its own Chromebook, of course, that does seem to be the trend that Google is going for. As there was about two years between the first Chromebook Pixel and the second model. There's still a lot to learn about the Pixelbook here, but it's price is definitely a surprising one, or perhaps not judging by Google's past with the Chromebook Pixel machines. 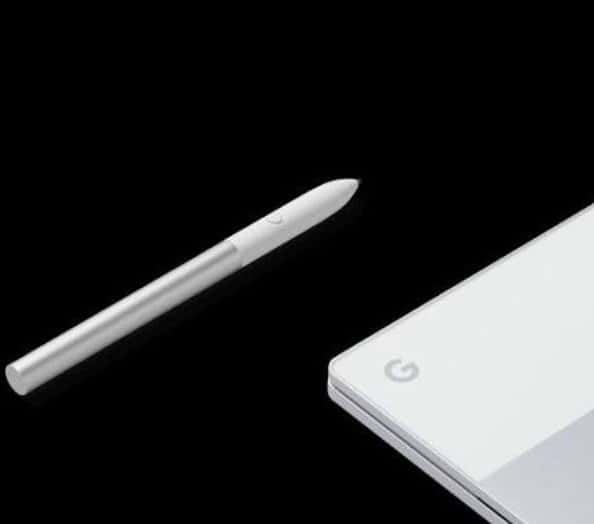