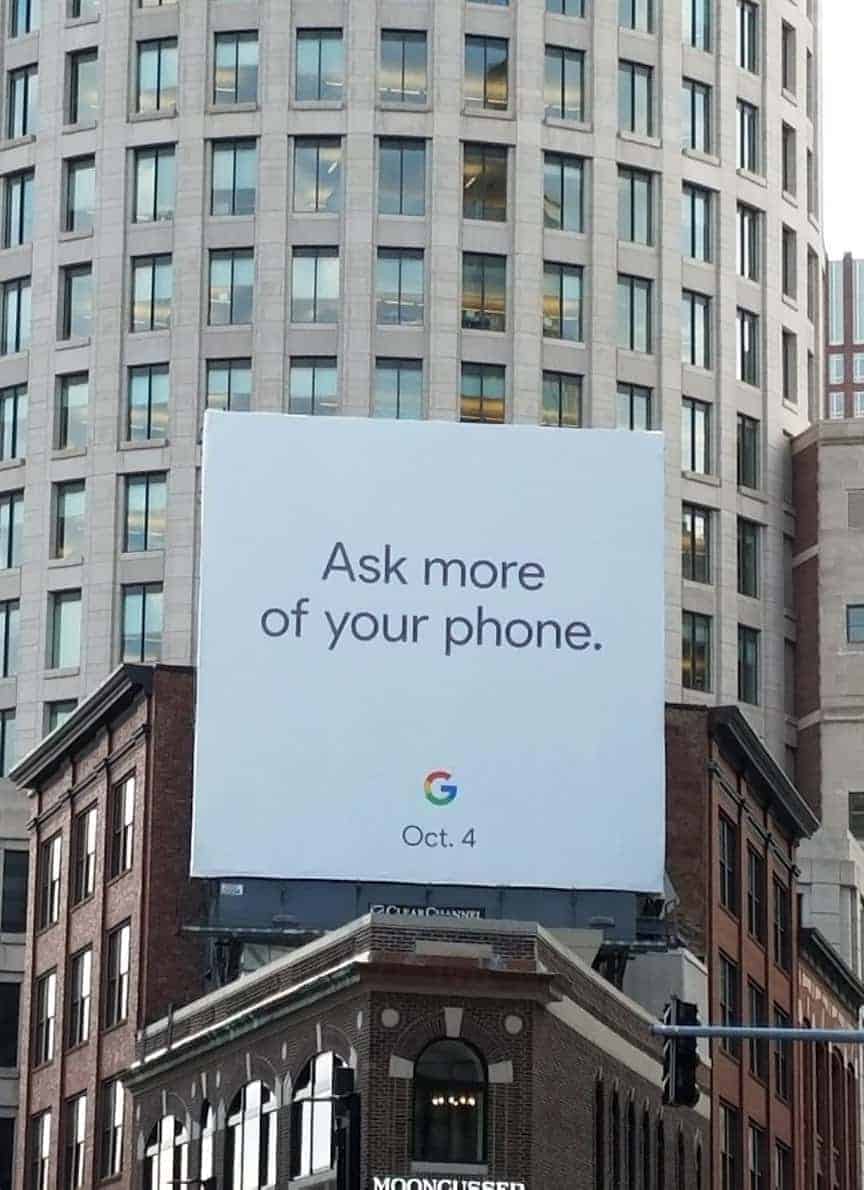 Google has put up a billboard hinting at an October 4th phone event, and although there are no pictures of the upcoming Pixel 2 or Pixel XL 2, and Google isn't directly saying there is going to be an event on the 4th let alone that it will be for new devices replacing the current generation Pixel and Pixel XL, the sign does have two pieces of information that suggest that will be the case. For one, the sign says "ask more of your phone," hinting that Google will showcase new phones that will be able to do more for its users. In addition to this, there is a date at the bottom of the billboard that clearly says October 4th, which means this is likely the date of an event.

Considering all of this, it also shouldn't be too much of a surprise that Google would hold an event on this day to show off its new phones for this year, the reason being that October 4th was the day that it officially announced the Pixel and the Pixel XL last year, and it's held events on this day for other products in the past too, not to mention rumors have already been suggesting Google would announce its new phones on the same day it did last year. These details would point to Google wanting to keep the same date for its upcoming product reveals, as people are familiar with the time and there's really no seemingly logical reason to shake things up.

That said, there was also a rumor that Google would be holding its event on October 5th this year instead. If this sign is any indication, it doesn't look like Google has plans to deviate from its well-known announcement day. A simple billboard with a potentially non-relative message and a date could have absolutely nothing to do with Google's next-gen. Pixel device announcements, but it's more unlikely that it has to do with anything else. Google I/O was earlier this year which would be the only other time of year that Google would announce anything for consumers but it didn't announce new Pixel products at the conference, and it hasn't announced flagship phones at I/O for a while, so the most plausible scenario seems to be that consumers can expect to learn more about, as well as see for the first time officially, Google's Pixel 2 and Pixel XL 2 on October 4th.