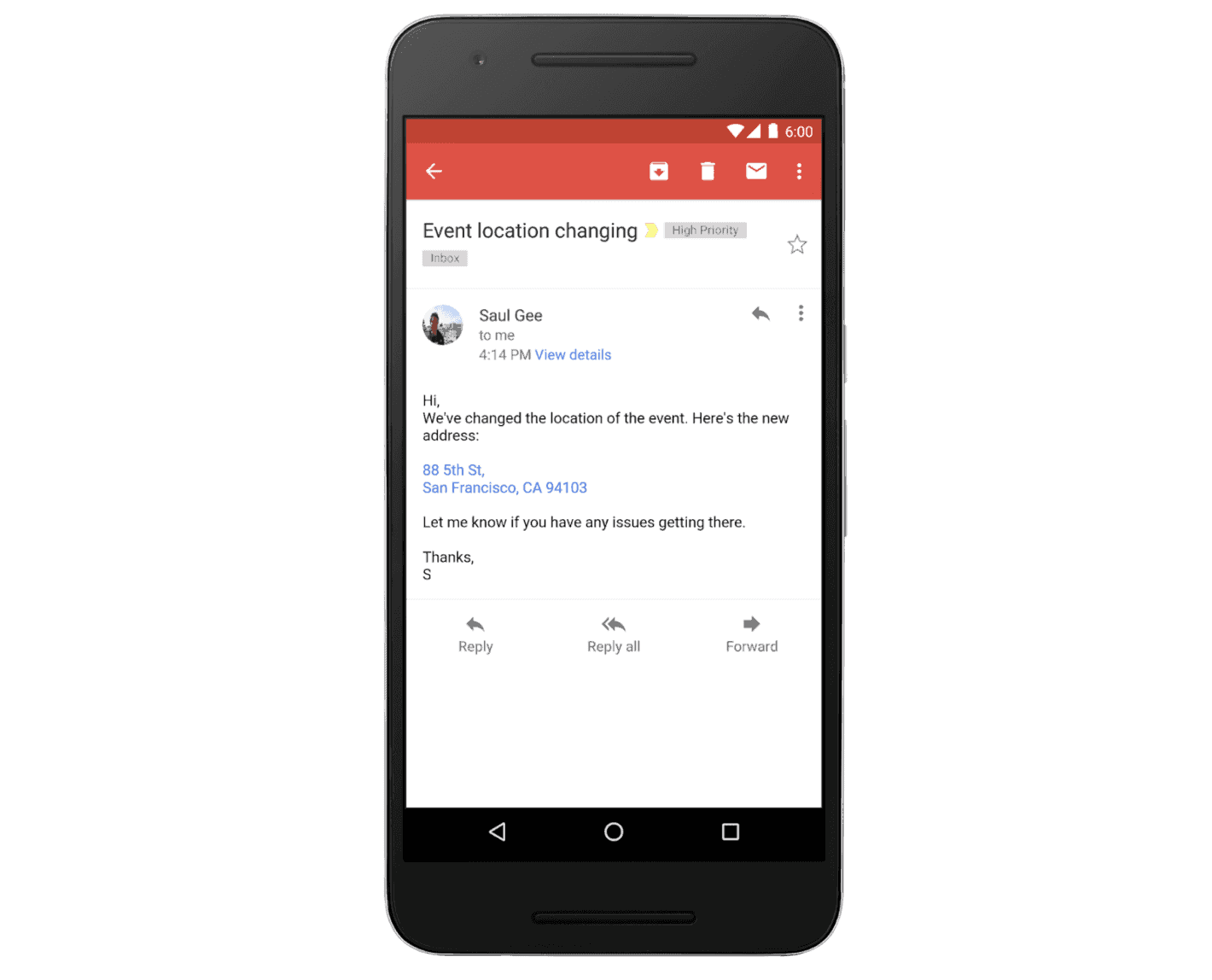 Gmail users will soon find that the app is giving them actionable hyperlinks for certain types of content, rather than text that has to be copied and pasted into another app. Email addresses, phone numbers, and physical addresses displayed in an email message will all have their own actions. Addresses will take you to them on Google Maps, phone numbers will take you to the call screen of your default phone app, and clicking on an email address will start composing an email to that address with your default email client, even if it isn't in the Gmail family. The changes will affect both Inbox and Gmail on Android, iOS, and web.

The changes will make linked content appear as a normal hyperlink, no matter what field of the message it's in. All street addresses, email addresses, and phone numbers will become clickable links tied to their respective actions. Once a user sees the change, all they have to do is click or tap on the content to initiate the action. The clickable links are detected automatically, rather than added in by the sender, so some bugs are likely to be present early on, as with just about any feature of Google products that does something automatically; these processes are normally based upon AI technologies like machine learning and neural networking, which means that they will take some time to learn everything they need to know to do their job effectively.

Gmail has gotten a number of useful new features recently, including one that people have been asking Google to implement for a long time in the form of being able to change your password and manage your Google account details from directly within the Gmail app. The service also became just a bit more secure recently when Google began to actively resist government requests for personal information and content from users' Gmail accounts, when the law allows the company to keep the information from government agencies. Gmail on mobile is shaping up to be one of the best email clients in the ecosystem, and is now being pushed toward becoming as useful and full-featured as its desktop counterpart.