‘Bezel-less’ smartphones have been a huge hit this year, and it seems like Gionee is working on one such phone as well, as the render of this handset just popped up. If you take a look at the provided image, you’ll get to see a phone which sports really thin bezels on the sides and above its display, while its bottom bezel is slightly thicker than the one above the display. Gionee’s logo is placed on the bottom bezel, and the power / lock key is located on the right side, which almost certainly means that the volume up and volume down buttons are on the left. This phone seems to be made out of metal, though we cannot know for sure.

Now, we don’t really have all that much spec info when it comes to this phone, but a mysterious Gionee-branded smartphone did visit GFXBench quite recently, and that phone sported a 6-inch display, so it is possible that it was the Gionee M7. In any case, if that was the Gionee M7, then you can expect this handset to ship with the MediaTek MT6757CD SoC, 4GB of RAM and 64GB of native storage. Android 7.0 Nougat will probably come pre-installed on the phone, with Gionee’s skin on top of it. So, if these specs are accurate, this will be a budget smartphone by Gionee, which may be accurate, but this phone definitely looks like a more expensive handset, at least based on the provided render. It is still unknown when will the device launch, but the company will probably start sharing official teasers on its Weibo (Chinese social network) in the coming weeks.

Having said that, Gionee did not exactly release a ton of devices this year, but we did see some interesting phones out there. Like the Gionee S10, for example. This company is also expected to release the Gionee M2018 in the near future, as that handset already popped up on TENAA. In addition to that, it’s worth noting that Gionee’s bike-sharing startup teased the arrival of the Gionee M7 earlier this month, though the company really did not reveal any specific details when it comes to the device, so we’re in the dark until some more info pops up, stay tuned. 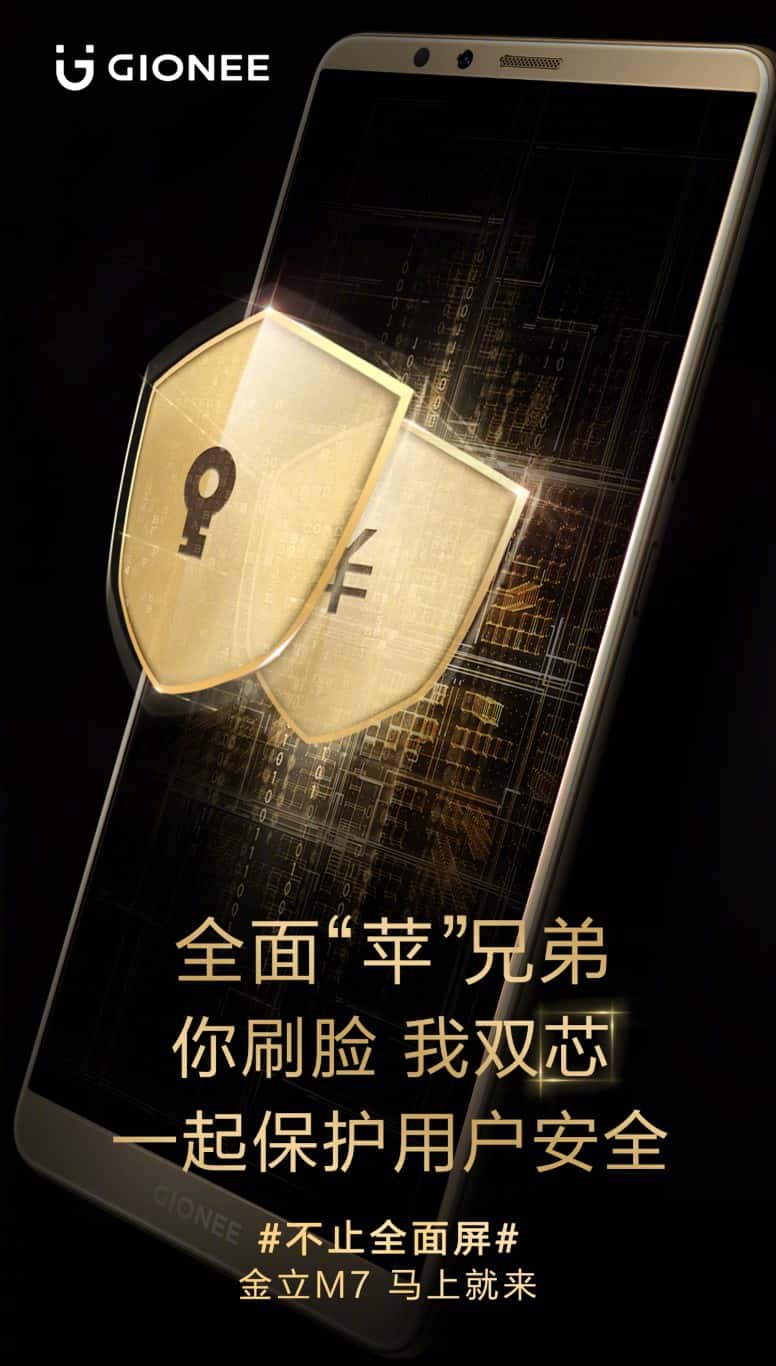