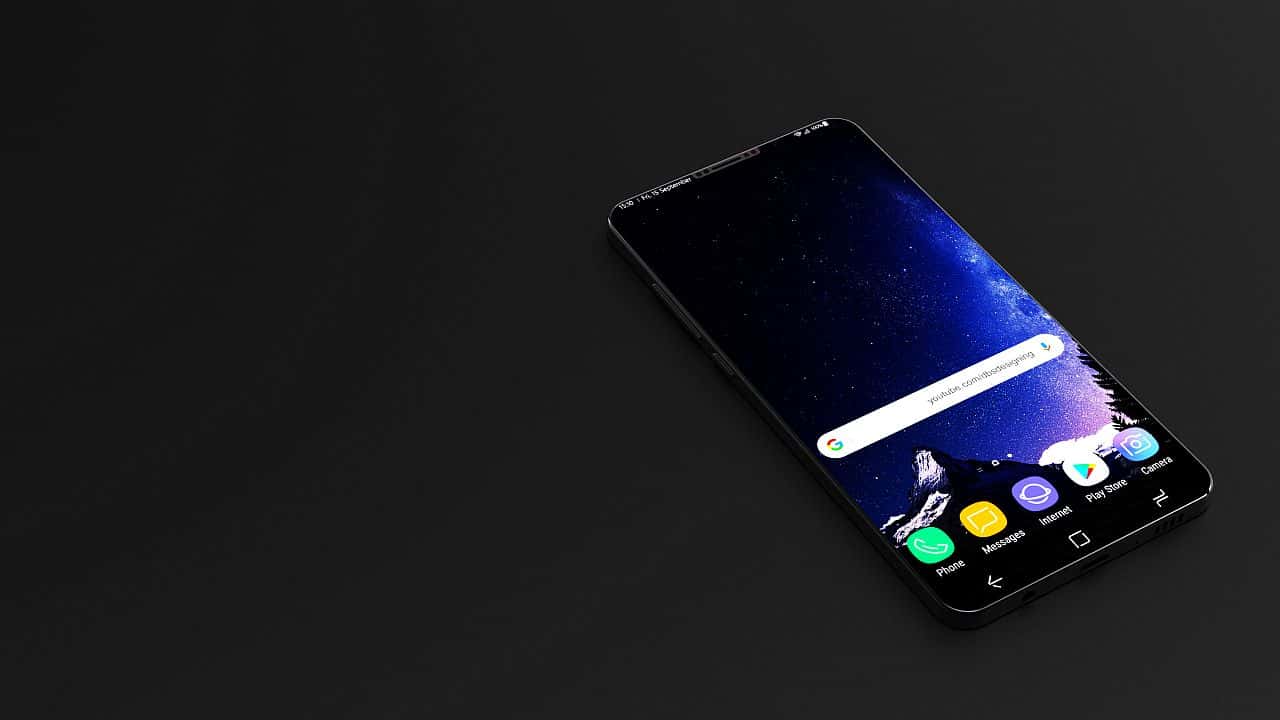 The Samsung Galaxy S9 will not launch until the first half of next year, but a new concept of this smartphone has just surfaced. Keep in mind that this is a third-party concept of the device, and it has nothing to do with the official design. Having said that, this design comes from DBS DESIGNING, a YouTube channel which releases such designs every once in a while. Now, you can check out the design video down below, while there are also quite a few images included in the gallery.

DBS DESIGNING envisioned the Galaxy S9 to be a bezel-less smartphone, which was to be expected, as the Galaxy S8 is almost completely bezel-less. A Type-C port is included on the bottom of this phone, along with the phone's loudspeaker and a 3.5mm headphone jack. The device seems to be made out of metal and glass, just like its predecessor, and its display is almost completely bezel-less, there is a very small part of it that is not, at the very top, where some sensors are placed along with the the phone's speaker. This handset comes with a set of on-screen buttons, similar to the ones that were included in the Galaxy S8. Having said that, the source also decided to share some imaginary specs for this handset. The concept Galaxy S9 features an Infinity Display which comes with an aspect ratio of 18:9, and QHD+ resolution, while a fingerprint scanner is placed below this display. That technology will not be available until the second half of next year, so chances that the Galaxy S9 will actually sport such a fingerprint scanner are really not that big.

Android 8.1 Oreo comes pre-installed on this phone, according to the source, while the device packs in 6GB of RAM and 128GB of storage. A 3,600mAh non-removable battery is included in this device, and two 18-megapixel shooter are placed on the back of this phone. Speaking of dual cameras, you will also find a dual camera setup on the front side of the phone, two 13-megapixel snappers. That is pretty much it, this phone does look futuristic, though chances are that the Galaxy S9 will look somewhat different, of course.